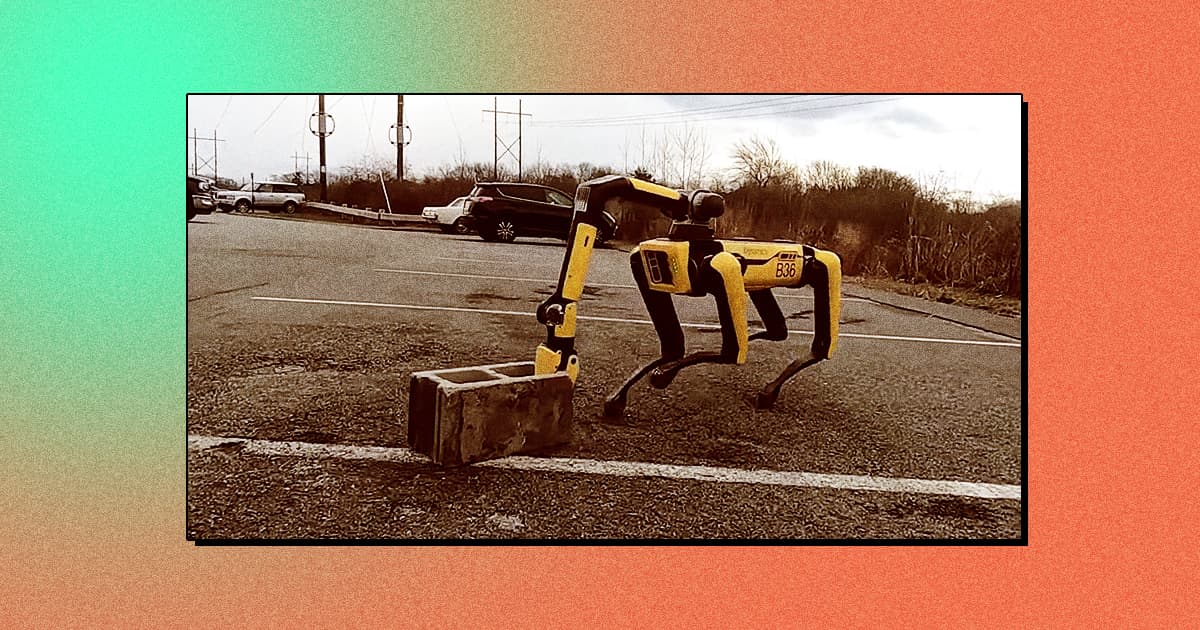 Boston Dynamics Robodog Has a Dexterous Arm in New Video

If they gave Spot a gun, we'd be in big trouble.

If they gave Spot a gun, we'd be in big trouble.

The video shows off Spot's dexterity with the robotic arm that extends upward out of its back. In the clip, the robot tidies up a room, twirls a jump rope — for another Spot to hop over, of course — and perhaps most impressively, walks around to draw a crisp letter "S" in a parking lot with a stick of chalk.

According to the video, the behaviors shown on camera are meant to show off a new interface for the robots that enables both autonomous and remote-controlled behaviors.

It's not clear from the video which actions are autonomous and which ones are being guided by an engineer behind the scenes. But regardless of who's pulling the levers, the robot is able to show off a striking level of fine motor control.

The occasional Boston Dynamics supercuts are generally pretty fun, but the company has more serious aspirations than building high tech playthings. Spot has been sent into Chernobyl, and NASA has considered sending one on a mission to Mars.

Robot dogs, though not those made by Boston Dynamics, are also being built for combat and for military patrols, so maybe ask before you go up to pet one.