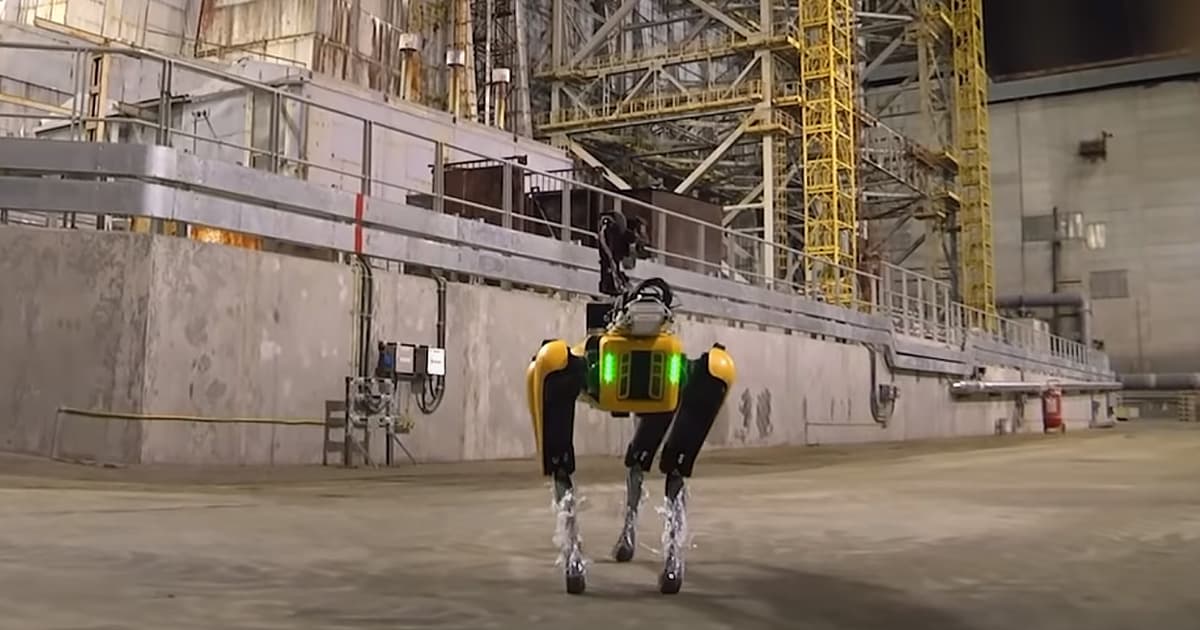 This is exactly what Spot was designed for.

This is exactly what Spot was designed for.

A team of engineers from the University of Bristol visited the Chernobyl Nuclear Plant last week to test out Spot, a four-legged robodog made by US-based robotics company Boston Dynamics, according to Ukrainian broadcaster Ukrinform.

Spot is capable of making inspection rounds all by itself and can navigate hostile environments such as the highly radioactive site of the former nuclear power plant.

Spot went for a walk around the surrounding areas and into the New Safe Confinement structure, a massive moveable dome of steel meant to keep in dangerous radiation from the plant's number 4 reactor unit, which was destroyed during the 1986 disaster.

The robot's main task was to survey levels of radiation in the area, creating a three-dimensional map of the distribution.

During the same exercise, the team from Bristol University also tested out drones and remotely operated sensors and scanners, according to Ukrinform.

Last year, University of Bristol researchers visited the site to carry out the first ever done-based mapping survey of the "Red Forest," a four square mile wooded area surrounding the Chernobyl power plant.

More on Spot: Oh No: Boston Dynamics Will Start Selling Arms For Its Robodogs