This "one-of-a-kind" shield is putting a lid on dangerous radioactive debris. 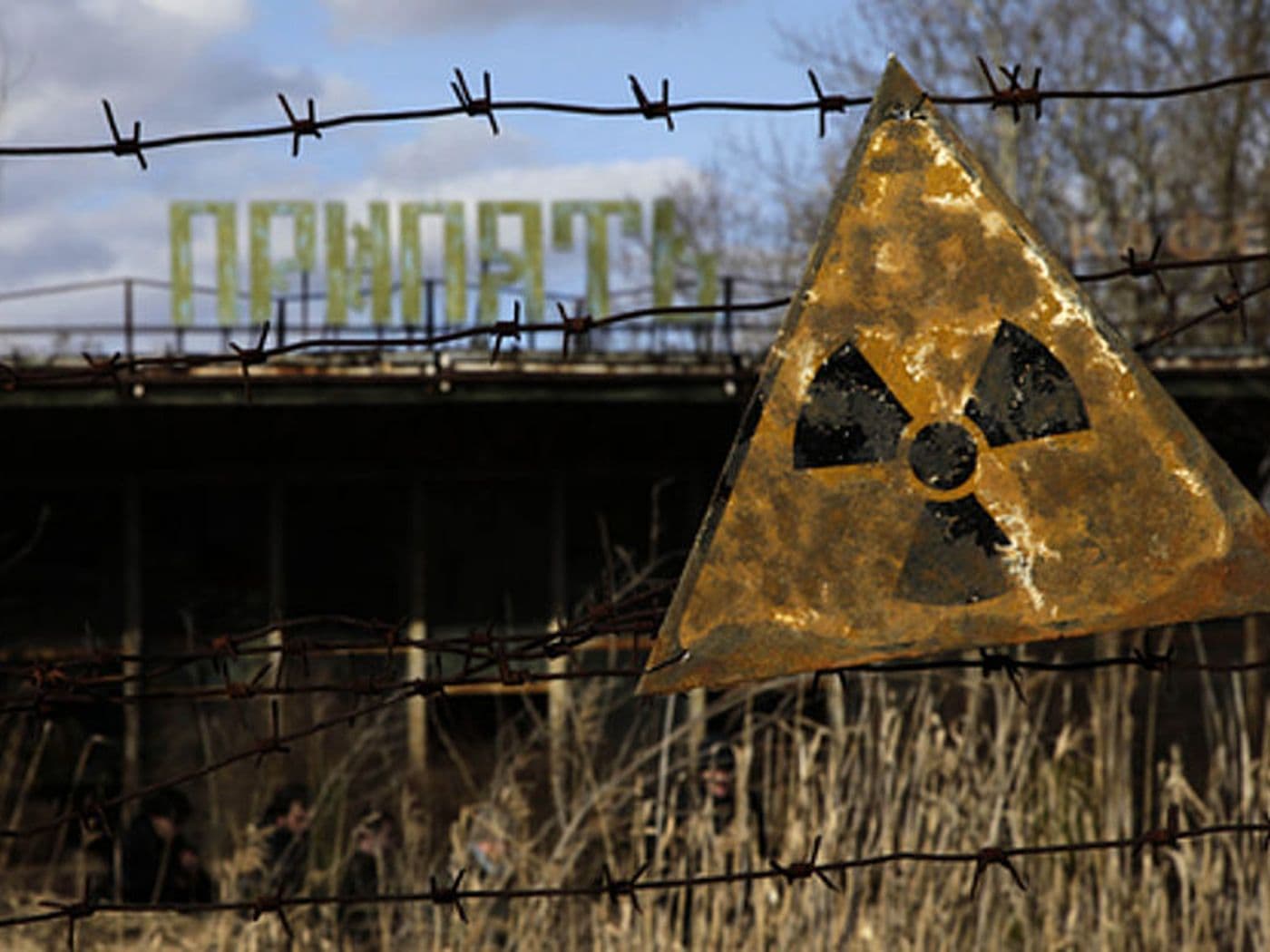 It's been 30 years since the Chernobyl nuclear disaster, and we're still dealing with the consequences. Despite being encased in a steel and concrete structure, the plant still leaks radiation, and each passing year has brought with it an increased possibility of a major leak. Thankfully, this week, a new structure dubbed the New Safe Confinement (NSC) is being slid on top of the ruined power plant to replace its previous seal and provide an estimated 100 years of safe confinement.

Construction on the NSC began in 2010, and more than 40 countries were involved in its creation. It has been described as “the largest moveable land-based structure ever built,” with a height of around 108 meters (354 feet), a width of 257 meters (843 feet), a length of 162 meters (531 feet), and a weight of roughly 36,000 tons. Costing a total of $1.6 billion USD, the "one-of-a-kind" structure will take five days to slide into place above Chernobyl's reactor 4, the exact site of the meltdown.

The completed structure will allow for the disassembly and clean-up of reactor 4 with less worry of radioactive material spewing out to the atmosphere as it boasts an advanced ventilation system and is resistant to tornadoes. Ostap Semerak, Minister of Ecology and Natural Resources of Ukraine, said in a statement that it is “the end of a 30-year long fight with the consequences of the 1986 accident.”

The 1986 Chernobyl nuclear disaster had huge consequences for a lot of people. The area 30 kilometers (18.6 miles) around the blast area was lost due to radioactivity. Its effects on humans are still felt by later generations as well, with some of the children of the original victims of the accident being diagnosed with thyroid cancer.

While the event was devastating, some good did come from it. It exposed several flaws not only in the design of nuclear power plants at the time, but also in how authorities dealt with a catastrophe of such great magnitude. That lead to better safety features for today's nuclear plants, including a shift from more passive safety features to more active ones that give more control to operators in case of a malfunction.

Thirty years after Chernobyl, we can now say that nuclear power plants are much safer than they were before, and current innovations in nuclear technology are making it an even more viable clean power source for future generation.

Read This Next
Lil Dudes
Something Cool Is Happening to the Frogs at Chernobyl
Fusion Force
China Announces Plan for Hybrid Fission-Fusion Power Facility
Great Balls of Fire
"Radioactive Gobstoppers" Could Stop the Next Nuclear Reactor Meltdown
Futurism
Fukushima Plans to Power Region With 100% Renewable Energy
Floating Chernobyl
Russia Is Floating a Nuclear Power Plant Across the Arctic
More on Earth & Energy
Reptilian Revenge
Yesterday on the byte
Saboteur Iguana Causes Mass Power Outage, Then Dies
Drawing the Line
Yesterday on the byte
Satellite Images Show Progress on 100-Mile Long Skyscraper in Saudi Arabia
Shark Week
Yesterday on the byte
Scientists Stumble Upon Huge Graveyard of Sharks, Deep Under Ocean
READ MORE STORIES ABOUT / Earth & Energy
Keep up.
Subscribe to our daily newsletter to keep in touch with the subjects shaping our future.
+Social+Newsletter
TopicsAbout UsContact Us
Copyright ©, Camden Media Inc All Rights Reserved. See our User Agreement, Privacy Policy and Data Use Policy. The material on this site may not be reproduced, distributed, transmitted, cached or otherwise used, except with prior written permission of Futurism. Articles may contain affiliate links which enable us to share in the revenue of any purchases made.
Fonts by Typekit and Monotype.