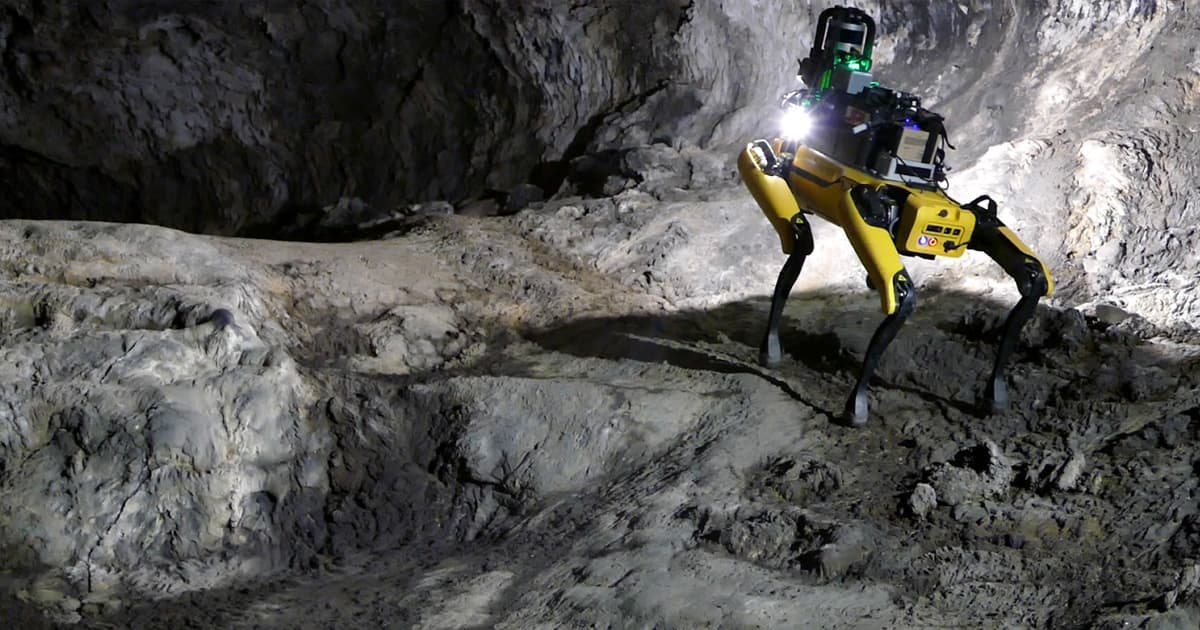 Okay, this is a pretty interesting idea.

Okay, this is a pretty interesting idea.

NASA scientists have an unusual idea for exploring the surface of Mars: sending a four-legged robot dog.

Specifically, researchers suggested that a modified version of Boston Dynamics' dog-like Spot robot would make for a great alternative to the classic Mars rover, Live Science reports. The idea is that they're better suited to cover long distances and rough terrain — and could even help map out possible locations for the type of human outpost NASA hopes to eventually establish on the Red Planet.

Scientists are already testing out the idea, equipping a Spot robot with new gear that could help it navigate and plot its surroundings, according to Live Science's account. The prototype robodog, nicknamed Au-Spot, would be able to cross terrain that's inaccessible to a wheeled rover and do so much faster, while also hiking around obstacles and standing back up if it falls over.

"Toppling does not mean mission failure," the NASA scientists said while presenting the idea at Monday's annual American Geophysical Union meeting, according to Live Science's reporting. "Using recovery algorithms, the robot can self-right from a multitude of falls."

Part of Au-Spot's mission would be to explore and develop maps of Martian caves and tunnels, according to Live Science, in search of suitable locations for a human outpost. For now, it's doing test runs in hallways and tunnels that mimic Martian terrain in California.

"These behaviors could one day enable revolutionary scientific missions to take place on the Martian surface and subsurface, thereby pushing the boundaries of NASA's capability in exploring traditionally inaccessible sites," the scientists said.