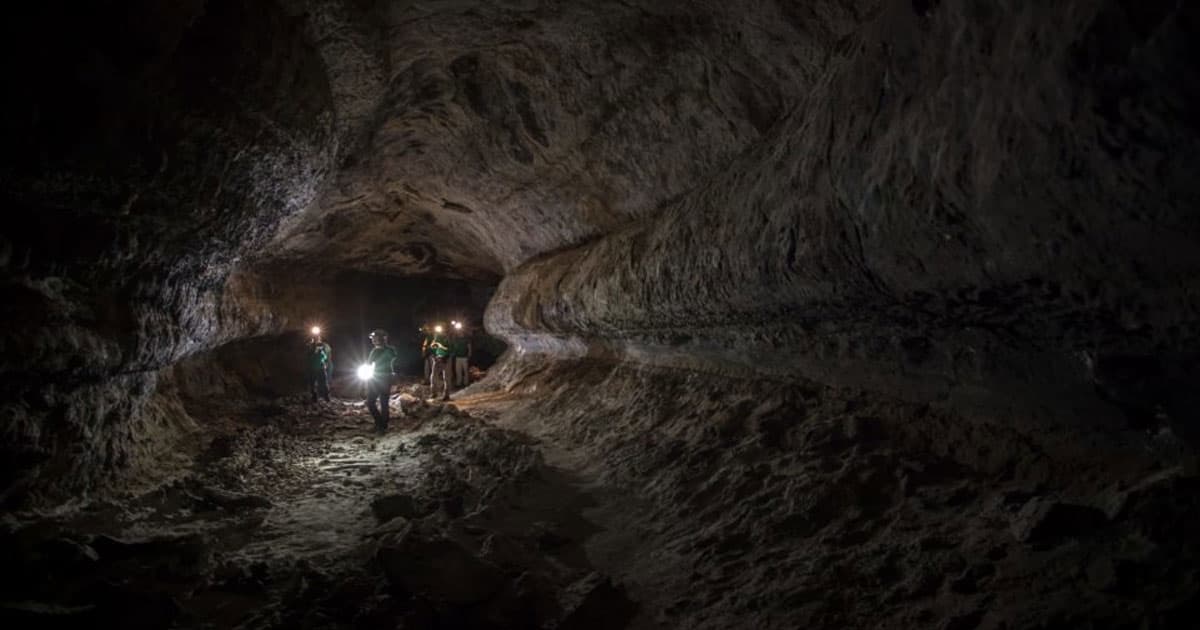 In order to establish a base on Mars, settlers will be forced to survive extremely harsh conditions and an onslaught of cosmic radiation. To do that, they may end up hiding underground in caverns called lava tubes.

Scientists have long suggested that hiding out in lava tubes might be the key to building safe lunar or Mars bases. But they knew very little about the tubes themselves. Now, thanks to research published last month in the journal Earth-Science Reviews, scientists at the European Space Agency and several research universities believe that these underground caverns are likely large enough to fit and shelter functional Mars bases.

According to the research, the lava tubes on Mars and the Moon are considerably larger than here on Earth. Enough so that they believe future settlements or research outposts could be safely nestled away inside.

The researchers compared signs of subterranean collapse on each of the three worlds' surfaces to the size of known lava tubes on Earth. Since the collapses on Mars were larger, they conclude that the tubes are as well.

Despite their larger size, the researchers believe that the lava tubes are surprisingly stable, meaning settlers wouldn't have to worry about them collapsing around them.

"Lava tubes could provide stable shields from cosmic and solar radiation and micrometeorite impacts which are often happening on the surfaces of planetary bodies," European Space Agency researcher Francesco Sauro said in a press release. "Moreover, they have great potential for providing an environment in which temperatures do not vary from day- to night-time."

READ MORE: Lava tubes on Mars and the Moon are so wide they can host planetary bases [University of Bologna]