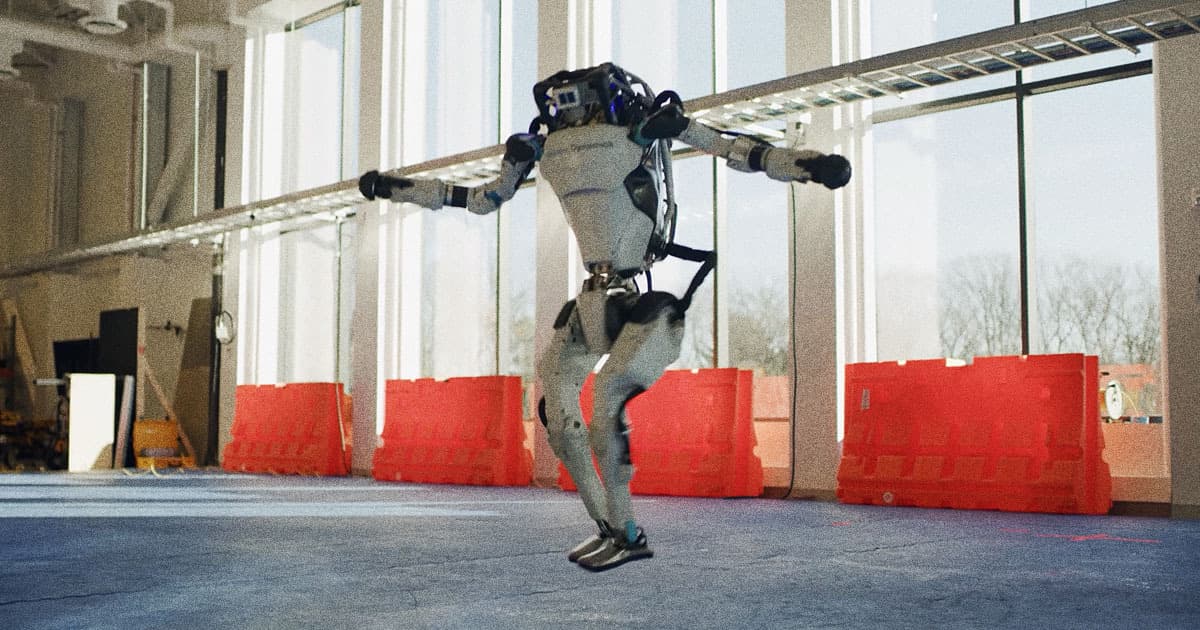 All right, this is cool.

All right, this is cool.

A new video shows a crew of Boston Dynamics robots busting some impressive dance moves, to the beat of The Contours' 1962 smash hit "Do You Love Me":

The clip, like many others that Boston Dynamics has released in the past, is an extraordinary testament to the capabilities of its homebrewed robots.

The company's humanoid Atlas bot shines in the video with a variety of deft twists, gyrations and even jumps, and the dog-like Spot gets into the rhythm as well. Its ostrich-like Handle robot also makes an appearance, though it's more underwhelming.

Boston Dynamics' technical prowess is beyond repute (NASA has even suggested sending a modified Spot unit to Mars) but the company's secretive collaborations with law enforcement and the military have also led to fears that the robots could become tools of repression or even Terminator-like killing machines.

Maybe that's why they picked this particular song by The Contours — which is definitely a bop, but also contains the plaintive lines:

Do you love me
Now that I can dance