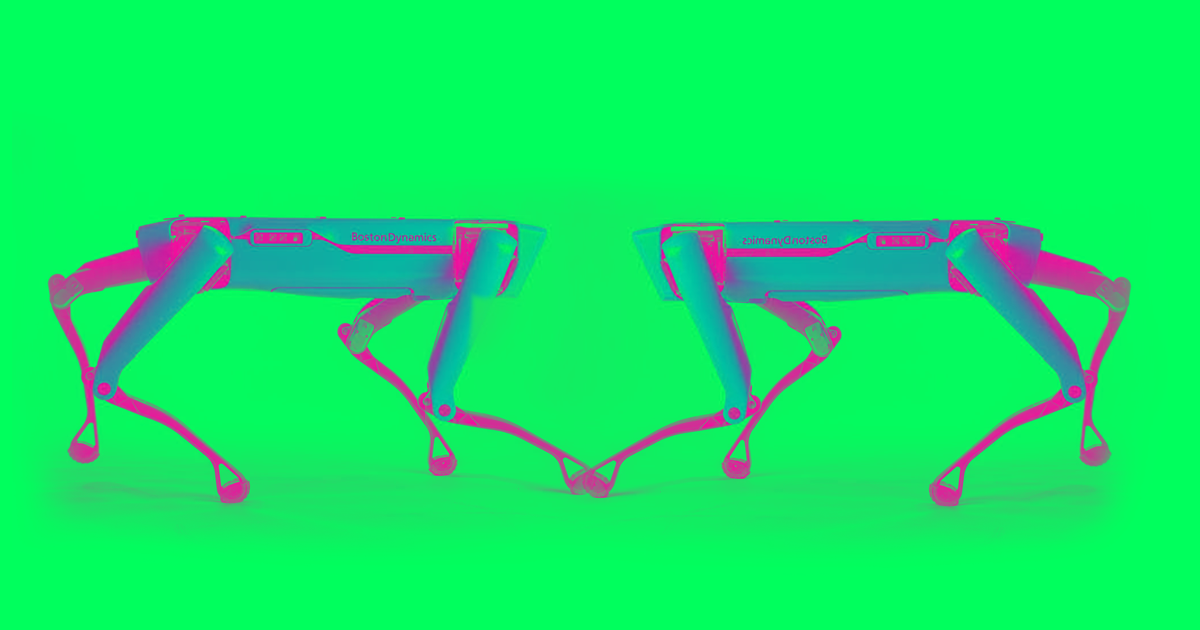 Boston Dynamics CEO Wants Its Robodogs to Fight Each Other

SpotMini might trade in the dance floor for the battle arena.

SpotMini might trade in the dance floor for the battle arena.

On Tuesday, Amazon kicked off re:MARS — a four-day conference focused on robotics, machine learning, automation, and space — and one of the first speakers to take the stage was Boston Dynamics CEO Marc Raibert.

While the highlight (or perhaps lowlight) of his presentation may have been the moment one of the company's SpotMini robot dogs went haywire, Raibert still expects great things for the bot's future — including a career fighting other robots for our entertainment.

According to a newly published Quartz story, Raibert thinks people might use SpotMinis as fighting avatars in a “network game with physical actors."

He also played a video for the audience in which four SpotMinis knocked around a blue ball, perhaps signaling their potential use in a less combative sport.

.⁦@BostonDynamics⁩’ Marc Raibert says Spot robo-dog will be commercially available in a couple of months, now being beta tested at construction sites and playgrounds. #reMARS pic.twitter.com/yGLJyxuNGf

Will Work for Battery Power

Whether SpotMinis turn out to be the gladiators of the twenty-first century or not, the bots are well on their way to finding work in construction — several Japanese construction companies are already testing the ability to the robot dogs to oversee worksite progress, Raibert told The Verge at re:MARS.

"There’s a remarkable number of construction companies we’re talking to," he added. "But we have some other applications that are very promising — [including] in hostile environments where the cost of having people there is high."

More on SpotMini: Watch Boston Dynamics’ Lazy Robodog March Around a Construction Site Without Helping at All