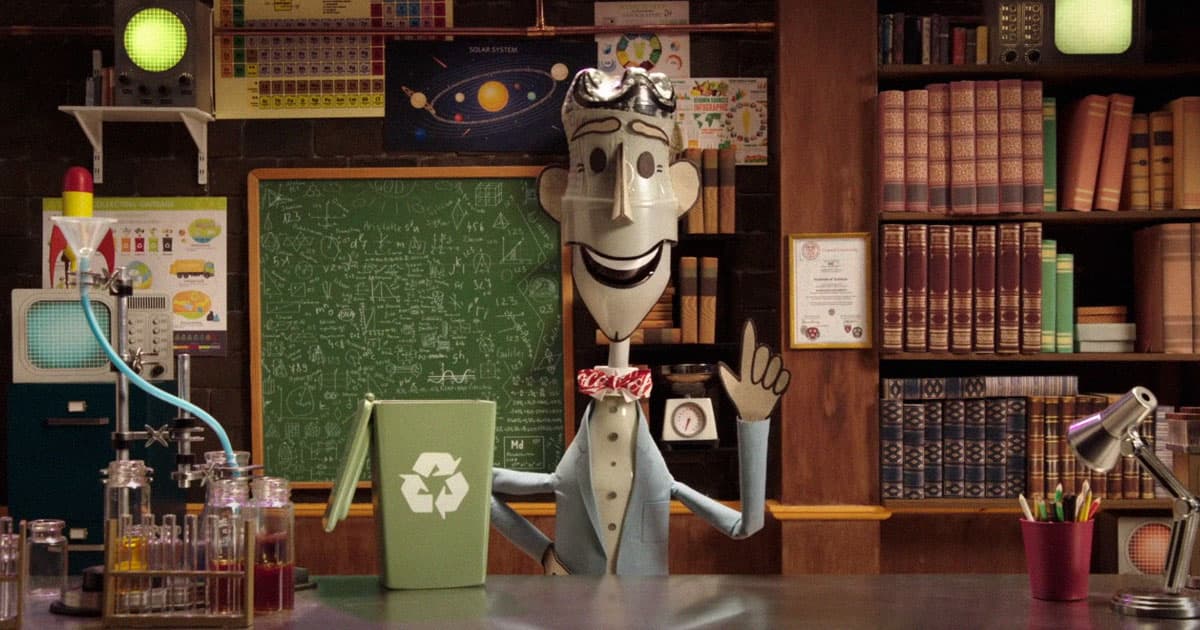 We're not the first to wonder why everyone's favorite TV scientist and host of the kid's show "Bill Nye the Science Guy" did it, but Nye recently served as a very generous spokesperson Coca-Cola, singing the praises of the company's recycling practices.

The video was uploaded this week to Coke's official YouTube channel, featuring an opening screen with a cheery proclamation that readers will learn about "creating a world without waste."

"If we can recover and recycle plastic, we can not only keep it from becoming trash," a Nye puppet made of recycled plastic declares. "We can use it again and again."

Maybe it's appropriate that Nye takes the form of a puppet in the clip. In an excoriating post, Gizmodo calls out the beloved educational icon for carrying a great deal of (bottled) water for Coke in the video — even accusing him of being a "shill" and a "sellout."

The problem is that Coke is one of the world's biggest plastic polluters.

Back in 2020, Coke refused to part ways with single-use plastic. By 2021, it was producing as much as 3.3 million tons of plastic waste per year.

To help put those numbers into context, remember that humans have been finding microplastics in our blood, digestive tracts, and even inside newborn infants. Plastic is everywhere, and not all of it can be recycled. No plastic at all, or much less, is a far more compelling solution.

Nye knows better than to oversimplify the recycling process and sell viewers a utopian, infinite-use-plastic dream.

"When did Bill Nye start shilling for one of the larger e-waste companies?" wrote one perturbed YouTube viewer. "Once upon a time, we were able to ignore how difficult recycling was. It's nearly impossible to separate plastic waste in a way that is both cost effective and environmentally sound."

Nye has done a lot of good work raising concerns about the environment. Let's hope he hasn't been tempted away by a big paycheck.

Reduce, Reuse, Landfill
A Shocking Amount of US "Recycling" Goes Straight to the Landfill
Oct 24
Read More
Circle of Life
Hooray! The Great Pacific Garbage Patch Has Become a Thriving Ecosystem, Scientists Say
May 1
Read More
Brands We Love
Cut Plastic Waste With a LastSwab Reusable Swab
8. 2. 20
Read More
+Social+Newsletter
TopicsAbout UsContact Us
Copyright ©, Camden Media Inc All Rights Reserved. See our User Agreement, Privacy Policy and Data Use Policy. The material on this site may not be reproduced, distributed, transmitted, cached or otherwise used, except with prior written permission of Futurism. Articles may contain affiliate links which enable us to share in the revenue of any purchases made.
Fonts by Typekit and Monotype.