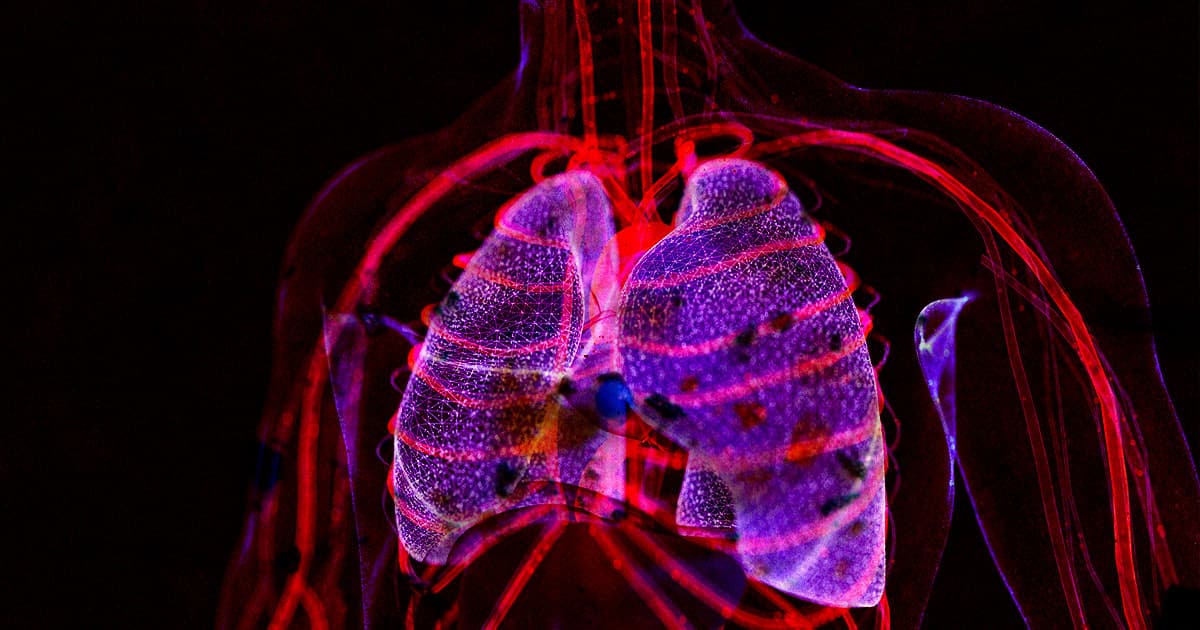 Scientists have discovered polluting microplastic in the lungs of living people for the first time, The Guardian reports, in yet more proof that the pesky particles are practically everywhere — even inside our living organs.

The team analyzed samples taken from 13 patients who were undergoing surgery. They found microplastics in 11 out of 13 of the samples, an alarming data point about the permeation of plastic into the natural world and even our own bodies.

The most common findings were polypropylene and PET, two common and widely used types of plastic.

"We did not expect to find the highest number of particles in the lower regions of the lungs, or particles of the sizes we found," Laura Sadofsky, Hull York medical school lecturer and a senior author of a new study to be published in the journal Science of the Total Environment, told The Guardian.

"It is surprising as the airways are smaller in the lower parts of the lungs and we would have expected particles of these sizes to be filtered out or trapped before getting this deep," she added.

It's yet another instance of microplastic being found pervading practically every aspect of nature, from the summit of Mount Everest, the planet's highest peak, to the depths of the Mariana Trench, the deepest point of the Earth's oceans.

Earlier this year, scientists made yet another alarming discovery, finding traces of microplastic pollution in human blood, in just shy of 80 percent of participants. Another group of researchers found microplastics inside newborn babies.

It's a sobering reminder of how ubiquitous plastics have become — and we're only beginning to understand how they could end up impacting human health.

More on microplastics: You're Eating a Staggering Amount of Plastic Per Week, According to a New Study