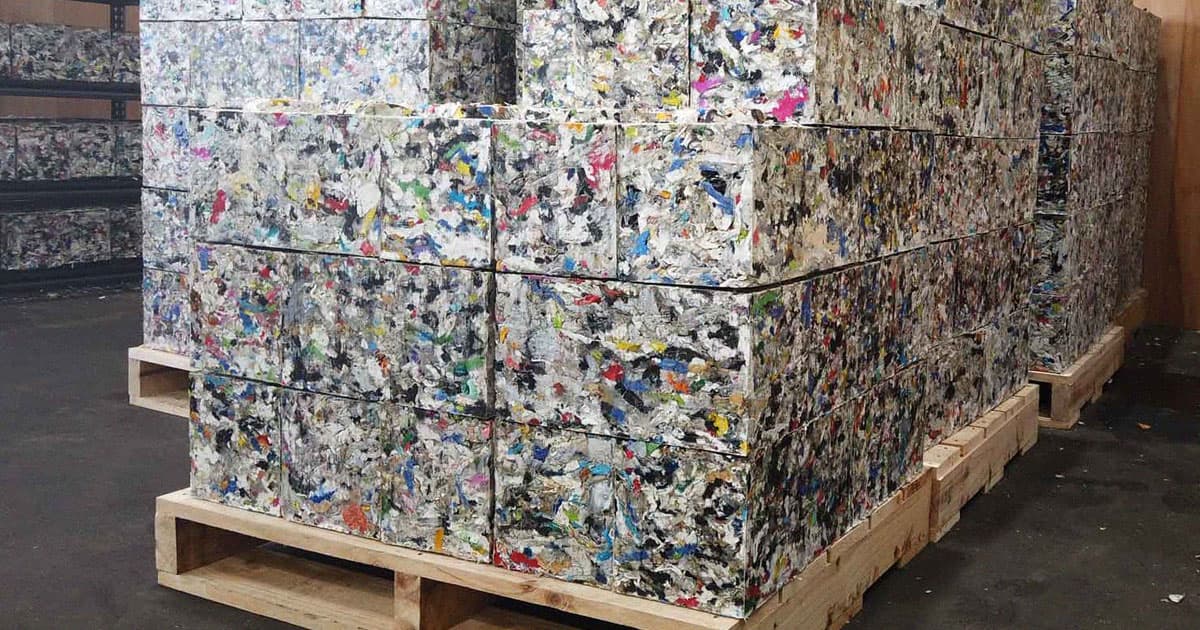 What if we told you that you could construct entire buildings out of trashed plastic bags and water bottles?

That future may be closer than you think, thanks to new tech from ByFusion Global, an LA-based startup that's developed a way for governments, companies, and communities to recycle previously "unrecyclable plastics" into huge, virtually indestructible bricks.

Known as "ByBlocks," the cinderblockish bricks are made using a steam-based compacting method that, per ByFusion's website, "does not require any chemicals, additives, adhesives, or fillers." The lego-like bricks made by the ByFusion process are said to be construction-grade and indestructible.

In an interview with Waste360, ByFusion CEO Heidi Kujawa said that the company received a Dow grant and has partnered with the Hefty trash bag company's EnergyBag recycling program to run a pilot program in Boise, Idaho that will give the community access to the Blocker system.

Along with providing the tech, the pilot program is slated to help Boise residents divert up to 72 tons of otherwise unrecyclable plastics from the local landfill and has already used the blocks to build a bench in a city park, with more planned structures set to built in the coming years.

Through a collaboration with @ByFusion and @Hefty, we’ve turned hard-to-recycle plastic into a bench for the Greater Boise community. @lukecaldwell shares how this partnership is helping keep plastic out of the environment. https://t.co/v0O4mZrJY5

Though there's certainly room for criticism of the startup's partnership with a company that manufactures plastic bags and an organization integral to the not-so-green financial industry, there's no harm in ByFusion taking their money.

And one thing's for sure: whoever figures out a way to implement this kind of system on a mass scale deserves the Nobel Prize.

Plastic Deluge
The US Is Filling the Oceans With Shocking Amounts of Disgusting Plastic
12. 2. 21
Read More
Brands We Love
Cut Plastic Waste With a LastSwab Reusable Swab
8. 2. 20
Read More
China Isn't Taking Our Recycling. Here's What We Could Do With It Instead.
5. 30. 18
Read More
+Social+Newsletter
TopicsAbout UsContact Us
Copyright ©, Camden Media Inc All Rights Reserved. See our User Agreement, Privacy Policy and Data Use Policy. The material on this site may not be reproduced, distributed, transmitted, cached or otherwise used, except with prior written permission of Futurism. Fonts by Typekit and Monotype.