Talk about a hard pill to swallow. 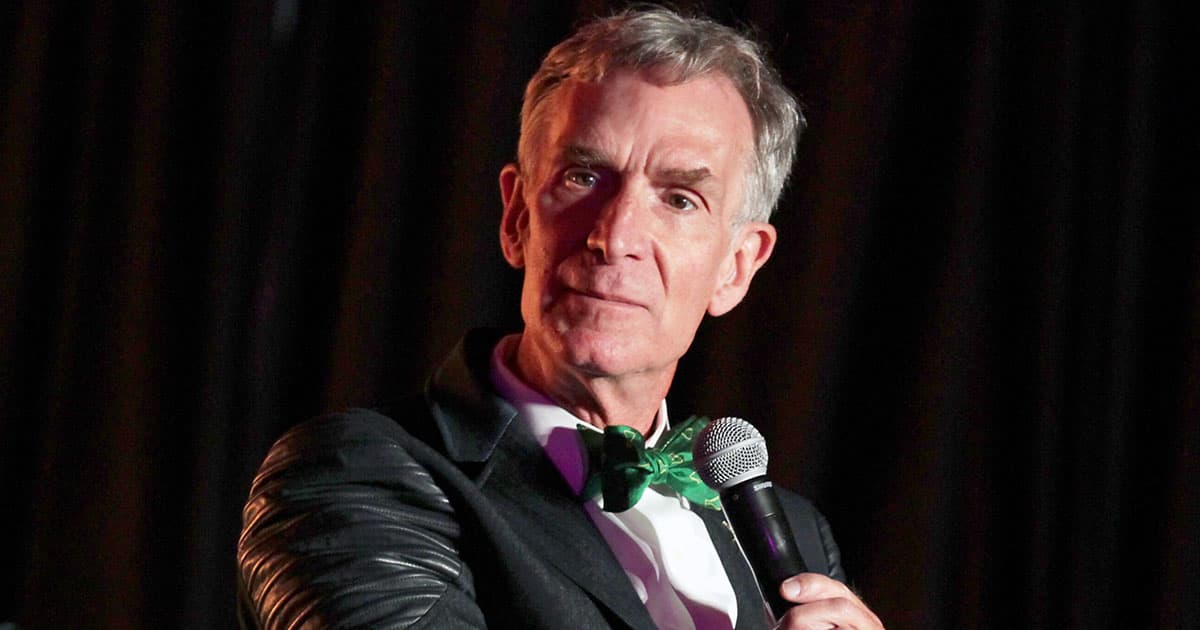 Famed science educator Bill Nye has yet again issued a warning to the world: if we keep burning coal at higher and higher rates every year, all of South Florida is going to sink into the sea.

In an interview with CNN discussing the melting of the "doomsday glacier," — a gigantic Antarctic glacier that may melt within 5 years — Nye noted that "it's estimated the ocean will rise about half a meter," which could result in South Florida becoming fully "underwater."

"This gets back to the old problem that we've been talking about for 30 years where scientific concerns have not been heeded by governments, by people around the world," Nye told CNN.

Nye charged the fossil fuel industry with running a "very successful" propaganda effort that equates "scientific uncertainty" about the speed and severity with which our climate will degrade with outright doubt and denial of climate change to begin with.

"This is leading to catastrophes big enough," he said, that "I think people are noticing them."

"I don't think it's that hard to visualize right now," the science guy said, citing "the very large tornado that swept through Kentucky" that set records, traveled on the ground for more than two hours and over 200 miles, and "tore up everything in December" as proof positive.

"People are seeing it in their own front and backyards, so maybe now this could be a good thing that comes out of these disasters if we will take it seriously," he said.

Nye countered that optimism by noting that "the plan is to burn more coal next year than we did this year" and noting that the recent COP26 environmental conference in Glasgow contained very "watered-down" language — a pun the educator acknowledged — that doesn't go nearly far enough to bring about meaningful solutions to our swiftly-accelerating climate nightmare.

"But now, with this 'doomsday glacier' and these tornadoes," Nye, ever the optimist, said, "maybe we'll get on it."

Don't count on it, Bill: governments have expressed radio silence in light of the news about this apocalypse-heralding glacier's continuous melting, and it's hard to see them addressing it anytime soon amid a new and terrifying strain of COVID-19.

Read This Next
Dead Serious
Scientists: Global Warming Could Kill Tardigrades
Futurism
Scientific Evidence Suggests That Human Cities Are Spawning New Species
Futurism
How to Effectively Talk Science With A Denier
Futurism
A New Vaccine Could Eradicate Flesh-Eating Parasites
Futurism
Expert: We Still Know Very Little About the Largest Inhabited Zone on Earth
More on Hard Science
It From Bit
Tuesday on the byte
A Scientist Is Crowdfunding an Experiment to Check if We Live in a Simulation
Water Carrying
Nov 20 on the byte
Evidence Grows That Soggy Meteorites Gave Earth Its Oceans
Shroom News
Nov 20 on the byte
Scientists Build Circuit Boards Based on Mushrooms
READ MORE STORIES ABOUT / Hard Science
Keep up.
Subscribe to our daily newsletter to keep in touch with the subjects shaping our future.
+Social+Newsletter
TopicsAbout UsContact Us
Copyright ©, Camden Media Inc All Rights Reserved. See our User Agreement, Privacy Policy and Data Use Policy. The material on this site may not be reproduced, distributed, transmitted, cached or otherwise used, except with prior written permission of Futurism. Articles may contain affiliate links which enable us to share in the revenue of any purchases made.
Fonts by Typekit and Monotype.