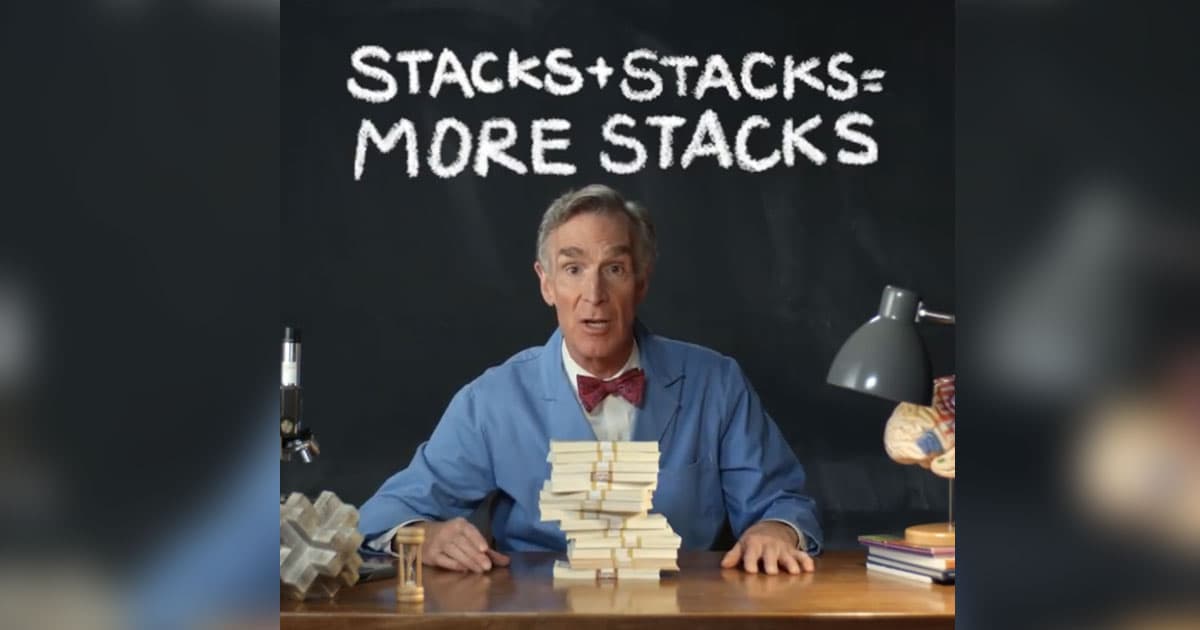 "So go green and get green. See what I'm saying?"

"So go green and get green. See what I'm saying?"

Why should anybody care about climate change?

Well, childhood hero and TV presenter Bill Nye has an extremely simple answer. In an advertisement for Google Chromebooks, Bill Nye argues that investing in green energy will make you "filthy $@!% rich."

Change. Is. Hard. I get it. But we’re all going to need to change if we want to fix the climate crisis. Watch my new video with #Chromebook (link in bio) about the science of behavior change. There’s hope for us all, I promise! #sponsored

"Can you imagine how much sweet, sweet cabbage you'll be piling up if you could invent a cleaner energy source or help develop carbon capture technology?" Nye asks in the clip. To put it even more bluntly, Nye argues that such a discovery could earn you "stacks plus stacks equals more stacks."

It's not the first time we've encountered Nye's potty mouth. Nye dropped a whole bunch of f-bombs in May during his appearance on HBO's "Last Week Tonight" while discussing the severity of climate change.

"So go green and get green. See what I'm saying?" he adds in the Chromebook video, getting dangerously close to doing another mic drop. "And turn off the damn lights."

Brands We Love
Is Solar Worth It? It’s Never Been Easier To Find Out.
9. 1. 21
Read More
From Our Partners
10 Thought-Provoking Books That Give Us Insight And Understanding Into Our Future
8. 9. 21
Read More
Brands We Love
Is Solar Worth It in 2021? This Free Service Has the Answer.
7. 22. 21
Read More
+Social+Newsletter
TopicsAbout UsContact Us
Copyright ©, Camden Media Inc All Rights Reserved. See our User Agreement, Privacy Policy and Data Use Policy. The material on this site may not be reproduced, distributed, transmitted, cached or otherwise used, except with prior written permission of Futurism. Articles may contain affiliate links which enable us to share in the revenue of any purchases made.
Fonts by Typekit and Monotype.