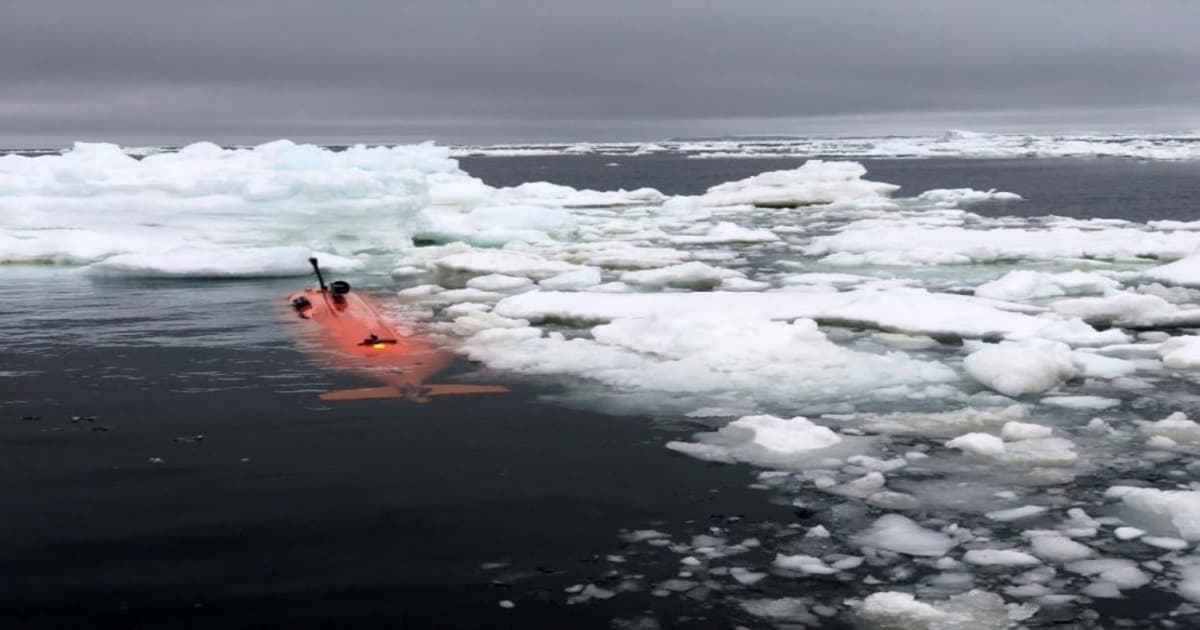 Warm waters put the glacier at risk of completely collapsing.

Warm waters put the glacier at risk of completely collapsing.

Researchers studied the waters underneath the Thwaites Glacier (aka the "Doomsday Glacier") and have discovered that the ice shelf is melting faster than they previously thought.

Scientists utilized an uncrewed submersible known as "Ran" to explore the underside of the glacier in Western Antarctica, according to a press release from the University of Gothenburg. There they discovered that the warm waters flowing underneath is wearing away at the glacier at a faster rate than they anticipated, creating cracks and fissures in the ice.

This poses a glacier-sized problem: If the ice shelf collapses, we could all see a massive rise in global sea levels (that’s why it’s called the Doomsday Glacier).

The researchers published a study of their findings in Science Advances.

The Thwaites Glacier is roughly 119,300 square miles big, according to Gizmodo. Despite its immense size, the ice is melting faster than any other glacier in Antarctica.

The Ran submersible discovered that the water beneath can rise as high as 33.89 degrees Fahrenheit — which is warm enough to deteriorate the ice.

"The worry is that this water is coming into direct contact with the underside of the ice shelf at the point where the ice tongue and shallow seafloor meet," said Alastair Graham, associate professor of geological oceanography at the University of Southern Florida and co-author of the study, to Gizmodo.

He continued, "This is the last stronghold for Thwaites and once it unpins from the sea bed at its very front, there is nothing else for the ice shelf to hold onto. That warm water is also likely mixing in and around the grounding line, deep into the cavity, and that means the glacier is also being attacked at its feet where it is resting on solid rock."

So it’s certainly a bittersweet moment for the researchers. On the brightside, they were able to study a previously unexplored part of the glacier — but they also learned that the Doomsday Glacier might live up to its name sooner than they thought.

More on ice melt: A Melting Antarctica Could Raise the Sea Level More Than Expected