This is happening — and it's bad. 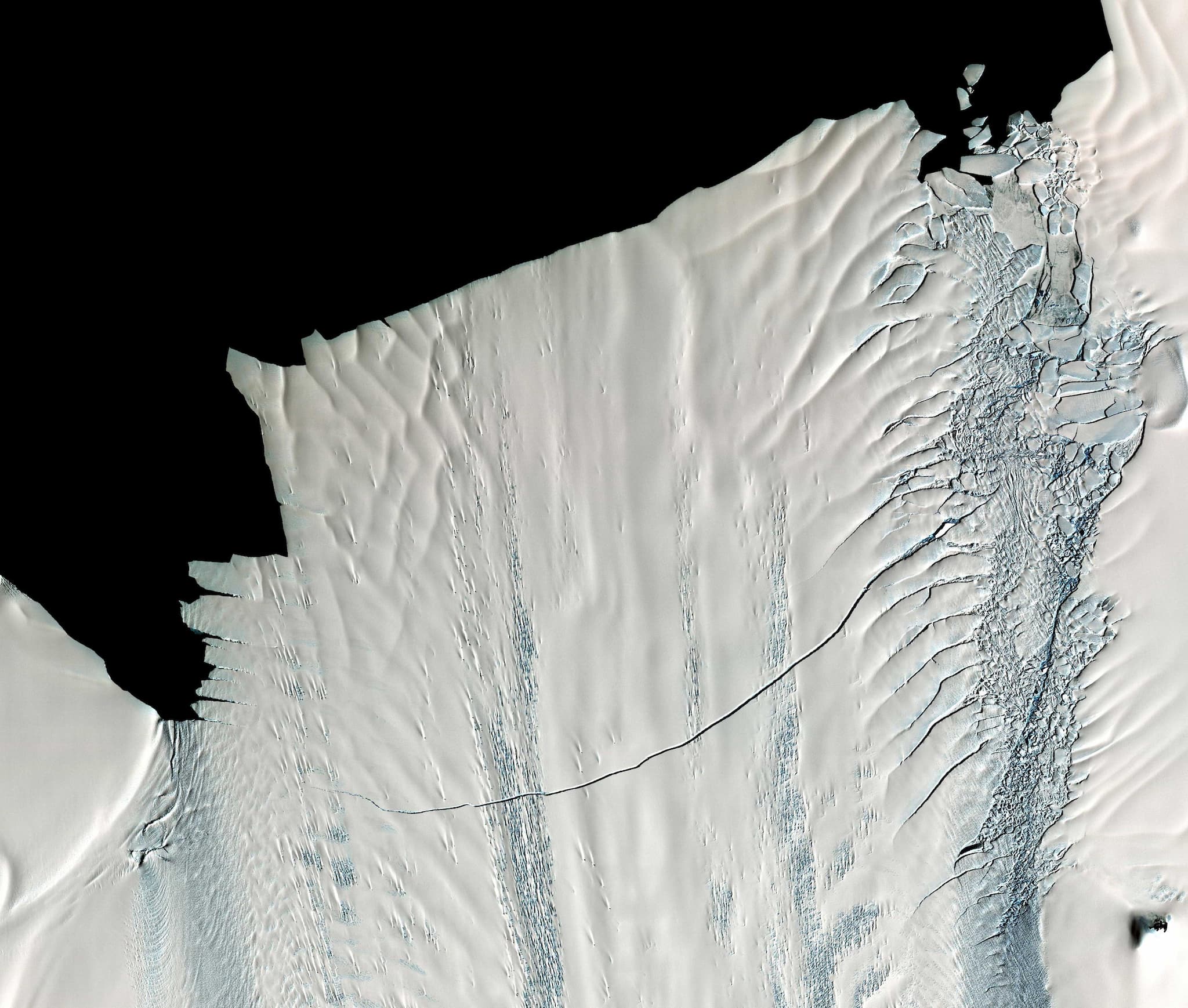 West Antarctica's Pine Island glacier has lost a piece of ice measuring more than 100 square miles. This is the second piece of this size to break away from the glacier in the past two years, and the fifth large event to take place since 2000, prompting fears that this is a sign of things to come.

Pine Island is thought to lose 45 billion tons of ice every year, enough to raise the sea level by one millimeter every eight years. If the entire glacier were to melt, it could raise the global sea level by up to 52 centimeters (20.5 inches).

Last year, researchers from Ohio State University published a paper that suggested the Pine Island glacier was losing ice in an alarming fashion. Rather than breaking away from the sides, rifts were seen to form from the center of its floating ice shelf, coming up from underneath. This process was attributed to the impact of warmer ocean waters at its base.

The paper asserted that more rifts would result in large chunks of ice falling away more frequently. Based on this new development, it seems that this hypothesis was correct.

Calving — the process of ice falling away from a glacier — is perfectly natural. However, it's the frequency of the losses suffered by the Pine Island glacier that has experts worried. Moreover, the fact that they seem to be caused by warmer ocean temperatures confirms that human activity plays a big role.

"“We are very worried about what might happen to Pine Island glacier in relation to sea level rise,” Stef Lhermitte, a satellite observation specialist at Delft University of Technology, told the Washington Post. The worst-case-scenario here is for major ice shelf breakaways, calving and subsequent sea level rise to become so normalized that it loses its necessary sense of emergency, as a warning sign of imminent threat to an ecology suitable to our way of life. Make no mistake; this is happening, and it's bad.

Read This Next
Sun Shield
Scientists Increasingly Calling to Dim the Sun
Tornado Watch
Tornadoes Like Kentucky's May Be Getting Stronger Due to Climate Change, Scientists Say
Run AMOC
Scientists Warn Gulf Stream May Collapse, Freezing North America
Better Late Than Never
US Formally Rejoins Paris Climate Agreement
Explosive Context
Scientists: Ocean Warming at the Rate of Five A-Bombs per Second
More on Earth & Energy
The Dos and Do-Do...
1:59 PM on the byte
Startup Backed By "Jurassic World" Producer Says It Will Revive Extinct Dodo Using Complete Genome
Shark Smile
Yesterday on the byte
Influencer Fined for Eating Endangered Great White Shark
Imagine Dragons
Monday on the byte
Miners Say "Sorry" for Losing Highly Radioactive Object Along Highway
READ MORE STORIES ABOUT / Earth & Energy
Keep up.
Subscribe to our daily newsletter to keep in touch with the subjects shaping our future.
+Social+Newsletter
TopicsAbout UsContact Us
Copyright ©, Camden Media Inc All Rights Reserved. See our User Agreement, Privacy Policy and Data Use Policy. The material on this site may not be reproduced, distributed, transmitted, cached or otherwise used, except with prior written permission of Futurism. Articles may contain affiliate links which enable us to share in the revenue of any purchases made.
Fonts by Typekit and Monotype.