Expert: We Still Know Very Little About the Largest Inhabited Zone on Earth

And that lack of knowledge could be devastating for our planet's ecology. 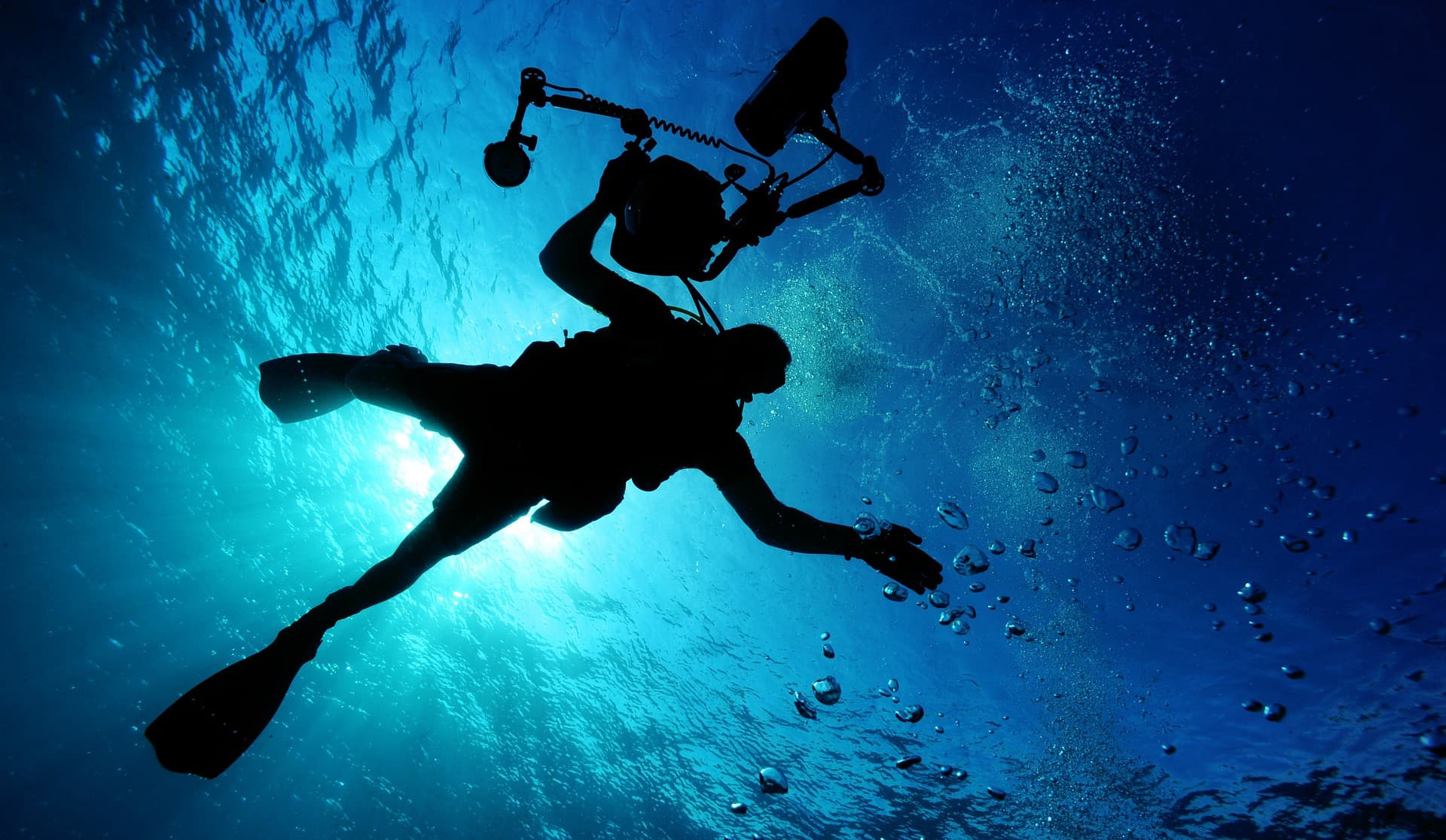 When we think about daring exploration, the first people who come to mind might be the intrepid astronauts aboard the International Space Station (ISS) or polymaths like Elon Musk who want to push humanity farther into space. However, another group is helping humanity investigate previously unexplored worlds right here on Earth, and their discoveries could have an even bigger impact on our future than that first Mars colony.

Biologist Mike Vecchione is a member of the invertebrate zoology staff at the Smithsonian National Museum of Natural History, and his specific area of expertise is cephalopods, a group that includes octopuses and squids. His work has him exploring a part of the world many have never even heard of, let alone visited: the pelagic zone.

This area includes any part of a body of water that isn't near the shore or the floor, and though it constitutes a huge portion of the Earth's habitable space, much of it remains unexplored. “Most of the biosphere — the living space on our planet — is in the deep sea pelagic realm, and that’s the part of the biosphere that we know the very least about," Vecchione explains to Futurism. "We know very little about 95 to maybe 99 percent of the living space on our own planet.”

That's not for lack of effort, though. The deep sea is one of, if not the, most dangerous regions on our planet. While exploring it, researchers have to contend with intense atmospheric pressures, temperatures that can swing from near freezing to boiling hot, and intense darkness. Hypothermia, memory loss, and slowed brain functions are just a few of the health issues they face when diving deep.

Beyond the inherent dangers are the incredibly daunting logistics of studying the pelagic zone. Not only is it huge — 1,375 million cubic kilometers (330 million cubic miles) — it's constantly changing and difficult to access. “It’s essentially four dimensional: the three dimensions of the volume, plus the rapid changes over time," notes Vecchione. "It’s also far away from where we are and requires big ships and a lot of really well-developed equipment to study.”

Thankfully, Vecchione thinks we're on our way to overcoming many of these difficulties thanks to new technologies. "There's going to be increasing use of robotics and automated sampling, which will increase our understanding of the deep sea," he predicts, and some are already enlisting the help of high-tech devices to explore the uninviting world beneath the ocean's surface.

In much the same way aerial drones help us explore the surface of our planet, remotely operated underwater vehicles (ROVs) are helping researchers explore the world's oceans. The Trident, FathomOne, CCROV, and Blue Robotics' BlueROV2 are just a few of these remarkable devices, which can provide HD video of areas hundreds of meters below the water's surface. Some of the more advanced ROVs can go even deeper — the Nereus ROV was exploring an area 9,990 meters (6.2 miles) down at the time it was confirmed lost (likely due to overwhelming pressure).

Stanford University's OceanOne is a prime example of the kind of robotic technology that could eventually assist researchers who want more than just a view of what's down below. The robotic diver is powered by artificial intelligence (AI) and a highly developed haptic feedback system that includes a pair of arms and hands. The ultimate goal is to have OceanOne be a virtual avatar for researchers, acting as their eyes and hands as they explore the world beneath the ocean's surface while remaining safely above.

Also working from the ocean's surface to explore what lies beneath it is the Argo float system. Each of the nearly 4,000 floats in this global array can dive down to measure the temperature and salinity of the upper 2,000 meters (6,561 feet) of the ocean. It then returns to the surface to transmit these measurements to researchers and the public at large within hours, providing valuable data about our oceans that can be used to address global warming and other environmental concerns. Eventually, the plan is to extend Argo's coverage all the way through the pelagic realm to the ocean's bottom.

Not only are these devices helping cut the cost of pelagic zone exploration and monitoring, they also eliminate much of the danger — few would dispute the fact that losing an ROV or float is highly preferable to losing a limb to an unfriendly local.

Unfortunately, if nothing is done with the information intrepid researchers are able to gather about the pelagic zone using these devices, it will be of little consequence for our planet. Unlike the latest plans for Mars exploration, people tend to ignore research into the deep sea, and when the region does reach public consciousness, it's for arguably trivial reasons, according to Vecchione.

"The deep sea is far away and out of sight for most people, and so they don't really understand that it is important to them and that they should recognize that importance. The general public doesn't really understand its importance to global systems, including the climate, the cycling of oxygen and carbon, and so on," says the biologist.

"People get really excited about new species, but finding a new species is not a big deal at all. What is a big deal is that that it's an indication that we really don't understand the deep sea," he adds.

Vecchione hopes that new research will compel the public to take the pelagic region into consideration when choosing their leaders, as those are the people in the position to enact long-term efforts to protect it. "As an example of that, the United Nations right now is considering ways to protect biodiversity in areas that are not covered by national boundaries," he notes.

Ultimately, the disparity between the size of the pelagic zone and the amount of attention it garners is massive, and the impact of that imbalance could prove devastating. "The deep sea is really much more important than most people realize," Vecchione concludes. "People wouldn’t think of it as having any importance to their day-to-day life, but it could have a lot of importance to the future of the planet."

Read This Next
The Climate Guy
Bill Nye Warns About Impending Collapse of "Doomsday Glacier"
Dead Serious
Scientists: Global Warming Could Kill Tardigrades
Futurism
Scientific Evidence Suggests That Human Cities Are Spawning New Species
Futurism
How to Effectively Talk Science With A Denier
Futurism
A New Vaccine Could Eradicate Flesh-Eating Parasites
More on Hard Science
Warped Tour
Thursday on futurism
Professor Believes Door to Warp Drive May Lie With Ethylene Glycol
Sky Bursts
Thursday on the byte
Astronomers Intrigued by 25 Mysterious Repeating Radio Signals From Deep Space
Tractor Beam
Jan 26 on the byte
Scientists Build Working Tractor Beam, Although It's Comically Tiny
READ MORE STORIES ABOUT / Hard Science
Keep up.
Subscribe to our daily newsletter to keep in touch with the subjects shaping our future.
+Social+Newsletter
TopicsAbout UsContact Us
Copyright ©, Camden Media Inc All Rights Reserved. See our User Agreement, Privacy Policy and Data Use Policy. The material on this site may not be reproduced, distributed, transmitted, cached or otherwise used, except with prior written permission of Futurism. Articles may contain affiliate links which enable us to share in the revenue of any purchases made.
Fonts by Typekit and Monotype.