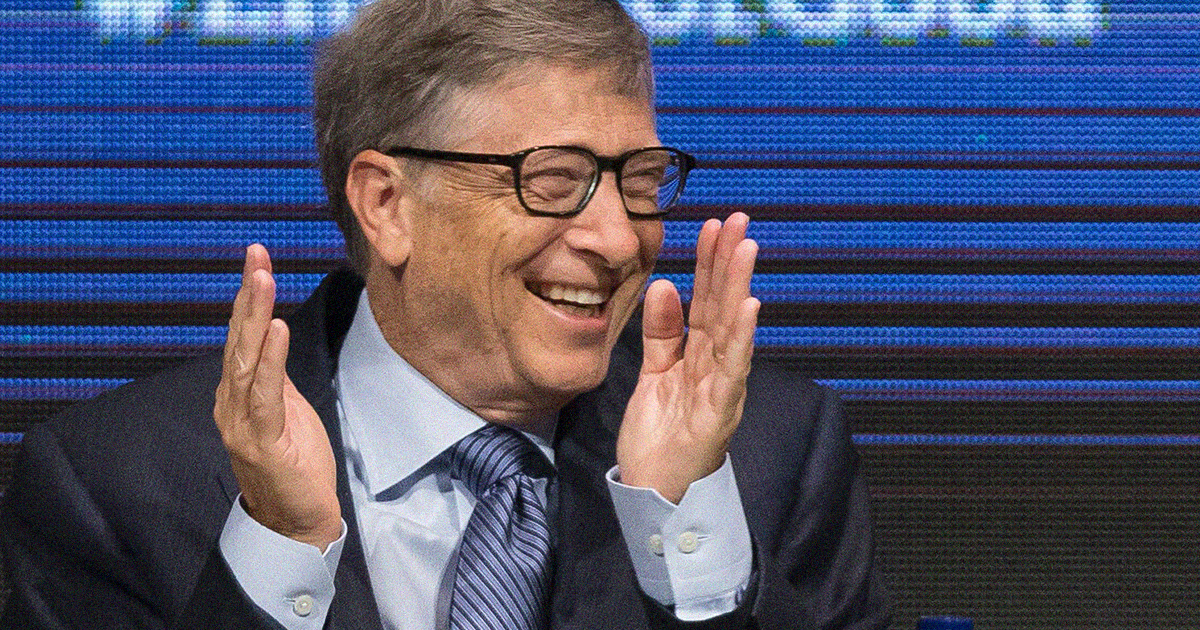 “Obviously, expensive digital images of monkeys are going to improve the world immensely."

“Obviously, expensive digital images of monkeys are going to improve the world immensely."

The billionaire Microsoft founder hasn't been shy about his stance on blockchain tech in the past, arguing with Dogecoin-pushing rival Elon Musk over the currencies' viability, and calling out Bitcoin mining operations for their destructive environmental impact. Now, in the wake of the sudden — and extreme — crypto crash, Gates has once again fired scathing shots at digital currencies as well as non-fungible tokens (NFTs).

Speaking on Tuesday at a TechCrunch climate conference, the billionaire said that virtual coins and their non-fungible friends are "100 percent based on the Greater Fool Theory." That's an economic idea that, in short, refers to the buying and selling of over-hyped assets with little to no intrinsic worth, under the assumption that there will always be a "greater fool" to purchase that asset for even more money than initially paid.

It's worth noting that Gates has put a lot of money towards backing digital banks. At the same conference on Tuesday, he pitted those against crypto, describing them as "hundreds of times more efficient" than digital currencies.

Crypto is spiraling across the board, including alleged stablecoins, leading companies in the industry to fire thousands of workers and even halt withdrawals. NFTs have also taken a hit in value. The industry has also had to answer for a comical number of NFT hacking scandals, perhaps most notoriously the saga of Seth Green's Bored Ape.

And, while wealthy crypto enthusiasts — a group that now, oddly, includes Sir Anthony Hopkins — might not be too heavily impacted by the deterioration of crypto's value, investors with less wealth are already feeling the cost.

"I do think people get bought into these manias who may not have as much money to spare," Gates told Bloomberg back in 2021, long before the market crash. "My general thought would be that if you have less money than Elon [Musk], you should probably watch out."

More on the bitcoin crash: Financial Planner Desperately Explains to Clients Why the Bitcoin Crash Is Good, Actually

Crypto Probe
Coinbase Reportedly Under Investigation by the SEC
Jul 26
Read More
Crypto Cash Out
Tesla Sells Off Most of Its Bitcoin, at a Huge Loss
Jul 21
Read More
Cope Springs Eternal
Financial Planner Desperately Explains to Clients Why the Bitcoin Crash Is Good, Actually
Jun 14
Read More
+Social+Newsletter
TopicsAbout UsContact Us
Copyright ©, Camden Media Inc All Rights Reserved. See our User Agreement, Privacy Policy and Data Use Policy. The material on this site may not be reproduced, distributed, transmitted, cached or otherwise used, except with prior written permission of Futurism. Fonts by Typekit and Monotype.