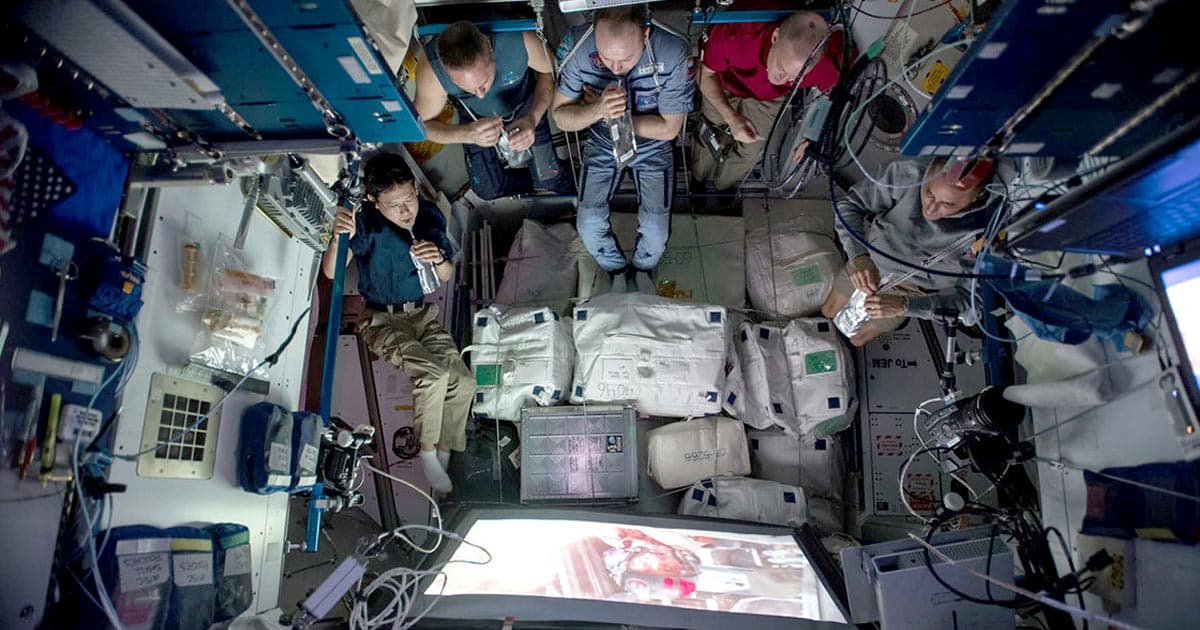 Things Apparently Got Awkward During Movie Night on the Space Station

"And I realized at one point that all the bad guys were Russians."

"And I realized at one point that all the bad guys were Russians."

Things have been a little more tense than usual on board the International Space Station lately, given the geopolitical crisis brewing back on the ground.

For the most part — with the exception of several bizarre incidents — operations have largely continued as planned, with American astronauts and Russian cosmonauts working alongside one another peacefully.

NASA astronaut Mark Vande Hei, who recently spent 355 days on board the aging orbital outpost before returning to Earth on a Russian spacecraft, recently sat down with The Washington Post for an interview probing those issues and more.

On one level, Vande Hei said that he would sometimes "poke holes" in cosmonauts' "logic," implying that they would sometimes spar about international issues. On the other, though, he said that his time on the station has sometimes forced him to confront American culture's misrepresentations of Russian people — and that it all came to a head on movie night.

Stereotypes run deep in Hollywood, which sometimes made catching up on cinema during the station's weekly movie nights awkward.

"I realized at one point that all the bad guys were Russians," Vande Hei told WaPo. "It kind of gives me chills even thinking about it because at one point, I looked at my cosmonaut crewmates and said, 'How does that make you feel?' And they said, 'It’s kind of scary when we see that everybody in the United States, the mass media in the United States, is portraying Russians as the bad guys.'"

The crew adapted by adopting a strategy in which "everybody got a turn to pick a movie they'd seen and wanted to share with everybody else," Vande Hei recalled.

A further clue about contemporary US-Russian relations on the station: Vande Hei said the movie nights were on a "previous flight," suggesting that NASA and Roscosmos space voyagers are no longer getting together for the weekly ritual.

READ MORE: How this astronaut approached U.S.-Russian relations in space [The Washington Post]

More on the ISS: NASA Alarmed That Astronauts’ Spacesuits Keep Filling Up With Water