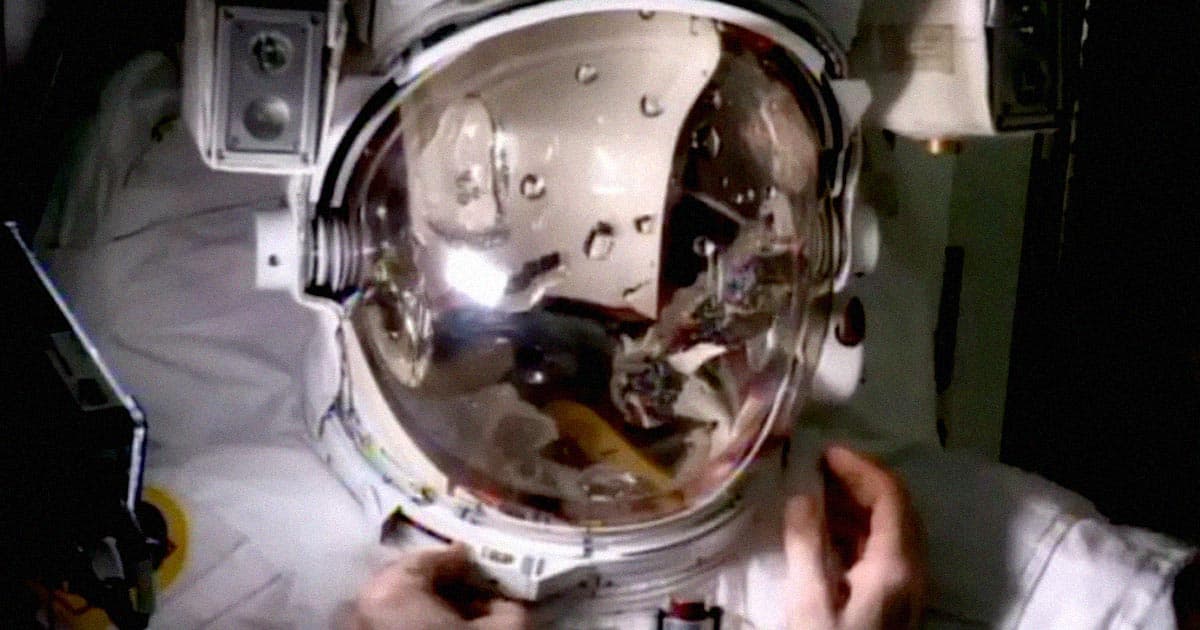 NASA Alarmed That Astronauts' Spacesuits Keep Filling Up With Water

The suits are officially off the table until they figure out what went wrong.

The suits are officially off the table until they figure out what went wrong.

The spacesuits that allow astronauts to venture outside of the International Space Station have been declared "no-go" for upcoming spacewalks.

That's because the suits' helmets keep filling with excess water, a potentially life threatening scenario astronauts have been battling with on multiple occasions, CBS reports.

The massive and unwieldy suits, referred to as "extra-vehicular mobility units," (EMUs) aren't entirely off the table and could still be used in emergencies, according to NASA.

"Until we understand better what the causal factors might have been during the last EVA with our EMU, we are no-go for nominal [extra-vehicular activity]," Dana Weigel, deputy manager of the space station program at the Johnson Space Center, told reporters on Tuesday, as quoted by CBS. "So we won't do a planned EVA until we've had a chance to really address and rule out major system failure modes."

The news comes after several astronauts have had to deal with water flooding their helmets. A 2013 spacewalk had to be cut short, for instance, after European Space Agency astronaut Luca Parmitano's helmet started filling with excess water.

Parmitano was at a real risk of drowning, with "water covering his eyes, nose and ears," according to a NASA report filed at the time.

Since then, NASA has started using sponges called "helmet absorption pads" in the back of the helmet to keep excess water to a minimum.

While the Parmitano incident has yet to be repeated, NASA astronaut Kayla Barron recently found water inside German astronaut Matthias Maurer's helmet after he had performed a spacewalk in March.

"Roughly, maybe an eight- to 10-inch diameter circle, a thin film of water on the helmet," Barron reported at the time, as quoted by CBS. "And there is water in his vent port at the back of his neck ring."

Officials are now waiting to inspect Maurer's suit, which will make its way back to Earth aboard a SpaceX Dragon cargo ship in July, until they greenlight any future planned spacewalks.

Fortunately, officials "haven't found anything unusual" so far, according to Weigel. "We're looking for any obvious signs of contamination or fouling or something else that might have gotten into our system."

"We're not seeing that yet," she added.

More on space walks: Guy Snaps Photo of Space Station So Detailed You Can See Spacewalking Astronauts on Exterior