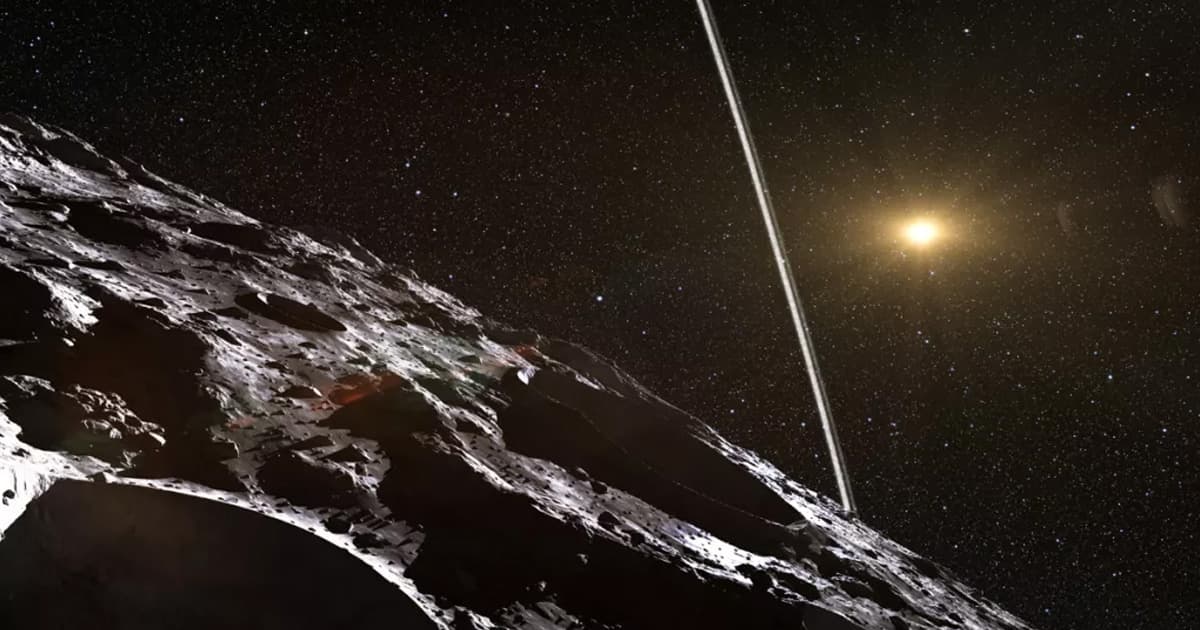 A team of scientists tracked down a distant Centaur, or a planet-like space rock that orbits deep between Jupiter and Neptune, and finally made sense of its unusual, comet-like behavior.

Centaurs are particularly elusive due to their distant, highly-irregular orbits. As a result, active Centaurs — those that show comet-like behavior like creating off bright tails — remain poorly understood because it's difficult for scientists to study them. But Northern Arizona University scientists finally got a close look at one object that appeared to be an active Centaur, according to research published in The Astrophysical Journal Letters — and ultimately decided that it was something else entirely.

In this case, the Centaur 2014 OG392 seemed to be sublimating carbon dioxide or ammonia — directly converting it from solid to a gas — in order to emanate a comet-like halo.

"Our paper reports the discovery of activity emanating from Centaur 2014 OG392, based on archival images we uncovered," lead study author and Northern Arizona University astronomer Colin Chandler said in a press release. "We detected a coma as far as 400,000 km from 2014 OG392."

But that's a bit unusual — Centaurs typically orbit so far away from the Sun that it's too cold to expect to see much sublimation occurring. So now, based on the discovery, 2014 OG392 has been stripped of its Centaur status and been reclassified as the comet C/2014 OG392 (PANSTARRS).