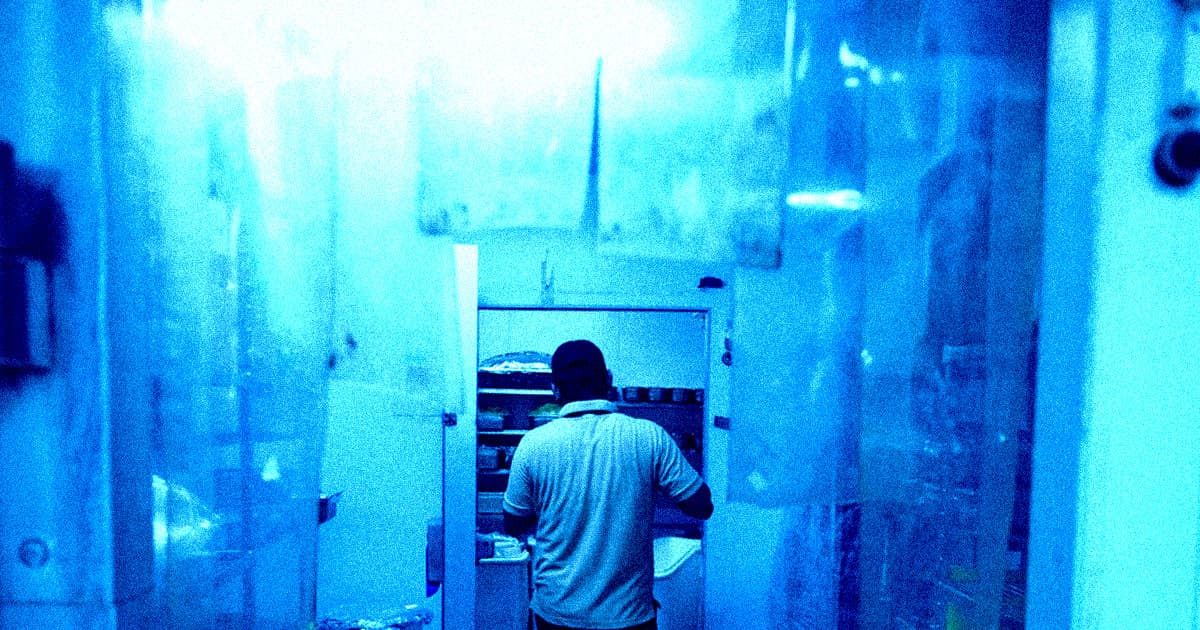 Epstein wanted to cryogenically freeze his penis and seed humanity with his DNA.

Epstein wanted to cryogenically freeze his penis and seed humanity with his DNA.

In a strange twist, it turns out that well-connected financier Jeffrey Epstein — currently awaiting trial for sex-trafficking and sexually abusing minors over many years — is an ardent believer in fringe sciences like eugenics and cryogenic preservation.

For years, Epstein met with prominent scientists to discuss his desires to, in the words of The New York Times, "seed the human race with his DNA by impregnating women at his vast New Mexico ranch."

The NYT also revealed how several prominent scientists were willing to overlook Epstein's disgusting and well-publicized misdeeds in exchange for a chance to fund their projects.

The NYT's story is filled with lurid details. Epstein reportedly wanted to cryogenically preserve his head and his penis, for example, in hopes that they might be revived at some point in the future.

Epstein also held meetings with prominent scientists including Steven Pinker, George Church, Stephen Hawking, Ben Goertzel and many others, per the NYT, though it's unclear who knew what about Epstein's sexual crimes.

Epstein would often discuss his interest in eugenics, a discriminatory and debunked field of pseudoscience dedicated to steering human evolution. He also argued against medical care for the poor, Pinker told the NYT, due to the flawed reasoning that it would lead to overpopulation.

Epstein claimed to have funded many prominent researchers, some of whom now deny taking any money. Regardless, the NYT's investigation reveals that the sex trafficker's network extended far beyond his known connections in the world of finance and politics.

More on fringe science: A Company Is Charging $750,000 for Eggs and Sperm From “Genetically Desirable” People

Here's a Primer to Help You Educate Flat-Earthers
6. 4. 17
Read More
International Salad Station
Astronauts Prepare to Grow Juicy Dwarf Tomatoes in Space
Yesterday
Read More
Stratego AI
Google Teaches AI to Play Stratego and It Becomes One of the World's Top-Rated Players
Yesterday
Read More
+Social+Newsletter
TopicsAbout UsContact Us
Copyright ©, Camden Media Inc All Rights Reserved. See our User Agreement, Privacy Policy and Data Use Policy. The material on this site may not be reproduced, distributed, transmitted, cached or otherwise used, except with prior written permission of Futurism. Articles may contain affiliate links which enable us to share in the revenue of any purchases made.
Fonts by Typekit and Monotype.