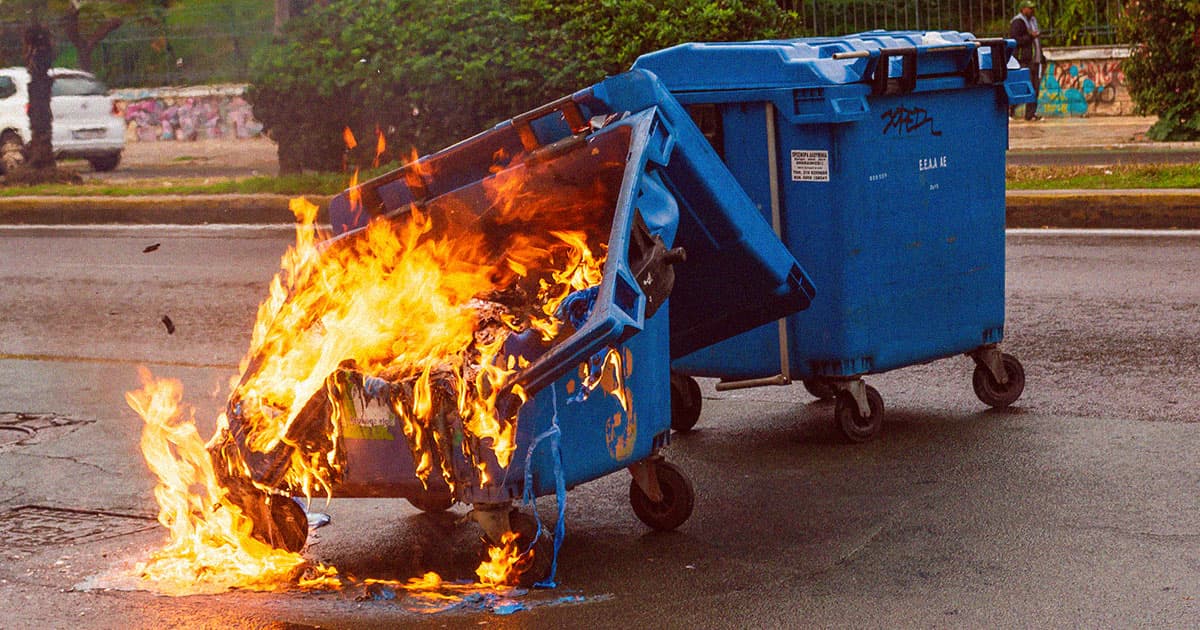 It heats garbage to twice the temperature of a volcano’s core.

It heats garbage to twice the temperature of a volcano’s core.

Currently, trash is breaking down in landfills across the globe, producing a steady stream of methane emissions that are contributing to Earth's climate woes.

Now, a California-based startup says it's found a way to make practically every piece of trash in those landfills recyclable — while also producing much-needed renewable energy.

The company is called Sierra Energy, and its FastOx technology vaporizes trash — anything from electronics to medical waste — by placing it in a modified blast furnace and injecting pure oxygen and steam into the blaze.

By raising the temperature of the waste to 2,204 degrees Celsius (4,000 degrees Fahrenheit) — "twice the temperature at the core of a volcano," CEO Mike Hart told Fast Company — the system forces the trash to break down into carbon monoxide and hydrogen.

"This doesn’t require external energy," Hart said. "It’s just a chemical reaction of carbon [in the waste] and oxygen."

All of the gas produced by the system is trapped so that it can then be transformed into valuable materials ranging from fuel to fertilizer. Meanwhile, any metals in the trash will have melted, priming them for reuse as well.

"It allows you to recycle the entire waste stream," Hart told Fast Company — a capability that could prove invaluable as we attempt to dig ourselves out from under the global garbage crisis.

More on garbage: US Cities Have Nowhere to Send Recyclables, so They’re Burning Them

Reduce, Reuse, Landfill
A Shocking Amount of US "Recycling" Goes Straight to the Landfill
10. 24. 22
Read More
China Isn't Taking Our Recycling. Here's What We Could Do With It Instead.
5. 30. 18
Read More
Europe Is Illegally Shipping Its Used Electronics to Nigeria
4. 23. 18
Read More
+Social+Newsletter
TopicsAbout UsContact Us
Copyright ©, Camden Media Inc All Rights Reserved. See our User Agreement, Privacy Policy and Data Use Policy. The material on this site may not be reproduced, distributed, transmitted, cached or otherwise used, except with prior written permission of Futurism. Articles may contain affiliate links which enable us to share in the revenue of any purchases made.
Fonts by Typekit and Monotype.