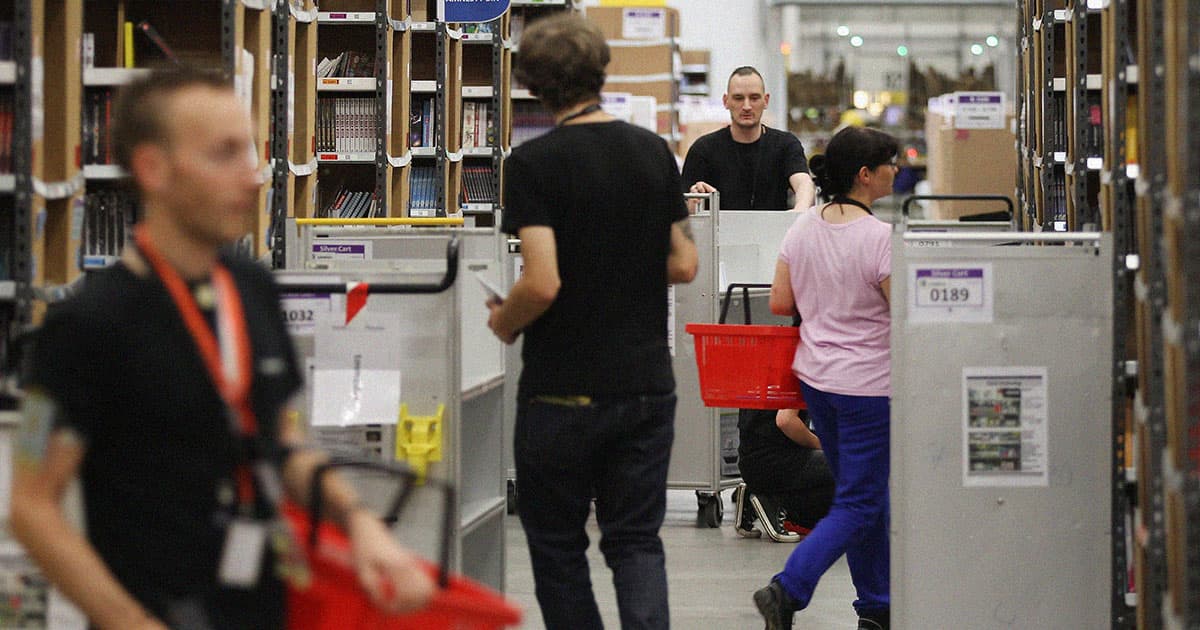 Some of these are... not great.

Some of these are... not great.

"Frupidity." "Swag Bucks" (and/or, "Swaggies"). "CRaP." According to Insider, these are a few of the silly, annoying, and/or stupid words forced upon Amazon employees.

We're not saying we expected more from notoriously cringe Bezos, king of both being the worst and, importantly, labor issues. And, okay, making employees use frivolous words or phrases doesn't rank among the worst allegations against Amazon — but some of these phrases do toe some seriously thin ethical lines.

To clarify, neither "frupidity" (the combination of "frugal" and "stupidity"), "Swag Bucks" (Amazon's version of internal Monopoly money, given to employees to be spend with the company), nor "CRaP" (shorthand for Can't Realize a Profit, referring to sub-$15 items like water bottles and paper towels that don't generate revenue) are related to questionable workplace practices. They're just dumb.

But take the term "Hire to Fire," which, according to Insider, refers to Amazon's notoriously brutal firing quotas. Managers have admitted in the past that they face so much pressure to ensure employee turnover that they often hire new talent with the only goal of letting those folks go shortly thereafter — and it apparently happens so often that the company has a word for it.

"We might hire people that we know we're going to fire," one unnamed manager told Insider last year, "just to protect the rest of the team.

That's small fish, though, compared to "make rate," a term said to measure whether employees are keeping up with their "stow rate," which refers to Amazon's absolutely brutal productivity demands — you know, the ones so extreme that workers have been known to pee in bottles on the warehouse floor so as to not get fired for bathroom breaks. And perhaps unsurprisingly, "make rate" and "stow rate" are just two of several company terms that refer to Bezos' penchant for turning employees into productivity stats, and churning through as many workers as possible.

There are several more words on Insider's list, and to be be fair, it's common for major corporations to promote goofy company slang. But in Amazon's case, cutesy names for bad behavior doesn't make those practices any better — if anything, it makes them that much worse. Gotta say, the S-Team's OV isn't looking too great from here.

READ MORE: From 'frupidity' to 'swag bucks,' 16 secret terms only Amazon workers know, and what they mean [Insider]

More on Amazon: Jeff Bezos Says the Ftc Is Being Vewy Vewy Mean