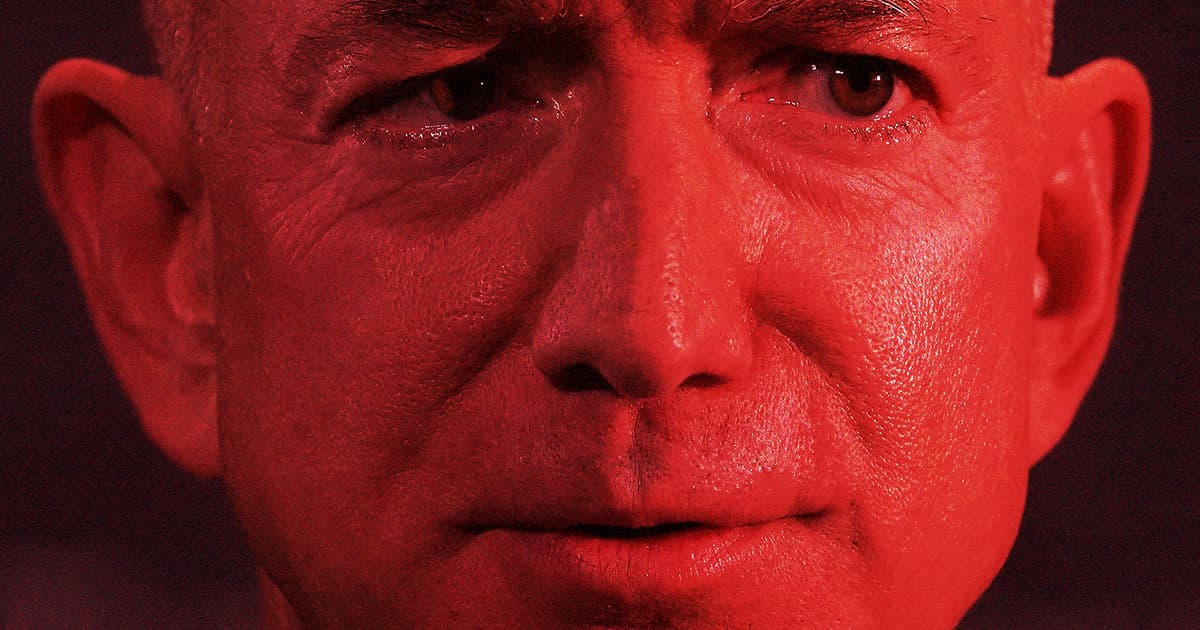 Jeff Bezos Says the FTC is Being Vewy Vewy Mean

Jeff Bezos wants to know what you buy, when you go to bed, who goes to and by your house, and as per his recent iRobot acquisition, he probably wants to map the interior of your home, too. But the Federal Trade Commission (FTC) digging into his business? It's an outrage!

As Vice reports, Amazon has filed a lawsuit against the FTC, claiming that an investigation into the e-commerce giant has become "unduly burdensome" on top Amazon executives — specifically, Executive Chairman Jeff Bezos and CEO Andrew Jassy — who, among a number of other higher-ups, were issued civil investigative demands (CIDs) at their personal homes or even on holiday weekends. To think, the execs work so hard for their time off... poor things.

CIDs are similar to subpoenas — essentially, Bezos, Jassy, and others are being called for hearings. And from the looks of it, they're not too thrilled.

According to the CIDs, the FTC intends to questions to ask about all of these services, in addition to — as they vaguely describe them — "other topics."

But as per the new anti-FTC suit, neither Bezos nor Jassy has any "unique knowledge" about the situation to offer in a "grossly unreasonable" hearing. Thus, the CIDs are, in their opinion, "calculated to serve no other purpose than to harass Amazon’s highest-ranking executives and disrupt its business operations."

Importantly, FTC chair Lina Khan and Amazon have a history. Back in law school, Khan wrote what's now a widely regarded reframing of Monopoly law, which she centered around Amazon. Suffice to say, Amazon doesn't like her, and back in June 2021 — after the investigation started — it even tried to get her fired.

As The Verge points out, this is an interesting moment for Amazon to get squirmy. Subscription practices aside, the company's recent purchases of Roomba-maker iRobot, film studio MGM, and healthcare provider One Medical have had antitrust and privacy experts on high alert — the "other things" of interest to the FTC, perhaps?

Anyway, we hope that Bezos and Jassy find some zen in their moment of crisis. We've heard that mantras are helpful.

Outta Luck Zuck
Gov Files Antitrust Suit to Stop Facebook From Buying VR Company
7. 28. 22
Read More
Company Town
Amazon Pays for High School Class About How to Be an Amazon Grunt
1. 26. 22
Read More
Deadly Delivery
Amazon Wouldn't Let Driver Stop Deliveries as Tornado Struck
12. 17. 21
Read More
+Social+Newsletter
TopicsAbout UsContact Us
Copyright ©, Camden Media Inc All Rights Reserved. See our User Agreement, Privacy Policy and Data Use Policy. The material on this site may not be reproduced, distributed, transmitted, cached or otherwise used, except with prior written permission of Futurism. Articles may contain affiliate links which enable us to share in the revenue of any purchases made.
Fonts by Typekit and Monotype.