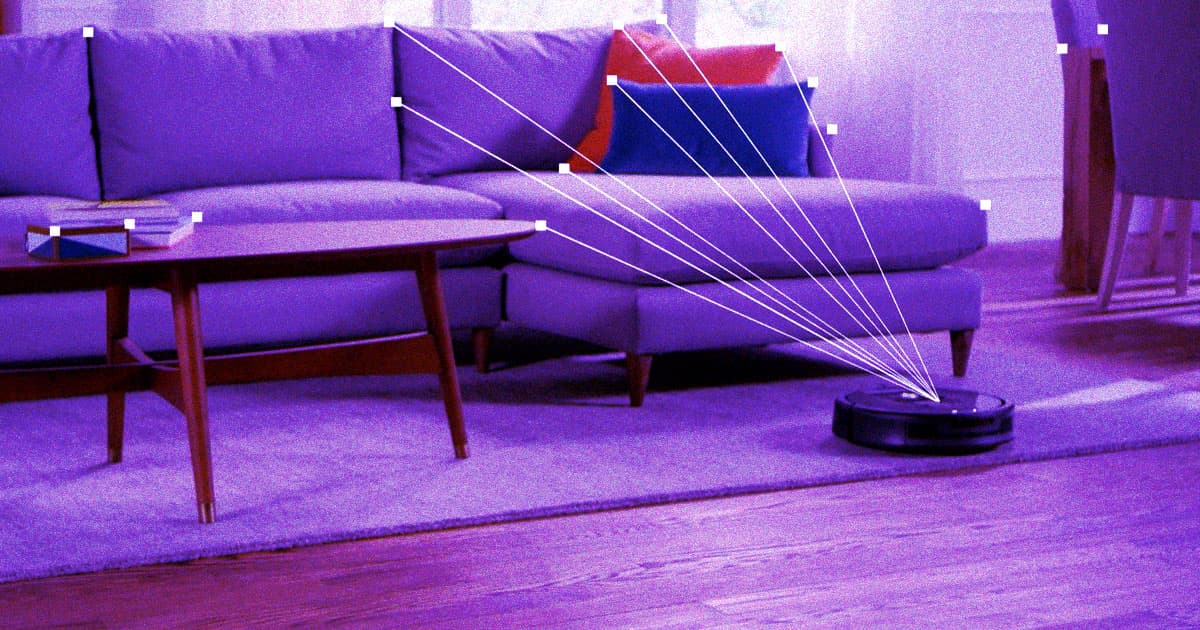 In Roomba We Do Not Trust

Report: Amazon Bought Roomba to Better Creep on Your Home

"Amazon wants to have its hands everywhere."

"Amazon wants to have its hands everywhere."

The Roombas have turned!

After Amazon's $1.7 billion acquisition of Roomba maker iRobot, the beloved automated vacuums now belong to Jeff Bezos, who probably wasn't being motivated by a passion for clean floors.

Rather, purchasing Roomba offers Amazon a very different opportunity: getting a detailed map of your home, Bloomberg reports.

All of Amazon's pre-existing wealth of smart home devices, though convenient, have the capacity to relay information about users back to Amazon — which can tell a lot about a household when pieced together.

And now, having acquired data-laden Roombas — advanced versions of which are equipped with mapping technologies and cameras — Amazon will be able to get an even more in-depth picture of households everywhere.

"You can learn the behaviors of a household based on their patterns," Brad Russell, who tracks smart home products for researcher Parks Associates Inc, told Bloomberg. "One of the most foundational things is occupancy. There's a lot they could do with that."

As Insider reports, data-privacy and antitrust experts were quick to condemn the acquisition.

Ron Knox, a senior researcher at the Institute for Local Self-Reliance, called the acquisition "the most dangerous, threatening acquisition in the company's history," in a series of tweets.

"Amazon's interest in buying a popular product like Roomba is obvious," Knox continued. "But with its acquisition of iRobot, Amazon would get so much more: A rival product, a vast dataset, and a new way into people's homes and lives."

And that's just it. iRobot isn't a startup; it's a leader in its market, and Roombas are already endearingly scooting through millions of homes as we speak. The ecommerce giant has purchased a significant market share — not to mention a whole new set of wildly revealing data.

"Amazon wants to have its hands everywhere," Evan Greer, the director of the nonprofit digital-rights-advocacy organization Fight for the Future, told Wired, "and acquiring a company that's essentially built on mapping the inside of people's homes seems like a natural extension of the surveillance reach that Amazon already has."

More on data use: Facebook Admits It Doesn't Know What It Does With Your Private Data