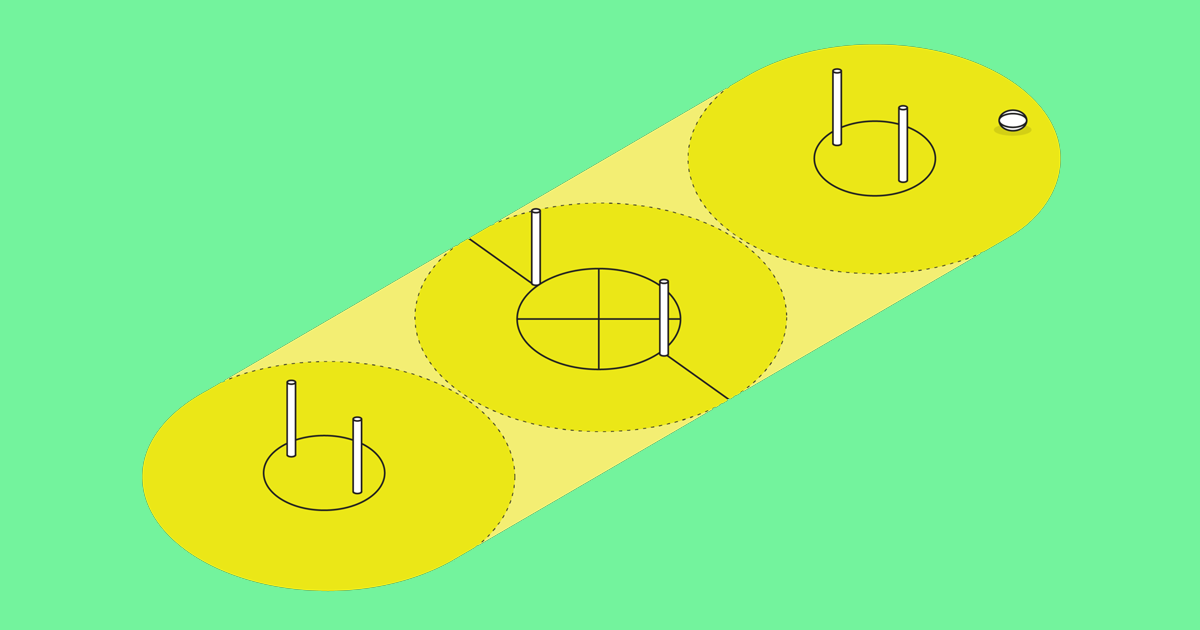 Digital product agency AKQA says it has taught an artificial intelligence to invent a sport by feeding it data about 400 existing ones, TechCrunch reports. The resulting never-played-before sport, called "Speedgate," is an unusual mix of soccer and rugby — with a touch of Quidditch.

Speedgate is by turns familiar and bizarre. Two opposing teams of six players pass and eventually kick or throw a ball through one of three gates at either end of a field — as long as it's not the middle one. The team is composed of three forwards and three defenders. Only one defender can be in a gate at a time. No pushing is allowed.

Other games invented by AKQA's algorithm were even stranger. Some other failed ideas the AI came up with  include "descriptions for sports like 'underwater parkour,' an exploding Frisbee game, and another in which players pass a ball back-and-forth while in hot air balloons and on a tightrope," TechCrunch writes.

AKQA even went as far as to organize a Speedgate live demonstration at an event in Portland last week. The AI even came up with a series of logos using a generative adversarial network and some fun, motivating slogans: "Face the ball to be the ball to be above the ball."

More on AI: Future AI Could Take Revenge for How We Treat It Now

Artificial Baby
Chinese Scientists Create System to Care For Embryos in Artificial Womb
2. 1. 22
Read More
Health Sale
Remember IBM's Amazing Watson AI? Now It's Desperately Trying to Sell It Off
1. 7. 22
Read More
From Our Partners
How to Stay Focused At Work And Meetings Using AI
10. 25. 21
Read More
+Social+Newsletter
TopicsAbout UsContact Us
Copyright ©, Camden Media Inc All Rights Reserved. See our User Agreement, Privacy Policy and Data Use Policy. The material on this site may not be reproduced, distributed, transmitted, cached or otherwise used, except with prior written permission of Futurism. Articles may contain affiliate links which enable us to share in the revenue of any purchases made.
Fonts by Typekit and Monotype.