Scientists Made A New Humanoid Robot, And It Walks Just Like a Human

Soon we will see humanoid robots running like a real person. 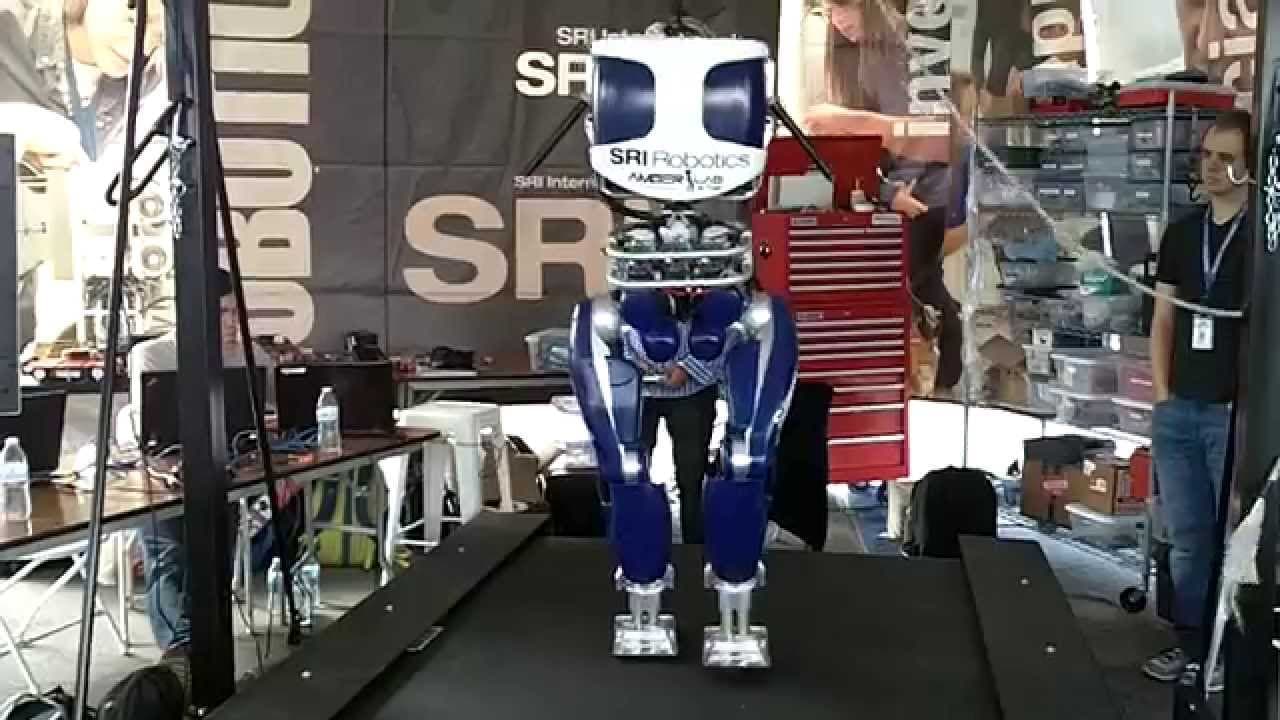 The Defense Advanced Research Projects Agency (or DARPA) wants robots that can walk like human beings and do other human activities, such as climbing ladders, using tools, and completing other day-to-day activities. But that requires a bit of stability.

Now, one team has taken us a step closer to that dream by creating the SRI DURUS robot.

SRI is one of the teams funded by DARPA that is tasked with creating robots that are ultimately 20 times more efficient walkers (as compared to their predecessor)s. Recent work shows that DURUS has almost reached its goal of being 20 times better than ATLAS, another bipedal robot.

It has a more human-like stride giving it a cost of transport rating of 1.5, thanks to its fancier hardware, software, and gait control.

To celebrate this feat, DURUS was given a new set of blue Adidas shoes. In the video below, you can see DURUS walk remarkably like how person does when they walk. With this advancement, soon, it is likely that we will be seeing humanoid robots handle rough terrains, stairs, and other complex movements.

Read This Next
Seems Legit
DARPA Spent $68 Million on Technology to Spot Deepfakes
Futurism
If DARPA Wants To Stop Deepfakes, They Should Talk To Facebook And Google
Futurism
The Military Just Created An AI That Learned How To Program Software
Futurism
DARPA Is Working to Make AI More Trustworthy
Futurism
Future Robots May be Considered "Electronic Persons"
More on Artificial Intelligence
All Your Anime Ar...
Yesterday on the byte
Netflix Brags That It Used AI to Replace Human Animators In New Anime
AI After All
Yesterday on futurism
This Entire Sci-Fi Magazine Generated With AI Is Blowing Our Puny Human Minds
AI Hands
Yesterday on the byte
Here's Why AI Is so Awful at Generating Pictures of Humans Hands
READ MORE STORIES ABOUT / Artificial Intelligence
Keep up.
Subscribe to our daily newsletter to keep in touch with the subjects shaping our future.
+Social+Newsletter
TopicsAbout UsContact Us
Copyright ©, Camden Media Inc All Rights Reserved. See our User Agreement, Privacy Policy and Data Use Policy. The material on this site may not be reproduced, distributed, transmitted, cached or otherwise used, except with prior written permission of Futurism. Articles may contain affiliate links which enable us to share in the revenue of any purchases made.
Fonts by Typekit and Monotype.