Tesla Accused of Shutting Off Autopilot Moments Before Impact

You have two seconds to avoid this car crash! 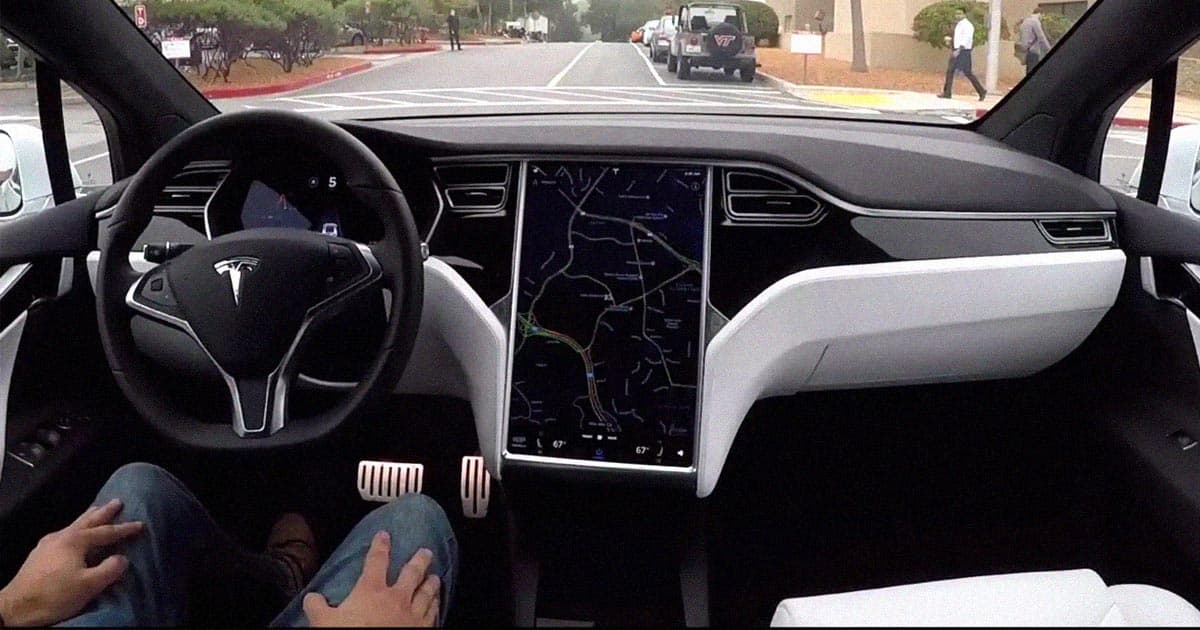 Controversy over Tesla's Autopilot functionality, which provides limited automation functionality, is nothing new. The feature has reportedly been involved in a number of crashes, some deadly.

But while the Elon Musk-helmed electric car manufacturer has so far managed to stay legally unscathed by the feature, a bombshell report from the newly-expanded National Highway Traffic Safety Administration (NHTSA) investigation into Autopilot safety may change that.

In the report, the NHTSA spotlights 16 separate crashes, each involving a Tesla vehicle plowing into stopped first responders and highway maintenance vehicles. In the crashes, it claims, records show that the self-driving feature had "aborted vehicle control less than one second prior to the first impact" — a finding that calls supposedly-exonerating crash reports, which Musk himself has a penchant for circulating, into question.

Tesla has so far been able to avoid legal accountability regarding Autopilot and Full Self-Driving — that's a related feature, still in Beta rollout to the public in spite of an ongoing government probe, that provides much more advanced self-driving capabilities — crashes on grounds that self-driving collisions are the fault of drivers who misuse the misleadingly-titled assistive feature, and not the cause of the technology itself.

"Autopilot enables your car to steer, accelerate and brake automatically within its lane," the carmaker says on its website, before adding that, "current Autopilot features require active driver supervision and do not make the vehicle autonomous."

While the NHTSA findings might not be enough to bring Tesla to court, they might cause enough skepticism about the efficacy of the tech to warrant a recall. The probe also found that in four of the 16 crashes in question, the Tesla vehicle failed to provide audio and visual alerts to the driver during the "final Autopilot use cycle" before the crash.

This points out some major flaws in the self-driving features, especially given the probe's assertion that available video of each of the collisions shows that "the approach to the first responder scene would have been visible to the driver an average of 8 seconds" before impact.

Between a massive round of layoffs, phantom braking reports, and now a government inquiry that may result in an embarrassing recall, the electric car manufacturer is having a tough year. It's still unclear what will come of the NHTSA investigation, but in the words of the Tesla CEO himself, it's safe to say that we have a "super bad feeling" about it.

Read This Next
Where's Musko
7 Theories About Why Elon Musk Has Disappeared
Fiery Furnaces
Firefighters Struggle as Junkyard Tesla Bursts Into Flames Weeks After Crash
New Low Score
Tesla Reportedly Giving Full Self-Driving Beta to Basically Anybody Now
Stonk Broke
Twitter Bots Love Tesla. Elon Musk Is Pledging to Destroy Them
What Did He Do?
Tesla Fires Employee Who Posted Shocking YouTube Videos About Its Full Self-Driving Beta
More on Advanced Transport
Robotaxi to Nowhere
Yesterday on the byte
Group of Robotaxis All Shut Down at Same Moment, Stopping Traffic for Hours
Here for the ride
Wednesday on the byte
GM's Robotaxis Are Now Collecting Fares with No Safety Driver
Sign Me Up
Wednesday on the byte
Airline Announces Plans to Add Spacious Bunk Beds to Economy Class
READ MORE STORIES ABOUT / Advanced Transport
Keep up.
Subscribe to our daily newsletter to keep in touch with the subjects shaping our future.
+Social+Newsletter
TopicsAbout UsContact Us
Copyright ©, Camden Media Inc All Rights Reserved. See our User Agreement, Privacy Policy and Data Use Policy. The material on this site may not be reproduced, distributed, transmitted, cached or otherwise used, except with prior written permission of Futurism. Fonts by Typekit and Monotype.