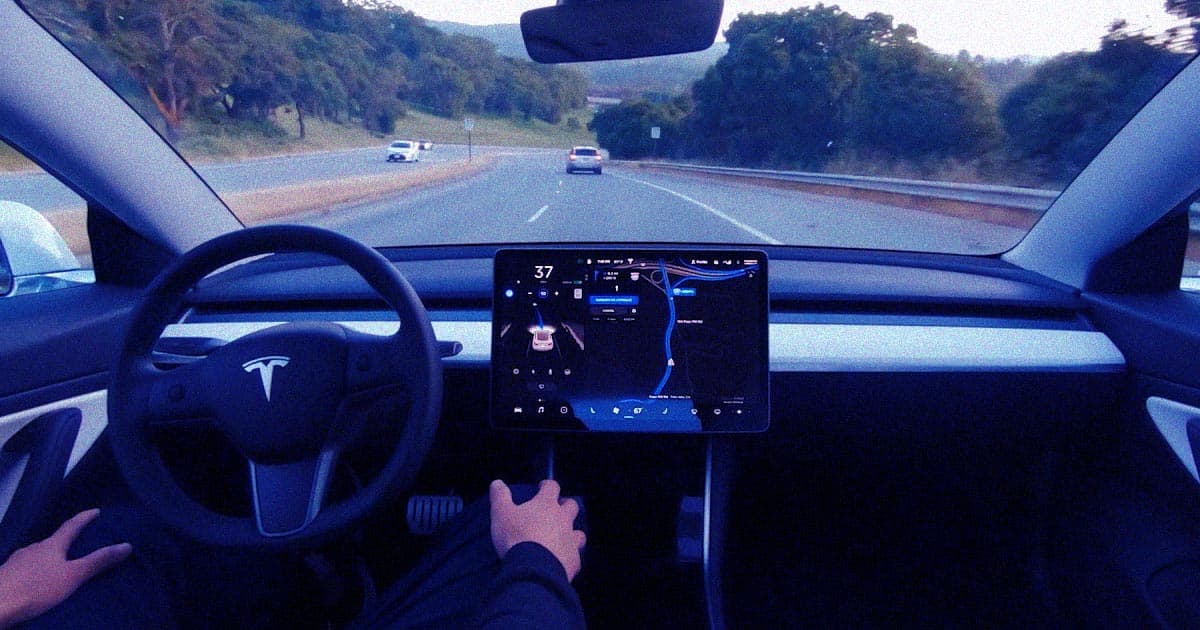 Tesla has slowly been rolling out the beta to its advanced — albeit misleadingly named — Full Self-Driving assistance software, giving select motorists a taste of what might be the future of driving.

So far, the Elon Musk-led company has been relying on "safety scores" to decide who gets the upgrade, based on driving behavior including the number of forward collision warnings per 600 miles, hard braking, aggressive turning, and unsafe following.

Some drivers, with a near perfect score of at least 98 out of 100, have been able to try out the unfinished self-driving software on public roads — despite the rather obvious public safety risks, as seen in alarming videos shared by testers.

This weekend, Musk announced that the beta is being expanded to another 100,000 cars, doubling the number in the program. He had previously hinted back in March that anybody with a score of at least 95 was soon able to join.

But if the latest reports on social media re to be believed, Tesla may have now scrapped or greatly reduced the safety score requirements for the beta, and is allowing practically anybody to test out the potentially dangerous feature.

Screenshots shared by Whole Mars Catalog show another Twitter user informing them of getting the FSD "without any safety score whatsoever."

"Just hit apply for beta last night and it said you are in queue but started downloading update immediately," the unnamed told them.

There is a possibility that "the previous owner was enrolled or something" since the car in question was recently bought used, Whole Mars Catalog pointed out.

Even if that were the case, Tesla's safety score vetting system clearly has some issues if it's allowing those without any score at all to slip through the cracks — which, in the worst case scenario, could lead to a collision on public roads.

Other users chimed in as well, saying that they managed to get access.

"I got it on 2 cars Monday night, both with bad safety scores," one user wrote, adding that their scores were 93 and 94 — below the recently announced threshold of 95.

It's not exactly confidence inducing to hear of half-baked software that can take full control over a 1.6 ton vehicle in the middle of an urban area going out to unvetted drivers.

Futurism has reached out to Tesla for clarification, but given the company dissolved its PR department years ago, we won't be holding our breath.

Read This Next
tesla recall
Tesla Accused of Shutting Off Autopilot Moments Before Impact
Fiery Furnaces
Firefighters Struggle as Junkyard Tesla Bursts Into Flames Weeks After Crash
Stonk Broke
Twitter Bots Love Tesla. Elon Musk Is Pledging to Destroy Them
What Did He Do?
Tesla Fires Employee Who Posted Shocking YouTube Videos About Its Full Self-Driving Beta
Self-Delusion
Experts Alarmed by Videos of Tesla Full Self-Driving Totally Screwing Up
More on Advanced Transport
Tesla Tyranny
Yesterday on the byte
As Crisis Deepens, Tesla Rescinds Job Offers to People Who'd Already Accepted Them
Watch Out Now
Jun 25 on the byte
Pilot Spots Jetpack While Landing at LAX
She's So High
Jun 25 on the byte
We're in Awe of this Absolutely Deranged "Nuclear-Powered Sky Hotel"
READ MORE STORIES ABOUT / Advanced Transport
Keep up.
Subscribe to our daily newsletter to keep in touch with the subjects shaping our future.
+Social+Newsletter
TopicsAbout UsContact Us
Copyright ©, Camden Media Inc All Rights Reserved. See our User Agreement, Privacy Policy and Data Use Policy. The material on this site may not be reproduced, distributed, transmitted, cached or otherwise used, except with prior written permission of Futurism. Fonts by Typekit and Monotype.