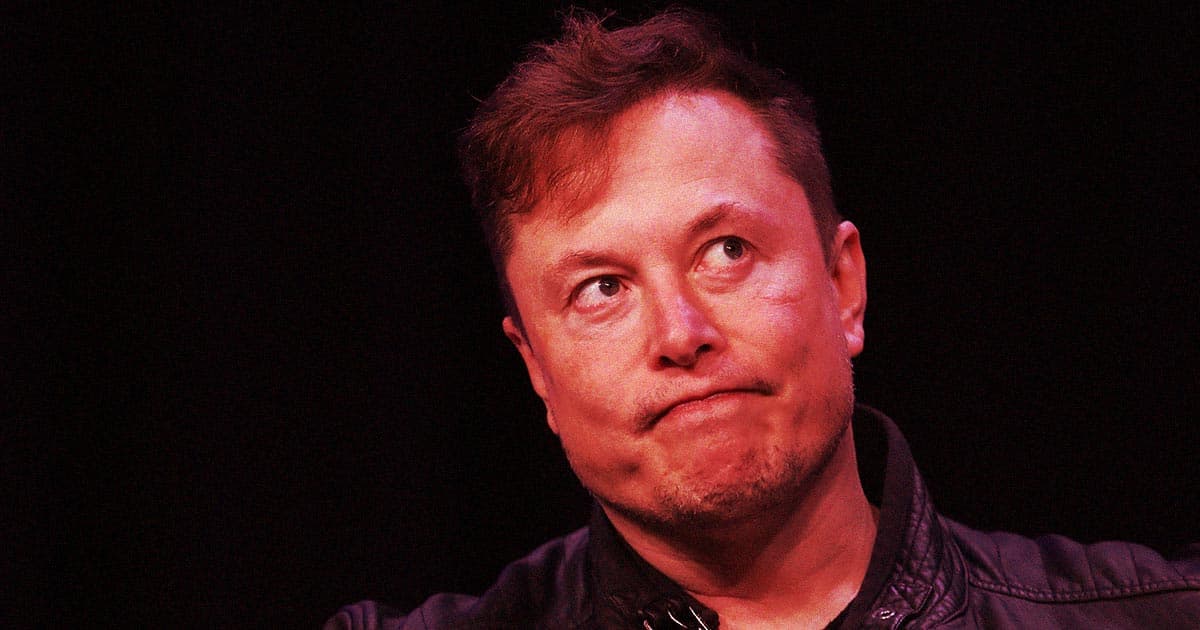 I Have a Bad Feeling About This

The company is pausing "all hiring worldwide."

The company is pausing "all hiring worldwide."

Tesla CEO Elon Musk is planning to cut ten percent of Tesla staff and freeze hiring worldwide because he has a "super bad feeling" about the economy, according to an email sent to executives and obtained by Reuters.

Tesla shares dropped by almost three percent in premarket trading today, according to the report.

Unsurprisingly, Musk did not elaborate on his rationale. But it's indicative of his larger concerns about an imminent economic downturn, which could put his car company — viewed as highly overvalued by many, including sometimes Musk himself — in jeopardy.

The message was sent just two days after Musk instructed employees at the car company to come back to work full time at the office or quit, furthering the sense that the mercurial CEO may be internally panicking.

Musk also argued last week that the world is approaching a recession, which he said would be "actually a good thing."

"It has been raining money on fools for too long," he tweeted at the time. "Some bankruptcies need to happen."

Analysts, however, aren't quite convinced that Musk is right.

"Musk’s bad feeling is shared by many people," Carsten Brzeski, global head of macroeconomic research at Dutch bank ING, told Reuters. "But we are not talking about global recession. We expect a cooling of the global economy towards the end of the year."

Tesla has also been struggling with resuming full operations at its plant in Shanghai, China, with local COVID-19 rules making it extremely difficult to accommodate workers at the site.

Musk's cursed attempt to buy Twitter has only added to Tesla's woes, with shares plummeting during the extraordinarily chaotic sale attempt.

Whether the entire global economy will be along for Musk's wild ride, however, remains to be seen.

READ MORE: Elon Musk plans to cut 10 percent of Tesla staff because of his 'super bad feeling' about the economy [Reuters]