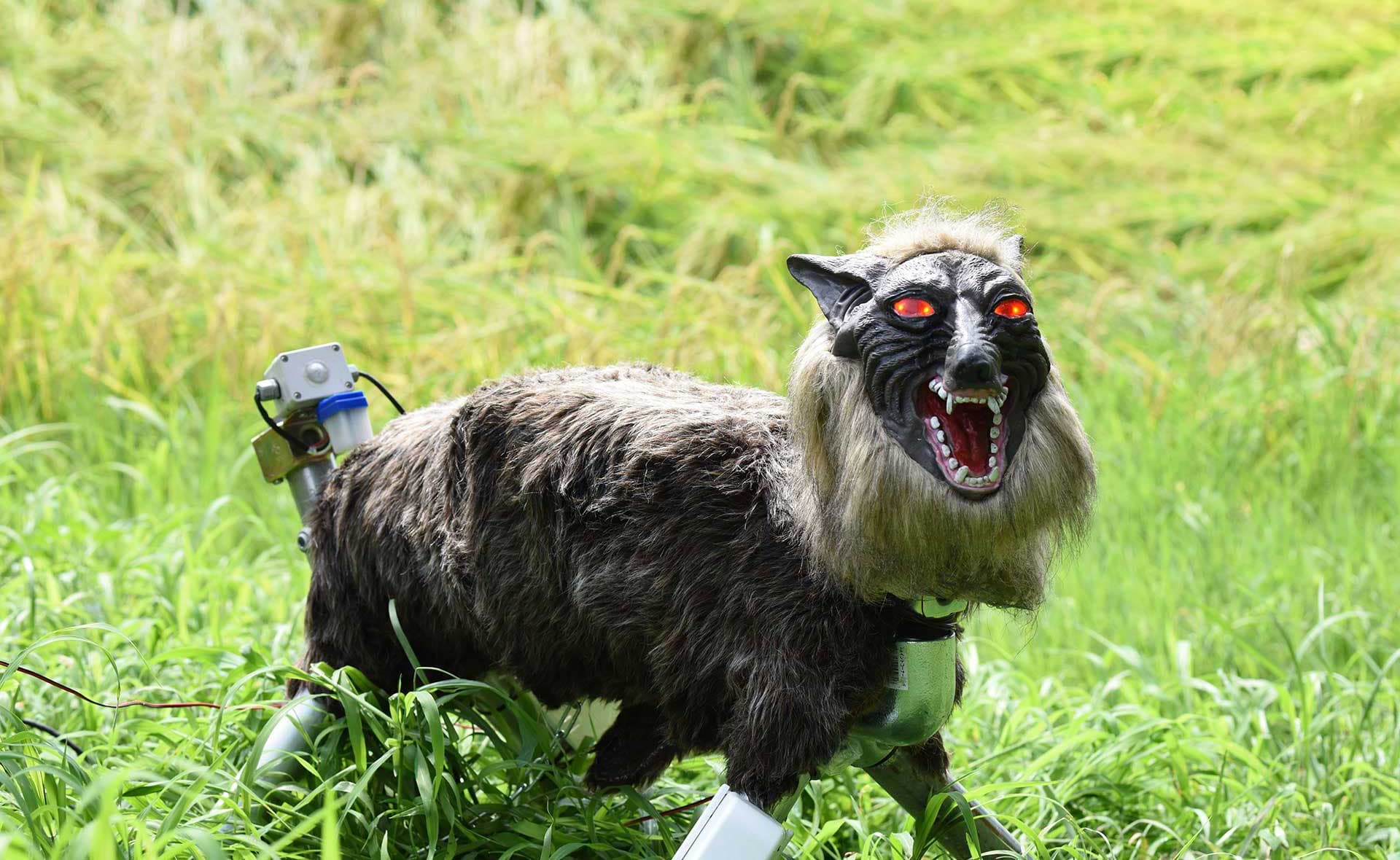 For the last eight months, farms near Kisarazu City in Japan have been home to a horrifying robot wolf. But don’t worry, it wasn’t created to terrorize local residents (although, from the looks of the thing, it probably did). Its official name is “Super Monster Wolf,” and engineers designed it to stop animals from eating farmers’ crops.

In truth, the story of the robowolf is more than a little sad. As Motherboard reports, wolves went extinct in Japan in the early 1800s. The cause? A state-sponsored eradication campaign. Now, parts of Japan are overrun with deer and wild boar. They love to feast on farmers’ rice and chestnut crops. Obviously, farmers do not love this. Fast forward 200 years, and humans create a robotic wolf to replace the species they killed off.

But there is some good here. The first official trial of the robot wolf just ended and – surprise! – it was a resounding success. In fact, it was such a success that the wolf is entering mass production next month, Asahi Television reports.

Ultimately, the trials revealed that the wolf has an effective radius of just about one kilometer (.62 miles), making it more effective than an electric fence, Chihiko Umezawa, of the Japan Agricultural Cooperative, told Chiba Nippo news. Anything outside that? You’ll have to invest in a few as, currently, the wolf is immobile.

Still interested in something better than a traditional scarecrow? If you want a robowolf of your own, you can snag one for about 514,000 yen ($4,840). The price is, admittedly, a bit steep; however, the company has more affordable monthly leasing options. Of course, it would have been far cheaper to just not eradicate an entire species, but it’s a little late for that.

Read This Next
Futurism
Japan’s “Invisible Train” Will Hit the Tracks in 2018
Futurism
Forget Credit Cards—Japan Wants to Use Fingerprint Payments
More on Robots & Machines
Wake Up Percy
Thursday on the byte
NASA’s Mars Rover “Percy” Stretches Its Arm for the First Time
Sniffing Around
Thursday on the byte
There’s a Robodog Walking Around the Site of the SpaceX Starship Explosion
Unreal Tournament
Monday on the byte
British Soldiers Training for Combat in Virtual Reality
READ MORE STORIES ABOUT / Robots & Machines
Keep up.
Subscribe to our daily newsletter to keep in touch with the subjects shaping our future.