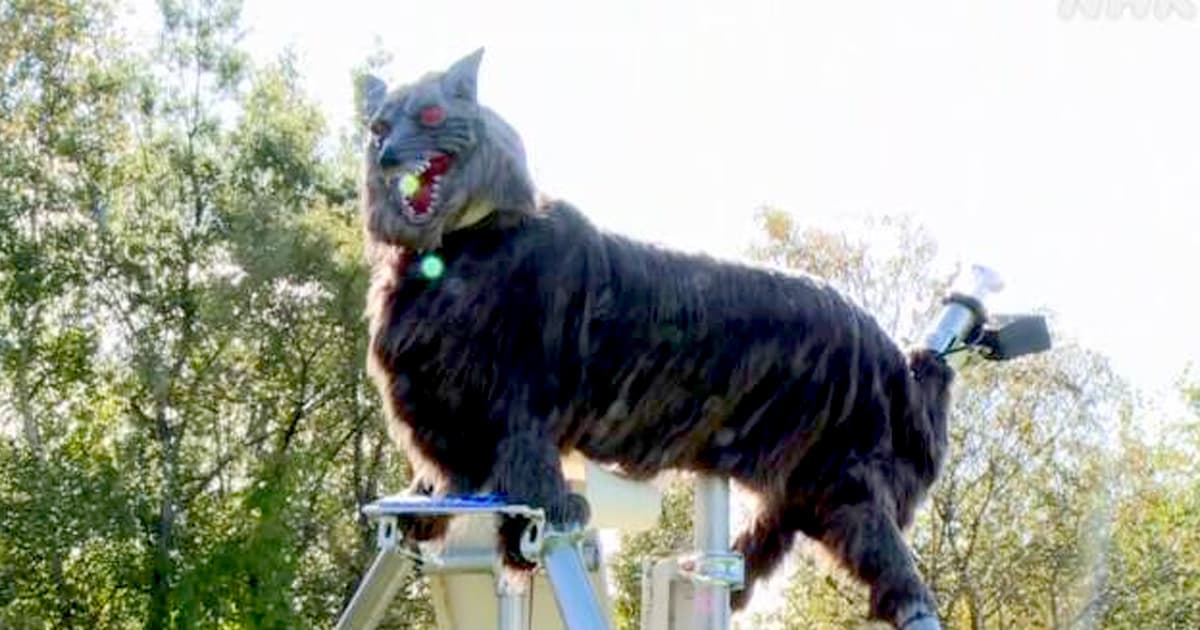 A town in Japan has installed several terrifying robot wolves that can move and give off blood-curdling howls in an attempt to prevent bear attacks, The Guardian reports.

The town of Takikawa got two of the "Monster Wolf" robots after bears were spotted in the surrounding neighborhoods in September, according to the newspaper.

There's been an increase in bear sightings in rural areas in the country, according to Japanese broadcaster NHK News. Dozens of attacks, two of which were fatal, prompted officials to install the two faux wolves.

The robots feature four "legs," a fur-coated body, and glowing red eyes. Their motion detectors can alert them of any bears nearby, triggering one of 60 different sounds. The robot maker behind the wolves has sold 70 units of them already in just about two years, The Guardian reports.

In 2018, farms near Kisarazu City in Japan also installed "Super Monster Wolf" robots in an attempt to stop animals from eating crops.

"I hope it will help create an environment where people and bears can coexist," Yuji Ota, president of the robot maker, told NHK last month.

More on robots: Unsettling Robot Grips Like an Elephant’s Trunk

Read This Next
From Our Partners
Can't Wait For November 26th? Save On These Pre-Black Friday Doorbusters Deals Now!
From Our Partners
Build A Cyberpunk Arsenal With These Robot Kits
Brands We Love
Teach Your Kids Coding and Engineering With These Cool Build-Your-Own Robot Kits
Brands We Love
This Robot Arm Can Print a Bottle Opener and Then Pour You the Beer
Brands We Love
Do You Really Need a Desktop Robotic Arm? Yes, Obviously You Do.
More on Sci-Fi Visions
FROM THE DEPT. OF...
Wednesday on futurism
The Best Tablets for Note-Taking of 2022
Crypto Apocalypse
Wednesday on the byte
Crypto Investors Despondent After Losing Life Savings in FTX "Bloodbath"
Butcher Shop
Tuesday on futurism
Neuralink Employees Admit Company Has Killed 1,500 Animals So Far
READ MORE STORIES ABOUT / Sci-Fi Visions
Keep up.
Subscribe to our daily newsletter to keep in touch with the subjects shaping our future.
+Social+Newsletter
TopicsAbout UsContact Us
Copyright ©, Camden Media Inc All Rights Reserved. See our User Agreement, Privacy Policy and Data Use Policy. The material on this site may not be reproduced, distributed, transmitted, cached or otherwise used, except with prior written permission of Futurism. Articles may contain affiliate links which enable us to share in the revenue of any purchases made.
Fonts by Typekit and Monotype.