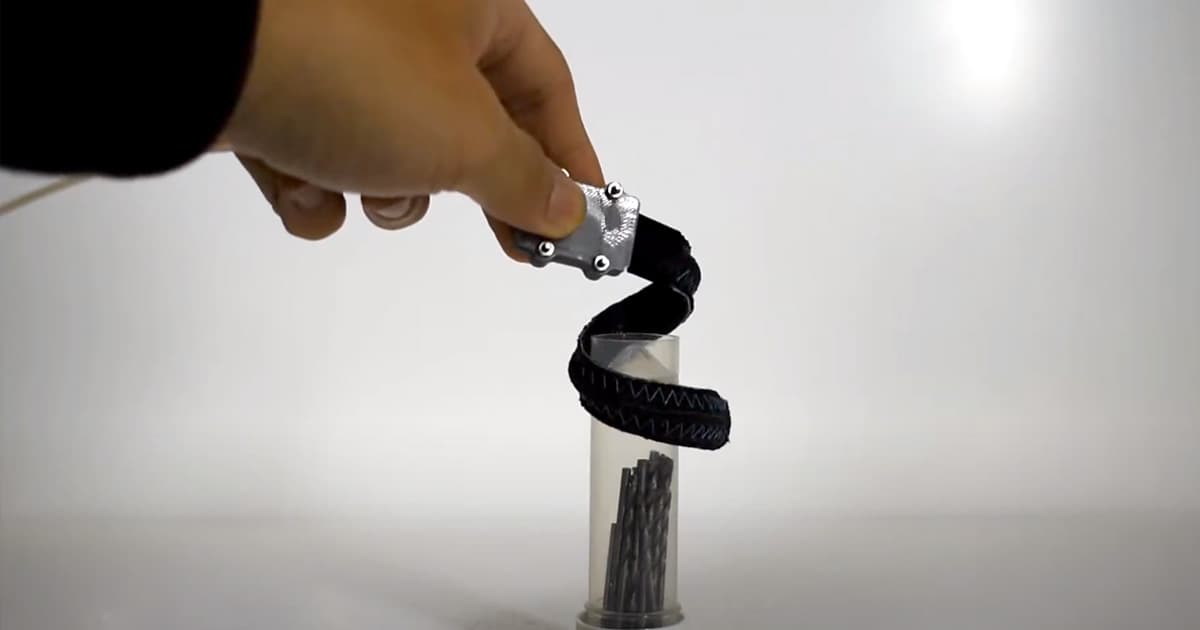 A team of scientists built a tentacle-like robot gripper that they say is more sensitive than a conventional claw or hand-shaped machine — because it wraps around and delicately constricts objects like a python or an elephant's trunk.

Modeling an elephant's complex musculature allows it to snugly grip delicate or hard-to-reach objects, according to a press release, in a new, gentler paradigm for robotic arms.

Thanks to a network of sensors that tell the robot snake how hard it's gripping, the University of New South Wales (UNSW) scientists that designed it say it can grab and hold delicate objects far more safely than conventional robots, according to research published last week in the journal Advanced Materials Technologies.

In a short lab video, the robot can be seen automatically winding around and grabbing objects ranging from a hammer to cucumber. The scientists say it can hold a grip on objects 220 times heavier than itself.

The scientists wanted to build a more versatile robot gripper by taking cues from animals like snakes and elephants, which they see as inspiration for a more robust tool.

"Many soft grippers are based on claws or human hand-like structures with multiple inward-bending fingers," study author and UNSW Medical Robotics Lab Director Thanh Nho Do said in the release, "but this makes them unsuitable to grip objects that are oddly shaped, heavy or bulky, or objects smaller or larger than the gripper's opening."