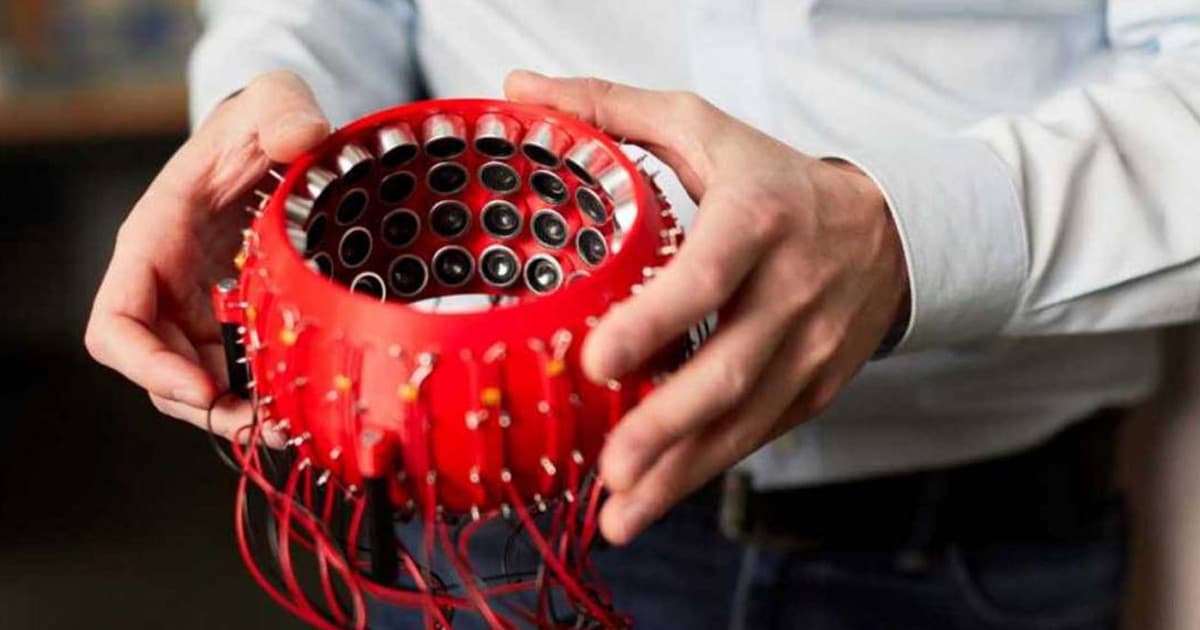 Ultrasonic Hands Could Give Robots a Lighter Touch

This robot can move objects without ever touching them.

This robot can move objects without ever touching them.

A Swiss researcher has created a prototype robot hand that moves objects without ever touching them.

The system exploits a phenomenon that's been around for 80 years — and it has the potential to bring the benefits of robotics to a wider range of industries in the future.

Swiss Federal Institute of Technology in Zurich researcher Marcel Schuck's robot hand looks like a bisected sphere on the end of a standard robot arm.

Each half of the sphere contains numerous tiny loudspeakers. By precisely controlling the ultrasound waves emitted from the speakers using custom software, Schuck can suspend a small object between the two halves of the sphere — a phenomenon called "acoustic levitation."

He can even move the object around in midair by manipulating the direction of the waves.

Schuck now plans to survey experts from various industries to explore applications for his ultrasonic robot hand. But he can already think of at least one potential use that's particularly appropriate given that his lab is based in Switzerland: watchmaking.

"Toothed gearwheels, for example, are first coated with lubricant, and then the thickness of this lubricant layer is measured," he said in a press release. "Even the faintest touch could damage the thin film of lubricant."

Meet the Optical Switch That is Just a Single Atom Thick
2. 8. 16
Read More
Disney Research Zurich and ETH Create a Robot That Can Climb Walls
1. 2. 16
Read More
CHON: Legacy
James Webb Discovers Coldest Ice in Known Universe, Harboring Molecules Essential For Life
Yesterday
Read More
+Social+Newsletter
TopicsAbout UsContact Us
Copyright ©, Camden Media Inc All Rights Reserved. See our User Agreement, Privacy Policy and Data Use Policy. The material on this site may not be reproduced, distributed, transmitted, cached or otherwise used, except with prior written permission of Futurism. Articles may contain affiliate links which enable us to share in the revenue of any purchases made.
Fonts by Typekit and Monotype.