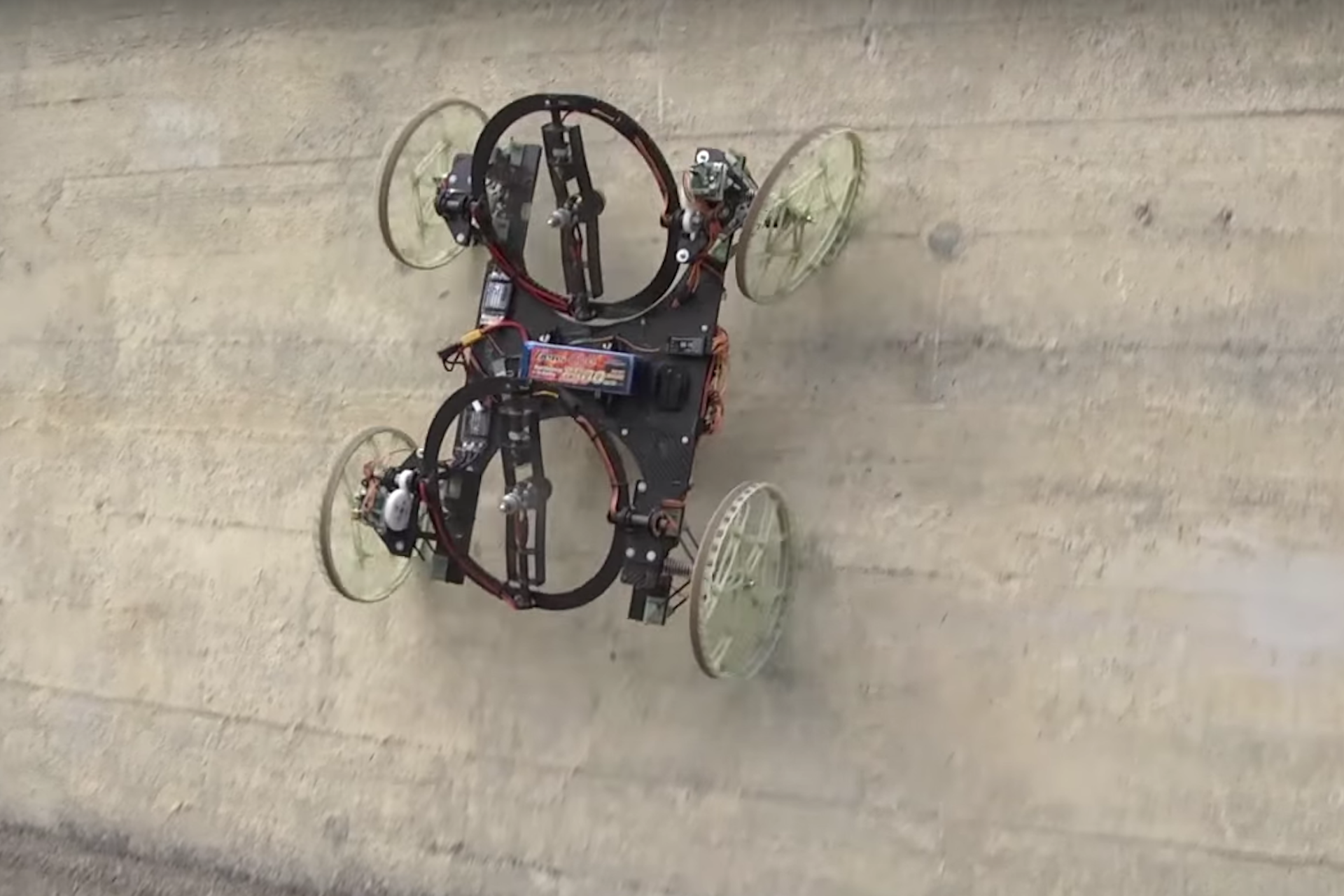 Disney Research is an international network of research labs at The Walt Disney Company with the purpose to pursue scientific and technological forefront innovations for the company. An example would be its research on 3D printed lifelike skin for robots. In collaboration with Swiss Federal Institute of Technology in Zurich (ETC Zurich), the two were able to develop a robot that can traverse walls.

Called the VertiGo, the four-wheeled robot is equipped with two tiltable propellers that provide thrust onto the wall, allowing for near-seamless transition from the ground to a wall and vice versa. One pair of wheels is steerable, and each propeller has two degrees of freedom for adjusting the direction of thrust. Such a feat extends the ability of robots to travel through urban and indoor environments.

The Science Behind the Disney Magic

According to the technical specifications, the ratio between the thrust output and the VertiGo’s weight had to be maximized for the robot to effectively perform the climb. Weight is minimized by using a central carbon fiber baseplate, while 3D-printed parts are used for more complex three dimensional structures like the wheel suspension or the wheels themselves.

The VertiGo is operated as easily as a common radio-controlled car. However unlike the common children’s RC car this one has two infrared distance sensors mounted up front to estimate its orientation in space.

The released robot is currently a prototype, and there is currently no plans of mass producing it for the public. Its initial application is entertainment including advanced visual effects.

Read This Next
Futurism
Meet the Optical Switch That is Just a Single Atom Thick
More on Robots & Machines
From the Dept. of...
Yesterday on futurism
The Best Exercise Bikes of 2023
It's Nothing Pers...
Thursday on the byte
Scientists Create Shape-Shifting Robot That Can Melt Through Prison Bars
From the Dept. of...
Thursday on futurism
The Best Smart Lights of 2023
READ MORE STORIES ABOUT / Robots & Machines
Keep up.
Subscribe to our daily newsletter to keep in touch with the subjects shaping our future.
+Social+Newsletter
TopicsAbout UsContact Us
Copyright ©, Camden Media Inc All Rights Reserved. See our User Agreement, Privacy Policy and Data Use Policy. The material on this site may not be reproduced, distributed, transmitted, cached or otherwise used, except with prior written permission of Futurism. Articles may contain affiliate links which enable us to share in the revenue of any purchases made.
Fonts by Typekit and Monotype.