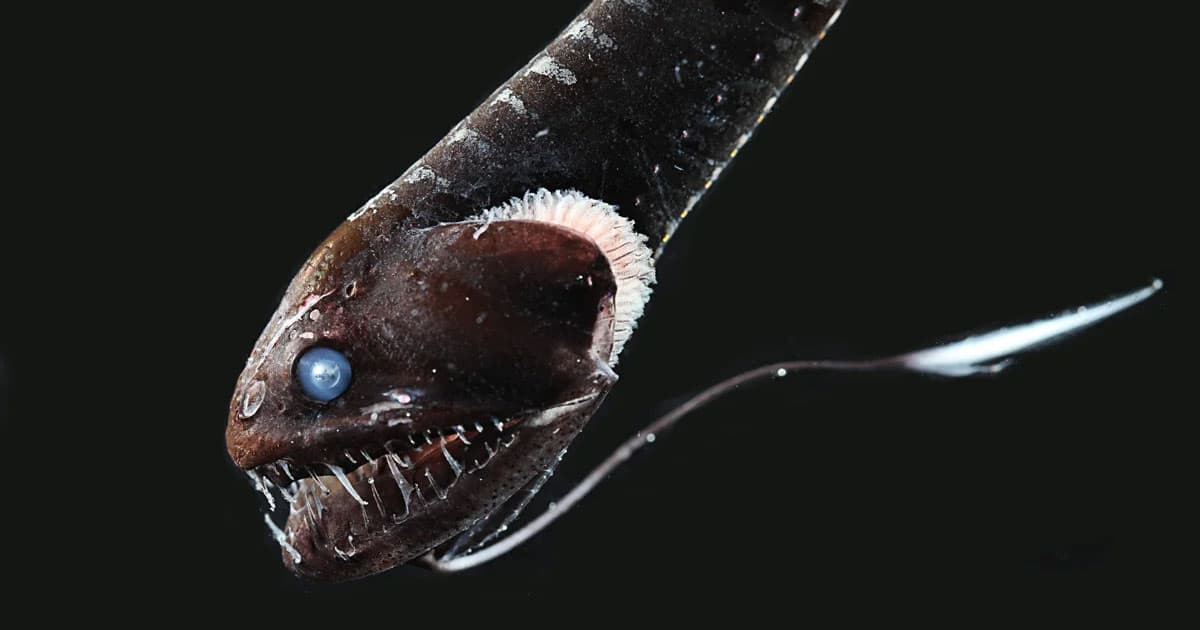 "I had tried to take pictures of deep-sea fish before and got nothing but these really horrible pictures, where you can't see any detail,” Osborn, who co-authored a paper about the fish published in Current Biology, told Wired. "How is it that I can shine two strobe lights at them and all that light just disappears?"

"It was the first case we have of something this black really being used as camouflage as well," he added.

Other species had melanosomes lining their guts to make sure any bioluminescent fish they ate won't give away their position. "You don't want to be swimming around with a glowing belly, right?" Osborne told Wired. "That's just asking for trouble."

So will we be able to make our own deep sea fish-inspired Vantablack coating? According to Davis, you'd need to be able to make the nanoparticles just the right size and shape, "then you should be able to just coat anything with it," as he explained to Wired.

Read This Next
Trout Addicts
New Research: There's Enough Meth in Some Rivers to Get Fish Addicted
Futurism
The World’s Rivers Are All Backed Up, Leaving Fish With No Place To Go
Futurism
We May Not Be Catching as Many Fish as We Were Two Decades Ago
Futurism
O Canada!—The Great White North Joins Mission to Map the Great Unknown
More on Earth & Energy
Dye in the Water
9:36 PM on the byte
Scientists Dye Chunks of Ocean Water Pink for Head-Turning Coastal Experiment
Face/On
8:59 PM on the byte
Scientists Found a Dinosaur's Face, Complete With Its Skin
The Brunt of It
Yesterday on the byte
Iceberg Twice the Size of New York City Breaks Off Antarctica
READ MORE STORIES ABOUT / Earth & Energy
Keep up.
Subscribe to our daily newsletter to keep in touch with the subjects shaping our future.
+Social+Newsletter
TopicsAbout UsContact Us
Copyright ©, Camden Media Inc All Rights Reserved. See our User Agreement, Privacy Policy and Data Use Policy. The material on this site may not be reproduced, distributed, transmitted, cached or otherwise used, except with prior written permission of Futurism. Articles may contain affiliate links which enable us to share in the revenue of any purchases made.
Fonts by Typekit and Monotype.