The Black Seadevil: Tech Finally Allowed Us to Capture the Anglerfish on Film

The male of this species lives out his life as a parasitic mate, losing his eyes and internal organs to the female. 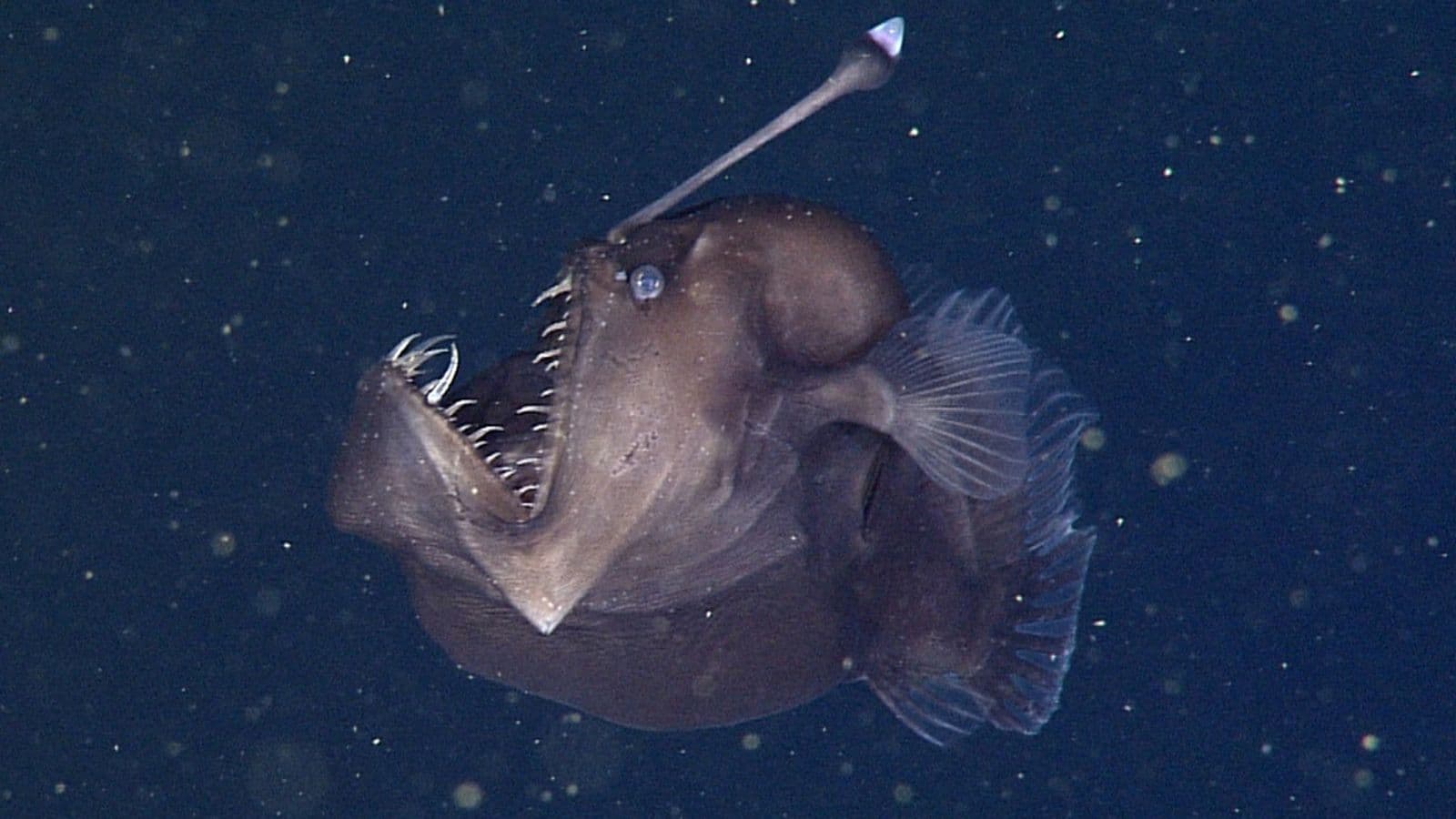 Seeing For the First Time

There are a number of amazing creatures in the depths of the ocean. Unfortunately, many of them have never been observed in their natural habitats. In fact, there are several marine species that we only know about because they washed onto our shores after they died, or they got caught in our fishing equipment. Other marine organisms have been observed extensively, but never captured in photographs or on film in their natural habitats.

This isn't too terribly surprising, as over 95% of the ocean remains unexplored. But fortunately, each day brings us more knowledge and understanding.

Case in point, the Monterey Bay Aquarium Research Institute (MBARI) finally captured a video of the elusive anglerfish in 2014. It's also known as the black seadevil, and according to MBARI, anglers are only rarely observed in their natural habitat (which is why we only caught one in the that few years). Their elusiveness stems from the fact that the anglerfish live in the deep (very deep) waters of the Monterey Canyon.

Ultimately, this video showcases something terribly important: As our technologies continue to advance, more and more of our planet is revealed to us. To that end, technology is literally opening an entire world to us.

The event transpired on Monday November 17. At this time, MBARI Senior Scientist Bruce Robison was leading a dive using the remotely operated Doc Ricketts in Monterey Bay. He came across the amazing deep-sea anglerfish at about 580 meters (1,900 feet) below the ocean's surface. Robison discussed the video, stating, "This is the first time we've captured this fish on video in its habitat. Anglerfish, like this Melanocetus, are among the most rarely seen of all deep-sea fishes. The shining spot at the tip of the 'fishing pole' projecting from the fish's head is a glowing lure. The anglerfish uses its light to attract prey in its deep, dark habitat."

Although it looks menacing, the fish in the video is only about 3.5 inches long. Reproduction of the anglerfish is quite eventful too. The male, who is significantly smaller than the female, latches on to the female with his sharp teeth… he then dissolves his mouth, as well as a small part of the female, and the two lovers are fused together— their blood vessels joining as one. He then lives out his life as a parasitic mate, losing his eyes and internal organs, leaving only his scrotum.

What’s more, the female anglerfish can have up to 6 mates latch on to her at once.