If doctors see how cancer changes specific cells, they can find better treatments to fight it. 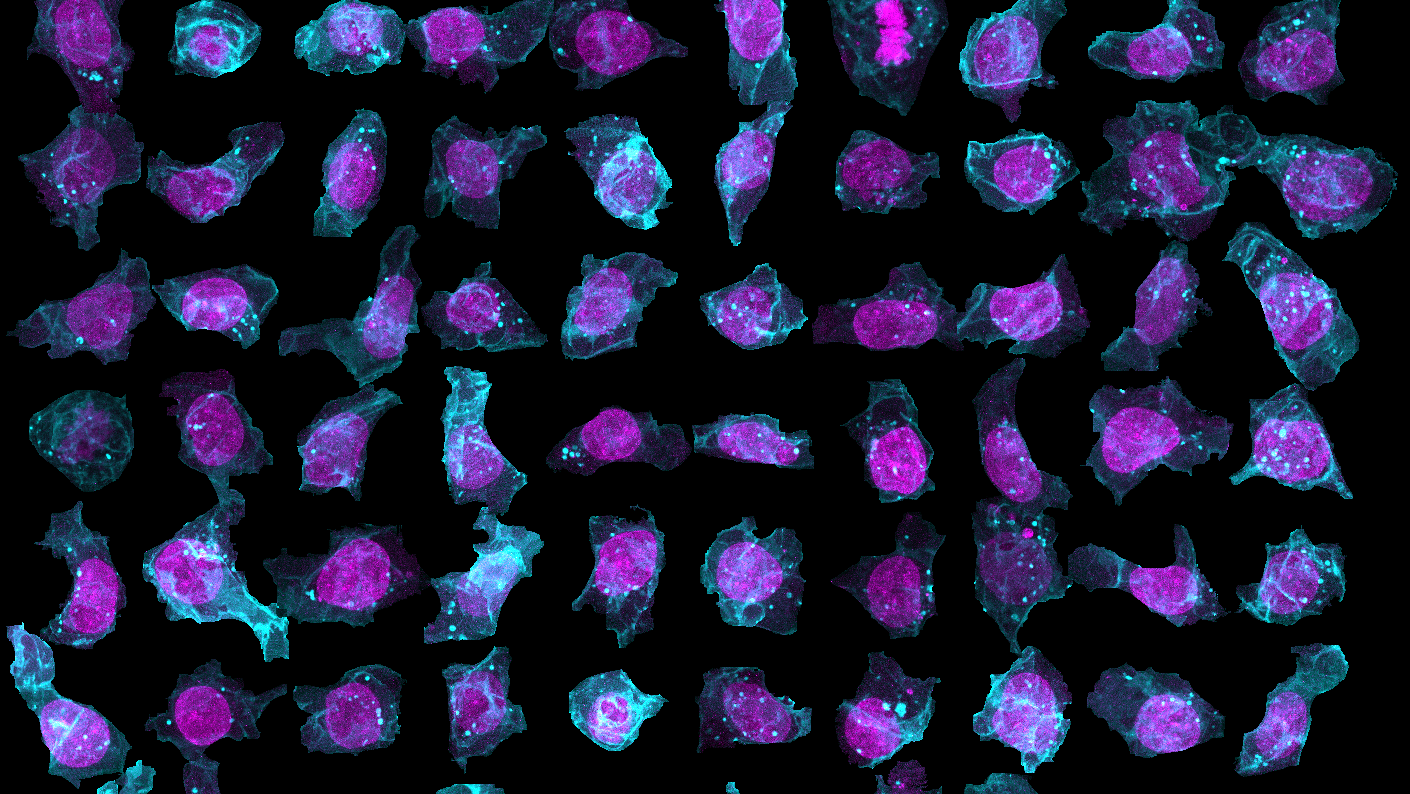 There's no doubt that medicine has come a long way; we know way more about how the human body works than ever before.

Seeing inside the body, though, still presents a challenge. Yes, we have scans, stains, and microscopes that let us glimpse of the body’s workings, but they offer only limited information. Not to mention that they can also damage or alter the cells that a doctor or researcher is trying to see in the first place.

It’s particularly difficult to see exactly what's going on with individual cells as they fight disease. And that can make it hard to figure out what a person needs to make them better.

To get a more thorough view of what’s going on in individual cells, researchers at the Allen Institute turned to artificial intelligence to create the first complete, 3D model of a human cell that shows how all the different components and structures found within a cell fit and work together.

The model shows what a typical human induced pluripotent stem cells (hiPSCs) might look like (they chose hiPSCs because they were cloning them as they tagged different structures within them). To train the AI that generated it, the researchers took detailed scans of thousands of cells  — their online tool, which is free and open to the public, offers 3D views of 32,000 cells.

With that information, the AI generated a model that predicts where each organelle, or internal component, of a cell is most likely to be found, and how it fits in with the rest of the cell. This model can predict where these organelles will be found in any new cell, so long as it's provided with an image from a microscope.

The researchers also used AI to create a probabilistic model that takes its best guess at where one might expect to find those same organelles if provided with a cell's size and shape, along with the location of its nucleus.

These models are useful for doctors and scientists because they provide a close-up look at the effects of cancer and other diseases on individual cells. By feeding the AI with data and images of cancer cells, they can get a more complete picture of how the cell, and its individual components, are affected. And that can indicate how doctors can help each patient with treatment tailored to their disease.

The team from the Allen Institute hopes their tools can help democratize medical research, improving healthcare in underserved areas. So the researchers are working to improve them, creating more complete models, according to NPR. They hope to have a broader database, full of models of more cells, available over the next few months.

Editor's note, 5/9/18 5:32 PM EDT: This post originally stated that the researchers had made a model of embryonic stem cells. They had, in fact, used hiPSCs, which are derived differently. The article has been updated. We regret the error.