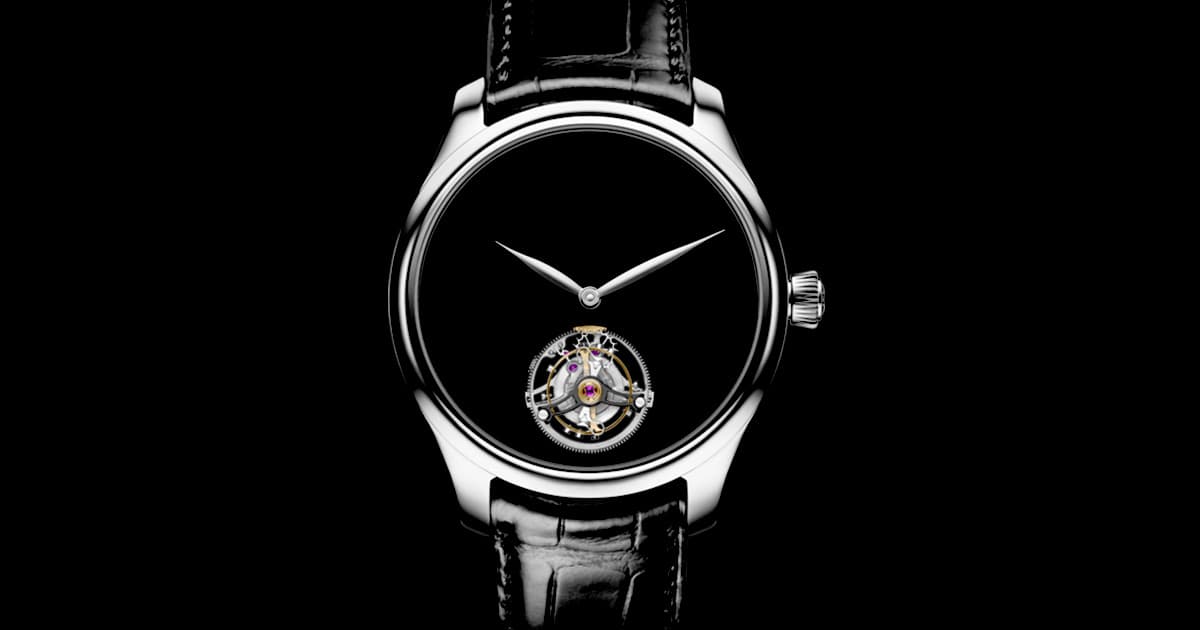 It's like staring into a black hole on your wrist.

It's like staring into a black hole on your wrist.

Swiss luxury watchmaker H. Moser & Cie. has partnered with Surrey NanoSystems — the company behind ultra-dark material Vantablack — to create a wristwatch that looks like you're staring into a black hole, The New York Times reports.

"I knew if we wanted to make black watches we would have to do something unique," H. Moser & Cie. CEO Edouard Meylan told the Times.

The Endeavour Tourbillon Concept Vantablack, a limited edition of just 50, will cost $75,000.

The Vantablack S-VIS coating works by trapping light between tiny nanotubes. One billion nanotubes can fit in just one square centimeter. It's so dark that it can make 3D objects appear two dimensional as any shape ends up reflecting almost no light.

Even German carmaker BMW jumped on the trend and coated an entire X6 luxury cross-over in the spray in August — but in a spray that only absorbs 99 percent of light, compared to the original Vantablack spray, which absorbs 99.965 percent.

"It wouldn’t have worked if we’d put on the original material," Surrey CTO Ben Jensen told New Atlas at the time. "The viewer would have lost all sense of three-dimensionality."

READ MORE: A Watch That Is Blacker Than Black [The New York Times]

FROM THE DEPT. OF THINGS TO BUY
The Best Tablets for Note-Taking of 2022
Yesterday
Read More
Butcher Shop
Neuralink Employees Admit Company Has Killed 1,500 Animals So Far
Tuesday
Read More
HIV Vaccine
Scientists Hopeful About Promising Results From HIV Vaccine
Dec 2
Read More
+Social+Newsletter
TopicsAbout UsContact Us
Copyright ©, Camden Media Inc All Rights Reserved. See our User Agreement, Privacy Policy and Data Use Policy. The material on this site may not be reproduced, distributed, transmitted, cached or otherwise used, except with prior written permission of Futurism. Articles may contain affiliate links which enable us to share in the revenue of any purchases made.
Fonts by Typekit and Monotype.