This Bionic Eye Is Better Than a Real One, Scientists Say

"A human user of the artificial eye will gain night vision capability." 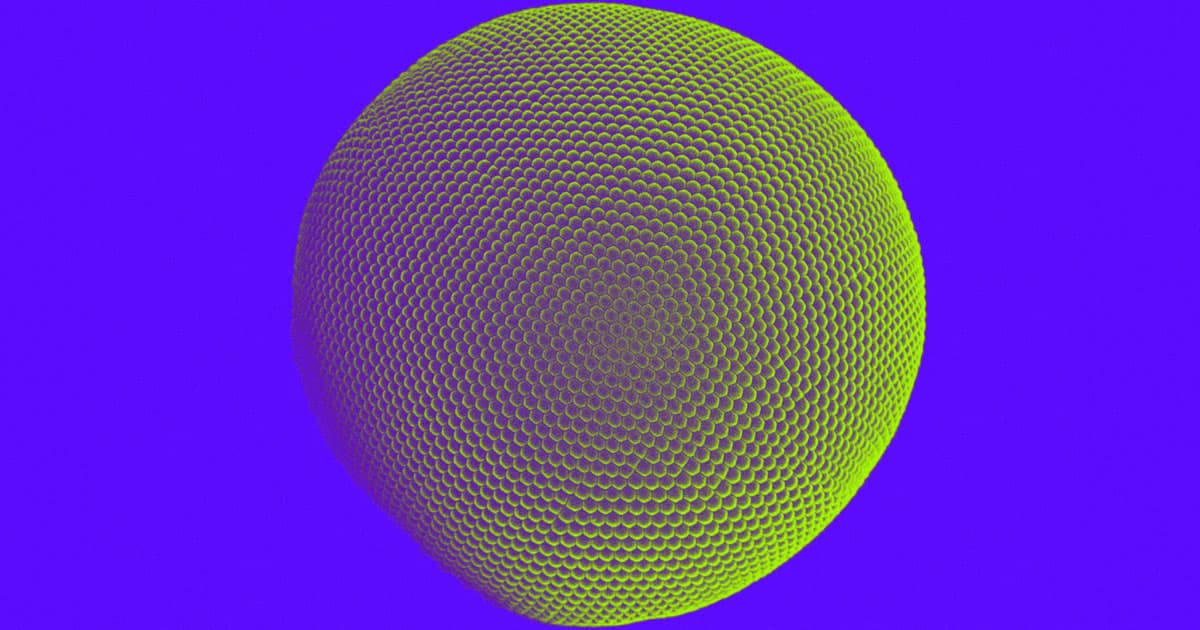 Researchers say they've created a proof-of-concept bionic eye that could surpass the sensitivity of a human one.

"In the future, we can use this for better vision prostheses and humanoid robotics," researcher Zhiyong Fan, at the Hong Kong University of Science and Technology, told Science News.

The eye, as detailed in a paper published in the prestigious journal Nature today, is in essence a three dimensional artificial retina that features a highly dense array of extremely light-sensitive nanowires.

The team, led by Fan, lined a curved aluminum oxide membrane with tiny sensors made of perovskite, a light-sensitive material that's been used in solar cells.

Wires that mimic the brain's visual cortex relay the visual information gathered by these sensors to a computer for processing.

The nanowires are so sensitive they could surpass the optical wavelength range of the human eye, allowing it to respond to 800 nanometer wavelengths, the threshold between visual light and infrared radiation.

That means it could see things in the dark when the human eye can no longer keep up.

The researchers also claim the eye can react to changes in light faster than a human one, allowing it to adjust to changing conditions in a fraction of the time.

Each square centimeter of the artificial retina can hold about 460 million nanosize sensors, dwarfing the estimated 10 million cells in the human retina. This suggests that it could surpass the visual fidelity of the human eye.

Fan told Inverse that "we have not demonstrated the full potential in terms of resolution at this moment," promising that eventually "a user of our artificial eye will be able to see smaller objects and further distance."

Other researchers who were not involved in the project pointed out that plenty of work still has to be done to eventually be able to connect it to the human visual system, as Scientific American reports.

But some are hopeful.

"I think in about 10 years, we should see some very tangible practical applications of these bionic eyes," Hongrui Jiang, an electrical engineer at the University of Wisconsin–Madison who was not involved in the research, told Scientific American.

Read This Next
Futurism
MIT Engineers Develop Glowing Plants Using Nanoparticles
More on Robots & Machines
FROM THE DEPT. OF...
Yesterday on futurism
Byte-Sized Review: LG CineBeam Is a Premiere-Worthy But Pricey Home Projector
FROM THE DEPT. OF...
Yesterday on futurism
Best Drones Under $100 in 2022
FROM THE DEPT. OF...
Yesterday on futurism
Best Karaoke Machines for 2022
READ MORE STORIES ABOUT / Robots & Machines
Keep up.
Subscribe to our daily newsletter to keep in touch with the subjects shaping our future.
+Social+Newsletter
TopicsAbout UsContact Us
Copyright ©, Camden Media Inc All Rights Reserved. See our User Agreement, Privacy Policy and Data Use Policy. The material on this site may not be reproduced, distributed, transmitted, cached or otherwise used, except with prior written permission of Futurism. Fonts by Typekit and Monotype.