He's not the only one to blame. 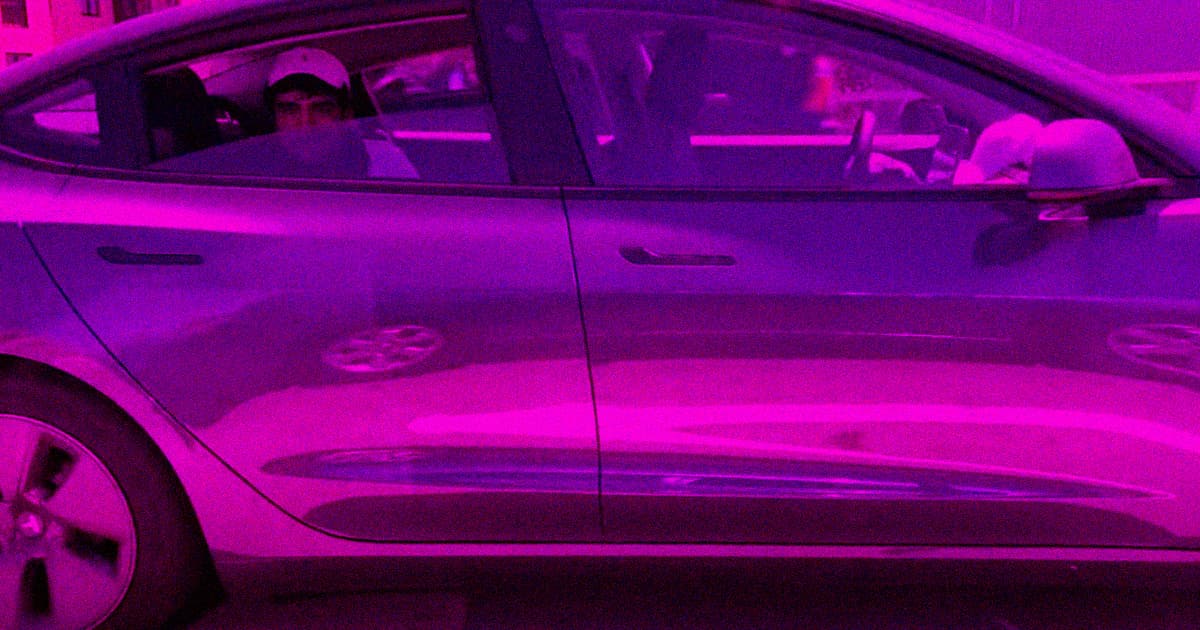 Some people never learn their lesson.

A 25-year-old named Param Sharma was locked up by the California Highway Police (CHP) this week for reckless driving and disobeying a peace officer, according to ABC News, in what appears to be the latest incident of a driver abusing Tesla's self-driving features.

Multiple videos uploaded to Instagram show Sharma repeatedly riding Tesla vehicles from the back seat, while seemingly using his foot to fool the car into thinking there's someone at the wheel — a series of incredibly incriminating pieces of evidence, as Vice points out.

And Sharma is still doubling down, bragging abut the stunt and taunting authorities. In one video posted on Wednesday, Sharma brags about how he "just got out of jail."

"Bitch, tell the CHP I bought my license," reads the caption on one video.

It's yet another instance of somebody easily abusing Tesla's self-driving tech for a reckless stunt that could have easily turned deadly.

The reports couldn't have come at a worse time for Tesla, as federal investigators are looking into a deadly crash last month in which neither of the two passengers were found in the driver's seat — a claim that has been refuted by Tesla.

Sharma has a long history of trying to be the "center of attention" and being a "constant thorn in the side of the school administration," according to former classmates who spoke with the San Francisco Chronicle.

"That was my Tesla and I got it only to commute from the back seat," a person who claimed to be Sharma told the newspaper over the phone.

The repeat offender is now being investigated by the CHP, according to Vice.

"We’re conducting a thorough investigation that will consider the possibility of previous incidents and obviously his social media," a spokesperson told the outlet. "With the investigation we consider everything and this will be thorough."

While blame should fall on Sharma and his dangerous actions, his stunts go to show just how easy it is to manipulate Tesla vehicles into "driving themselves."

Tesla has long prided itself on its Autopilot and "Full Self-Driving" technologies, features that still fall short of actual autonomous driving.

While Tesla will be the first to admit that no, Teslas won't completely drive themselves, Sharma's actions go to show how hazy that information remains in the eyes of the public. His stunts — as well as a recent investigation by Consumer Reports — illustrate just how easy it is to manipulate the company's self-driving features.

Whether regulators are willing to step in remains to be seen. The National Highway Traffic Safety Administration (NHTSA) has opened some 28 investigations into crashes involving Tesla vehicles, with 24 active today, according to CNBC.

In July 2020, the NHTSA was investigating 19 crashes involving "some form of advanced driver assistance system" that "was engaged at the time of the incident," according to a statement obtained by Reuters.

If regulators aren't willing to step in, Tesla should probably clean up its act by condemning these reckless stunts, revamping its marketing and the names of its self-driving features to better reflect reality, and ensuring via software updates that a simple foot touching the steering wheel from the back seat won't fool its systems.

That may be a tall order since Tesla has decided to fully dissolve its entire PR department in October of last year — meaning that public communications will likely fall on the company's mercurial CEO, Elon Musk.

READ MORE: Bay Area man charged with reckless Tesla stunt was once declared 'the most spoiled kid in the US' [SFGate]

More on the incident: Cops Arrest Man For Driving Tesla With Nobody in Drivers Seat