Person Furious That Someone Right Click Saved Their Precious NFT

"You are mad that you don't own the art that I own. Delete that screenshot." 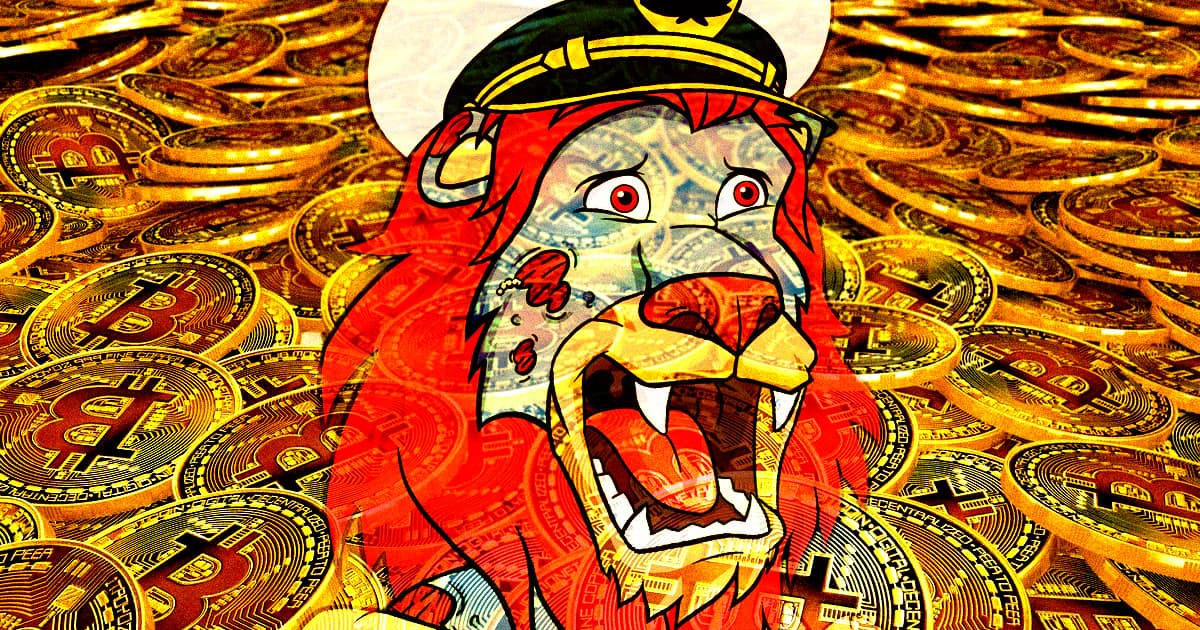 In a mystifying new trend, people are willing to spend an astonishing amount of money on digital pieces of artwork in order to own exclusive rights to them.

Non-fungibles tokens, or NFTs, have become a mainstay of the cryptocurrency world, offering those who have plenty of cash or crypto to spare a way to "reinvest" it in what they say is exclusive ownership over what often amounts to not much more than a cartoon image of an angry ape or a whale wearing a top hat.

In short, it's not exactly about the artistry — it's about making claims over ownership using blockchain. What exactly are crypto-heads getting when buying an NFT? Beyond often dubious resale value, it's a surprisingly difficult question to answer.

Some NFT collectors are upset that vandals are right-clicking on their newly-purchased digital assets and hitting "save as." After all, copying an NFT is often as simple as that.

Most recently, Twitter user SaeedDiCaprio got confronted by an investor.

"You think it's funny to take screenshots of people's NFTs, huh?" the rando messaged him on Twitter, according to a screenshot he posted of the exchange. "Property theft is a joke to you? I'll have you know that the blockchain doesn't lie. I own it."

"I could make a whole NFT collection of screenshots of me right clicking and saving the image and sell it," he wrote in a follow-up tweet.

It's an admittedly hilarious exchange that goes to show just how strange — and absurd — the NFT trend really is. It's trivially easy to copy NFT artwork and disseminate it elsewhere. Even the blockchain isn't always able to back up claims of rightful ownership, depending on the platform selling the NFTs.

But that's not exactly the point, either.

"Even if you save it, it's my property," the upset user wrote in their message. "You are mad that you don't own the art that I own. Delete that screenshot."

The artwork in question, titled "Lazy Lions #348," belongs to a collection hosted by OpenSea and bids have surpassed $5,000 at the time of writing.

In some circles, the kind of attitude shown by SaeedDiCaprio is being labelled as "right-clicker mentality," Vice reported this week. It's a term first coined by NFT collector and creator Midwit Milhouse, who complained at the time that somebody was cheaply recreating gold-coated steaks online.

According to Milhouse, it was a homebrewed version of a steak popularized by internet sensation Salt Bae, who was selling the creation for $2,000 at his restaurant in London.

"Sure, you can make your own gold-coated steak for 65GBP, but then you don’t have the satisfaction, flex, clout that comes from having eaten at Salt Bae’s restaurant," Milhouse wrote in a tweet last month.

"The value is not in the cost of the steak," Milhouse argued. "It's all about the flex."

Right clicker mentality is a term that cuts right down to the crux of the misunderstanding. It's been appropriated, in fact, to mock the entire concept of ownership for ownership's sake, as is often the case with NFTs.

Despite the kerfuffle, the tokens are still selling for plenty of cash — and that's also inviting all kinds of shenanigans. Most recently, an NFT developer took off with about $2.7 million siphoned out of an NFT project's funds.

And NFT collectors have essentially no recourse in that kind of scenario. As with cryptocurrencies, NFTs are being traded inside a regulatory vacuum. It's the Wild West — and the only real rule is "buyer beware."

NFTs are an ostentatious display of contemporary wealth: by owning a simple JPG, collectors are hoping to invest their money, while also status signaling.

But that doesn't amount to much for those who aren't operating within those circles. The mockery, justified or not, will likely go on as long as NFTs are still being traded.

All told, fully embracing concept of value when it comes to NFTs takes some serious mental gymnastics. No wonder many aren't buying it.

READ MORE: What the Hell Is ‘Right-Clicker Mentality’? [Vice]

More on NFTs: McDonald's Created a McRib NFT Because We Live in Hell

Read This Next
Apes Ahoy
A Major NFT Project Is Falling Apart in a Storm of Lawsuits
Rube Goldbergian
The Dune NFT Project Is Back With an Inscrutable New Scheme
Regulating Crypto
Hillary Clinton Calls Out Crypto Exchanges for Letting Russia Bypass Sanctions
Wrong-Clicker
Knockoff eBay NFTs Are Kind of Based, Actually
Sad!
Melania Trump Accused of Secretly Buying Her Own NFT to Avoid Disgrace
More on Future Society
Doomsday Prep
Yesterday on the byte
Elon Musk Sells Almost $7 Billion In Tesla Shares For Twitter Deal
Google Gone Offline
Yesterday on the byte
Mysterious Explosion At Google Injures Workers Hours Before Major Outage
Things That Happe...
Monday on the byte
Dirtbag Behind Homeless Man GoFundMe Scam Sentenced to Prison
READ MORE STORIES ABOUT / Future Society
Keep up.
Subscribe to our daily newsletter to keep in touch with the subjects shaping our future.
+Social+Newsletter
TopicsAbout UsContact Us
Copyright ©, Camden Media Inc All Rights Reserved. See our User Agreement, Privacy Policy and Data Use Policy. The material on this site may not be reproduced, distributed, transmitted, cached or otherwise used, except with prior written permission of Futurism. Fonts by Typekit and Monotype.