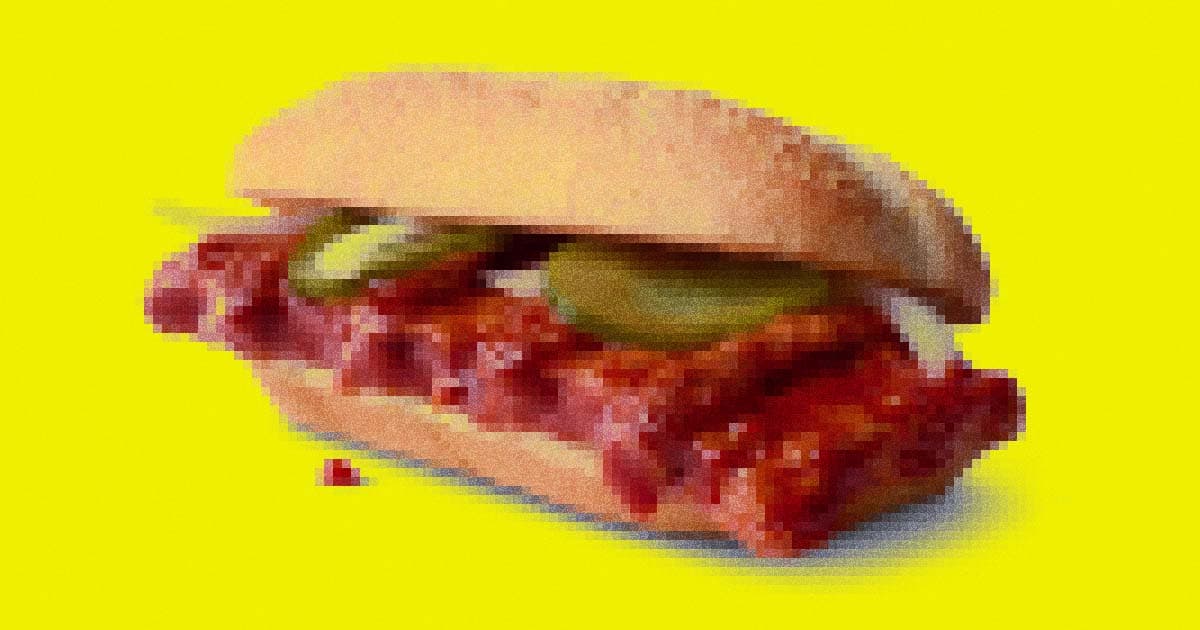 McDonald's Created a McRib NFT Because We Live in Hell

This is the lamest dystopia ever.

This is the lamest dystopia ever.

McDonald’s has announced that the McRib is back — kind of.

In a tiring display of late-stage capitalism, the burger chain announced that it's created McRib NFTs in celebration of the sandwich’s 40th anniversary, according to a press release. The company added that it would be giving away the NFTs as part of a sweepstakes on Monday November 1st to give people "the chance to enjoy it year-round… digitally."

"Our McRib NFTs are digital versions of the fan favorite sandwich — almost as saucy as the McRib itself — and we’re giving them away to a few lucky fans on Twitter beginning Nov. 1," the press release read.

All that sauce — and not a drop of irony.

The restaurant giant isn’t the first to get into the NFT trend. Megacorps including Coca-Cola, Taco Bell, and Nike have all offered NFTs to its customers this year. The only difference with McDonald's is that it's giving away the McRib tokens for free, as part of a marketing ploy for the sandwich’s upcoming release.

Honestly, that’s to be expected. Jumping aboard flashy trends are easy ways for corps to gin up hype and extra money — but boy, oh boy is it tiring.

Nothing quite sucks the fun and cool factor out cool new tech quite like the Golden Arches using it to peddle a sandwich. Unfortunately, it just shows that, in a lot of ways, we are truly living in a cyberpunk dystopia — one where behemoth corps will use any and all digital tools to make a buck, while most of us will eat it up like so many McRib sandwiches.

nvm
NFT Marketplaces Say Oops, Paying Royalties to Artists Is Optional Now
Nov 8
Read More
Staking Ether
Oops! Ethereum's Merge May Cause Huge Problems With the SEC
Sep 19
Read More
Behind Bars
Guy Sentenced to Prison for Changing People's Cash Into Bitcoin
Sep 11
Read More
+Social+Newsletter
TopicsAbout UsContact Us
Copyright ©, Camden Media Inc All Rights Reserved. See our User Agreement, Privacy Policy and Data Use Policy. The material on this site may not be reproduced, distributed, transmitted, cached or otherwise used, except with prior written permission of Futurism. Articles may contain affiliate links which enable us to share in the revenue of any purchases made.
Fonts by Typekit and Monotype.