A Pastor Refused to Close Church Due to COVID. Then It Killed Him

"I firmly believe that God is larger than this dreaded virus," he said before the virus killed him. 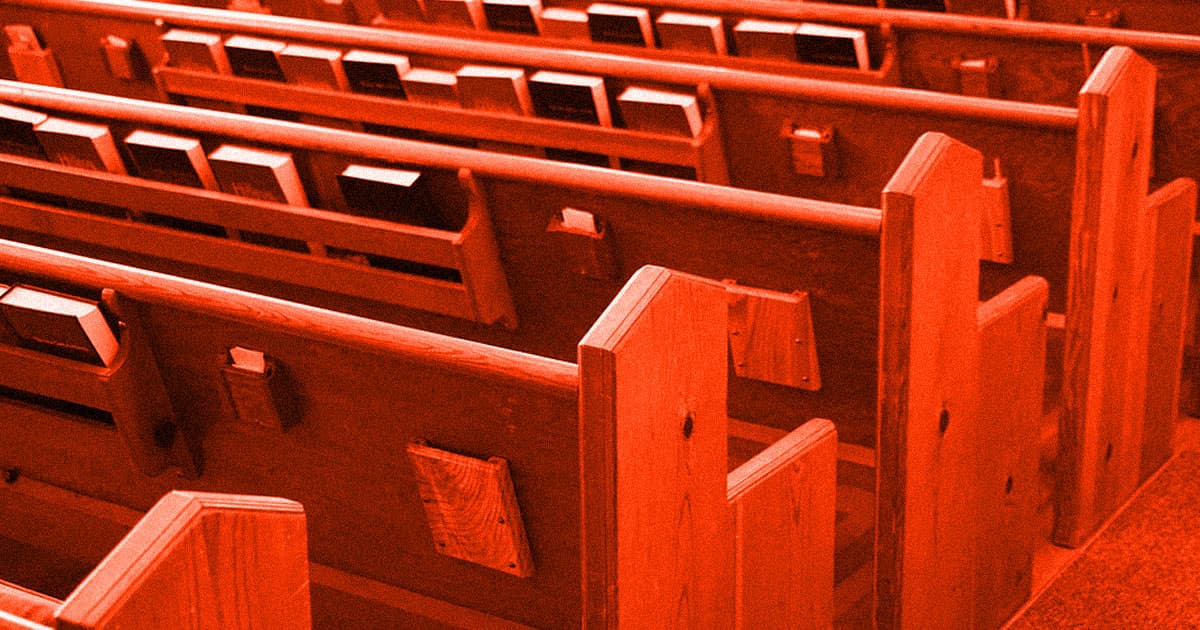 Bishop Gerald Glenn, a prominent evangelical pastor in a community near Richmond, Virginia has passed away on Saturday evening from illness related to COVID-19, according to local news.

The news comes after Glenn told his congregation on March 15 that "I firmly believe that God is larger than this dreaded virus" — just days after Virginia governor Ralph Northam urged residents to avoid gatherings of more than ten people, according to The Washington Post.

According to a video of the sermon, Glenn told those who gathered "just imagine if the government had the authority to say, you and me, we can’t go to church. Aren’t you glad you were free to get up and come?"

Religious leaders in other parts of the country have also chafed at the idea of staying home during church.

Three pastors in California decided to sue officials over measures that stopped worshippers from attending church service, CNN reports, even in Sacramento County, one of the largest outbreak clusters in the nation. Seventy-one people connected to a single church were infected, according to CNN.

Despite the very real danger, 11 state governments decided to make exceptions for religious gatherings, according to CNBC. The list even includes New York, currently the state with the most cases, despite "strongly recommending" to halt in-person services, as Newsweek reports.

Places of worship are "not subject to penalty," while "public and private gatherings of any number of people" from more than a single household are barred, according to an order signed by Michigan governor Gretchen Whitmer.

Not all religious institutions are fighting for their right to congregate. The Mormon church, for instance, has come out in support of suspending religious gatherings.

READ MORE: Prominent Virginia pastor who said ‘God is larger than this dreaded virus’ dies of covid-19 [The Washington Post]

More on the virus: Why Rolling Coronavirus Patients Onto Their Stomachs Is Saving Lives

Read This Next
Sexy Masks
Study: Face Masks Make People Look More Attractive
Stranded
Man Lost at Sea for 30 Days Says It Was a "Nice Break" From Pandemic
Throwing Memes
Chinese State News Agency Floods Social Media With Anti-America COVID Memes
R-E-S-P-E-C-T
Here's Why People Are Calling Elon Musk a "Space Karen"
Cozy Bears
State-Backed Russian Hackers Are Targeting Coronavirus Vaccine Research
More on Future Society
Down in Flames
Yesterday on the byte
Elon Musk Apparently Thinks Twitter Is a "Flaming Dumpster Rolling Down the Street"
All Tomorrow's Pa...
Yesterday on the byte
Party Startup Says It Has Zero Plans to Make Any Money With Investors' Funds
Primate Theft
Tuesday on the byte
It Was a Very Bad Weekend for Monkeys Being Stolen From Zoos, Apparently
READ MORE STORIES ABOUT / Future Society
Keep up.
Subscribe to our daily newsletter to keep in touch with the subjects shaping our future.
+Social+Newsletter
TopicsAbout UsContact Us
Copyright ©, Camden Media Inc All Rights Reserved. See our User Agreement, Privacy Policy and Data Use Policy. The material on this site may not be reproduced, distributed, transmitted, cached or otherwise used, except with prior written permission of Futurism. Articles may contain affiliate links which enable us to share in the revenue of any purchases made.
Fonts by Typekit and Monotype.