And he’s calling it a “brave new world.”

The leader of the free world got to try out virtual reality at an industrial technology trade fair in Hanover, Germany, calling the technology a “brave new world.” Obama shared the moment with fellow world leader Angela Merkel when they visited an exhibition stand by the ifm group of companies.

When Obama asked what possible applications could be realized with the technology, pmdtechnologies CEO and Chairman Dr. Bernd Buxbaum said that it could be used in “men-machine-interfaces, playing chess in the VR world, scanning objects or environments even with your smartphone to enable 3D collaboration or the share 3D objects.” 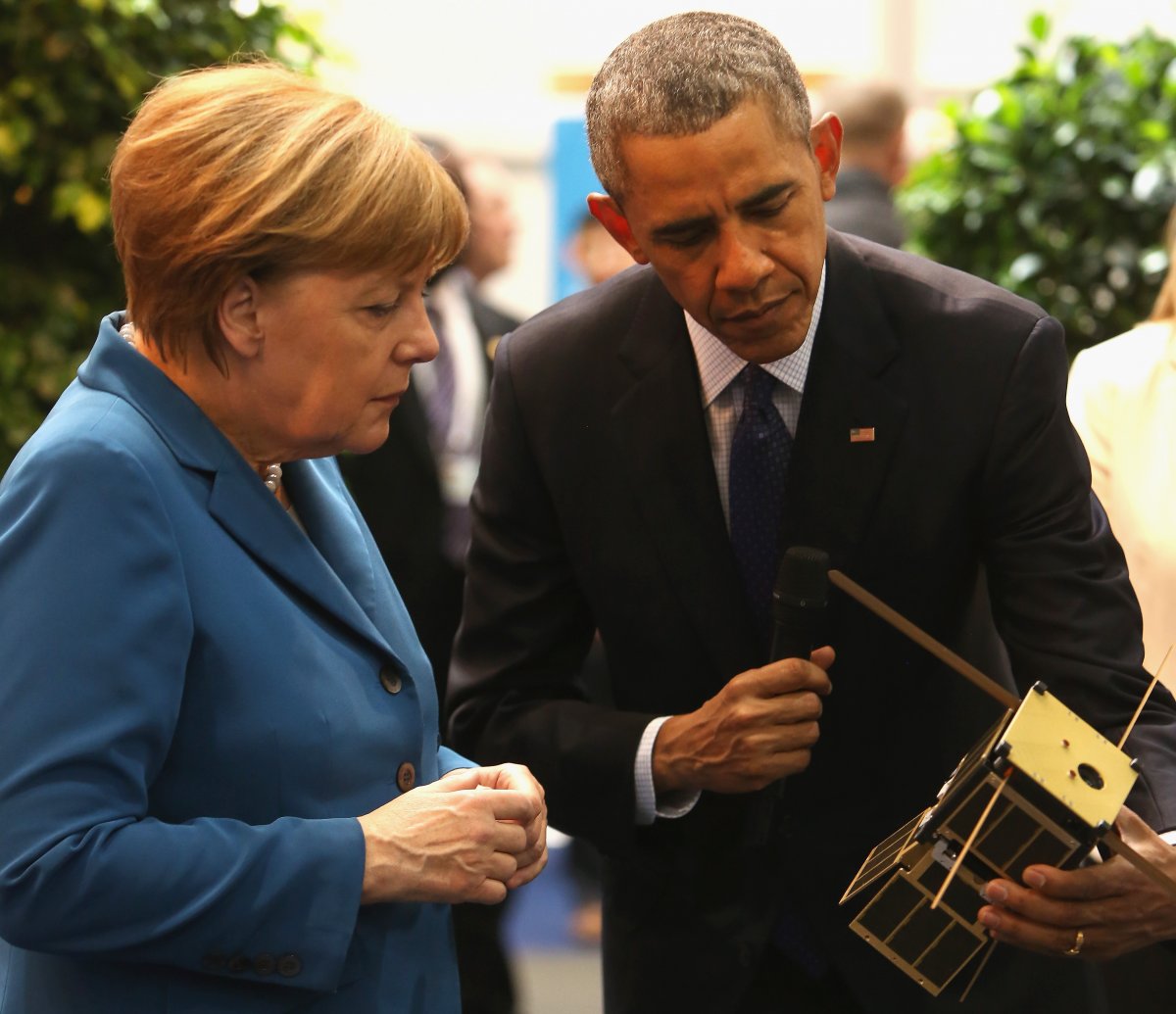 The headset that Obama was trying out was created by pmdtechnologies ag (pmd). It’s a 3D camera mounted in a Google Cardboard that shows your hands in the VR screen. This makes it possible to use gesture control.

pmd is a Google depth sensing partner for Project Tango and is making its 3D technology available to developers for Cardboard. The technology is based on the time-of-flight (ToF) principle. The camera measures the travel time of the emitted infrared light to and from an object. This results in the measured distance of every pixel on the 3D image sensor.

This camera creates a depth map that can be used in room and object scanning, a host of AR/VR applications, and hand tracking. The ToF architecture is scalable and flexible enough for even smartphones, which will open it up to a wide range of applications.

“We’re absolutely excited about our first Hackathon and can’t wait to see the hackers put their hands on the technology – and into the VR world! The outcomes will be great and game-changing, that’s already foreseeable,” said Jochen Penne, Director Business Development at pmd.

pmd is also sponsoring the Techcrunch Hackathon 2016 in New York City, which is aimed at equipping hackers with the skills and resources to develop software for new VR experiences.