Cops: if you flag police checkpoints, you're breaking the law. 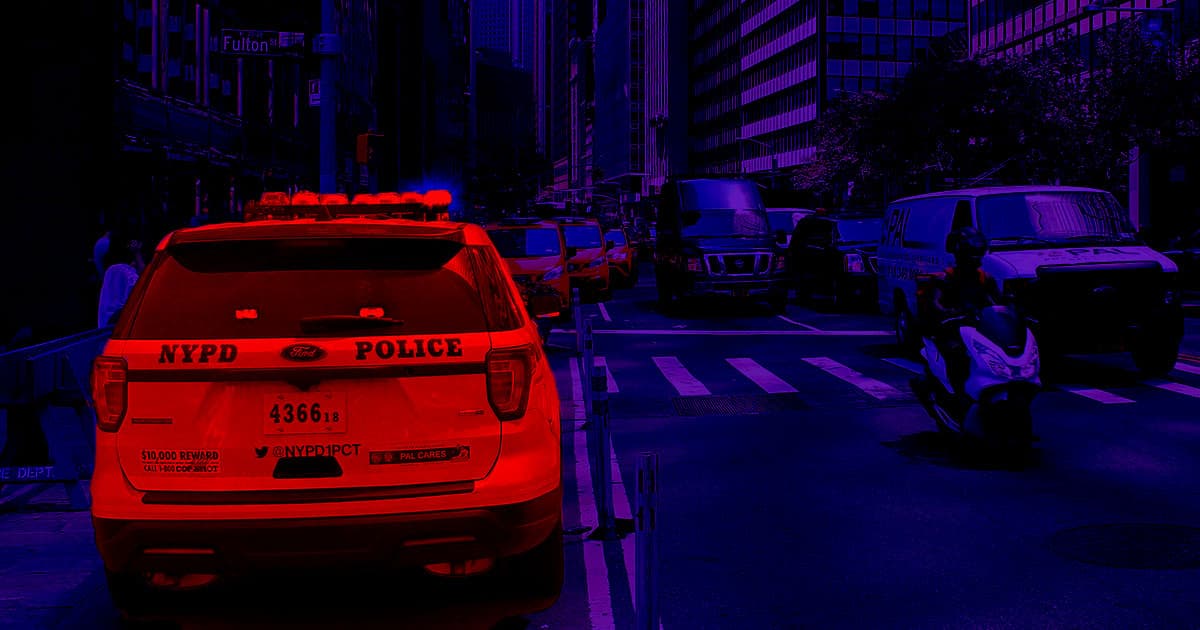 The NYPD recently sent a cease and desist letter to Google over the weekend. The letter argues that the Waze feature is irresponsible — and that the individuals who flag police checkpoints could be considered to have participated in criminal behavior, according to CBS New York.

CBS New York and StreetsBlog NYC published portions of the NYPD’s letter. The bulk of the letter, copied below, makes it clear that the NYPD sees the feature as a tool that helps people get away with drunk driving.

"Individuals who post the locations of DWI checkpoints may be engaging in criminal conduct since such actions could be intentional attempts to prevent and/or impair the administration of the DWI laws and other relevant criminal and traffic laws. The posting of such information for public consumption is irresponsible since it only serves to aid impaired and intoxicated drivers to evade checkpoints and encourage reckless driving. Revealing the location of checkpoints puts those drivers, their passengers, and the general public at risk."

This isn’t the first time that police have complained about Waze’s police-tracking feature. The National Sheriff's Association first raised concerns about the service back at a 2015 meeting, according to Mashable, after a cop-killer posted Waze screenshots to Instagram suggesting they were using the app to track down police.

But this time, the NYPD is playing hardball. The letter goes on:

"The NYPD will pursue all legal remedies to prevent the continued posting of this irresponsible and dangerous information."

Read This Next
Critical Flaws
Tesla Reportedly Sold Batteries It Knew Could Catch Fire
Shuttle Butt
We Took a Ride on NYC's First Self-Driving Shuttle
Dangerous Autonomy
Video Shows Tesla Autopilot Steering Toward Highway Barriers
Tiltrotor Down
A "Tiltrotor" Helicopter May Replace the Army's Black Hawk
Easy Access
Apple Patented Facial Recognition to Unlock Your Car
More on Advanced Transport
Quelle Surprise!
Yesterday on the byte
Of Course Elon Musk Is Pushing The Cybertruck Back Again, What Did You Expect?
Stay Away
Wednesday on the byte
New SUV Features Electrified Door Handles and Pepper Spray Guns
No Fly
Monday on the byte
The TSA's Entire No Fly List Appears to Have Just Leaked
READ MORE STORIES ABOUT / Advanced Transport
Keep up.
Subscribe to our daily newsletter to keep in touch with the subjects shaping our future.
+Social+Newsletter
TopicsAbout UsContact Us
Copyright ©, Camden Media Inc All Rights Reserved. See our User Agreement, Privacy Policy and Data Use Policy. The material on this site may not be reproduced, distributed, transmitted, cached or otherwise used, except with prior written permission of Futurism. Articles may contain affiliate links which enable us to share in the revenue of any purchases made.
Fonts by Typekit and Monotype.