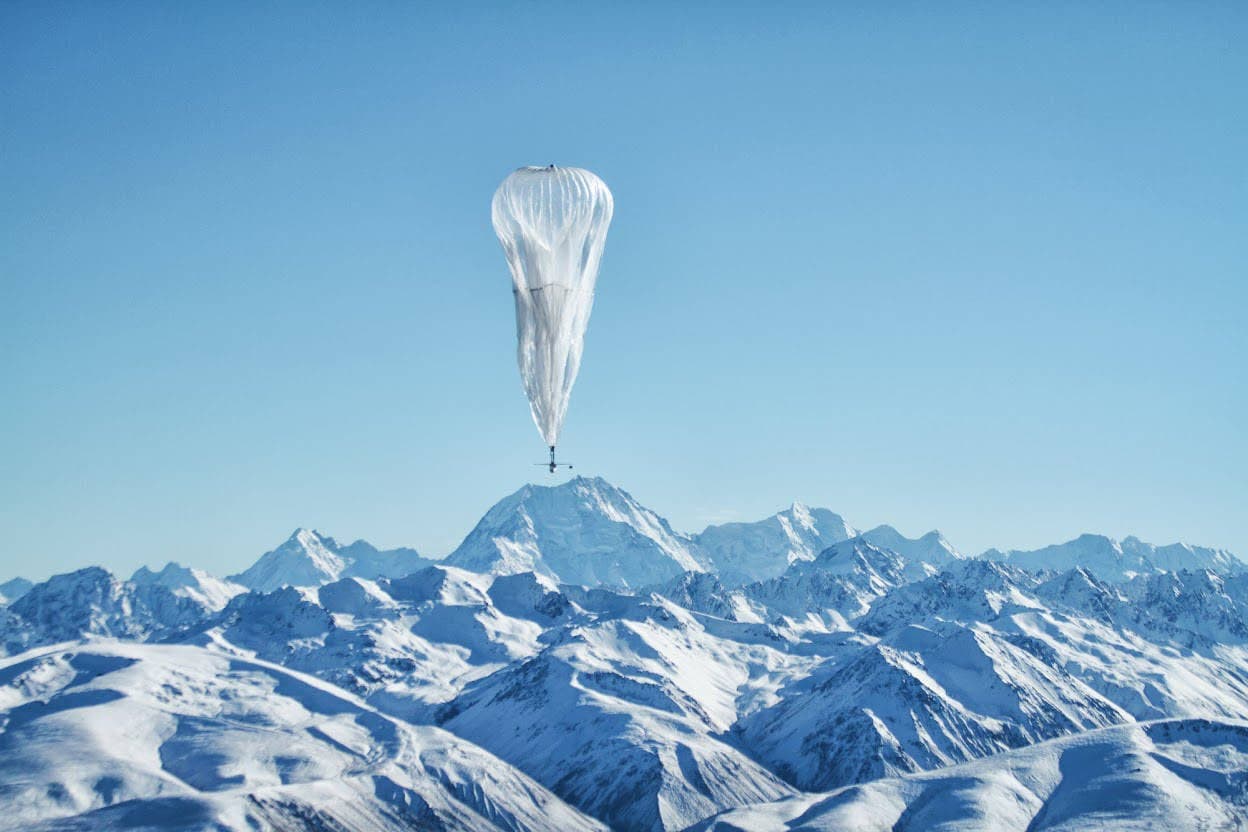 Google's internet-delivering balloons don't seem to be off to such a great start. The tech is part of the company’s high-speed Internet service known as “Project Loon.” They are meant to soar through the skies and deliver internet service to remote areas.

It's a noble endeavor, to be sure. However, the balloon reportedly crashed in a Sri Lankan tea plantation during its maiden test flight, local police said in an interview with the press.

"Tea plantation workers found it crashed in the plantation. They picked up the pieces and brought it to the station,” an officer, who was not authorized to speak with media, stated to the AFP by phone.

Notably, Sri Lanka’s Information and Communication Technology Agency, which is coordinating the tests with Google, described the landing as controlled and scheduled.

#google #loon ballon safely landed under standard operating procedures in #lka as a part of the test. @icta_srilanka @fernandoharin

"Many of us think of the Internet as a global community. But two-thirds of the world's population does not have internet access. Project Loon is a network of balloons traveling on the edge of space, designed to connect people in remote areas, help fill coverage gaps and bring people back online after disaster," the company explains on their website.

And there is still much hope for bringing the project to light as, notably, this is not the first crash.

"We busted a lot of balloons,” said Astro Teller, head of Alphabet’s X unit (formerly Google X), showing off some of the designs to the crowd at the annual TED conference, held in Vancouver. Eventually the researchers managed to create a balloon that traveled around the world 19 times in 187 days. To that end, they just launched the tech in Sri Lanka. It seems that it will just take a little longer to perfect.

Teller asserts that the project is very much moving forward, and Alphabet is in talks with carriers around the world. “It will change the world in ways we cannot possibly imagine,” he adds.

Read This Next
From Our Partners
Save On Learning New Skills With These Pre-Black Friday Doorbusters
From Our Partners
Act Fast And Get These Top eLearning Bundles For $15 Each
From Our Partners
Build Your IT and Ethical Hacking Career With These Training Packages
From Our Partners
Clariti: it's like desktop folders, but smarter
From Our Partners
Get The Software Engineering Skills Your Career Needs With This Prep Training
More on Sci-Fi Visions
HIV Vaccine
Yesterday on neoscope
Scientists Hopeful About Promising Results From HIV Vaccine
LIfe Finds a Way
Thursday on the byte
Billionaire Private Astronaut Suggests Reviving Dinosaurs
Health Revelation
Nov 22 on neoscope
Chris Hemsworth Reveals Grim Genetic Test Results, Will Take Break From Acting
READ MORE STORIES ABOUT / Sci-Fi Visions
Keep up.
Subscribe to our daily newsletter to keep in touch with the subjects shaping our future.
+Social+Newsletter
TopicsAbout UsContact Us
Copyright ©, Camden Media Inc All Rights Reserved. See our User Agreement, Privacy Policy and Data Use Policy. The material on this site may not be reproduced, distributed, transmitted, cached or otherwise used, except with prior written permission of Futurism. Articles may contain affiliate links which enable us to share in the revenue of any purchases made.
Fonts by Typekit and Monotype.