US Intelligence Warned of "Cataclysmic" Coronavirus in November

"What is surprising and disappointing is that the White House ignored the clear warning signs." 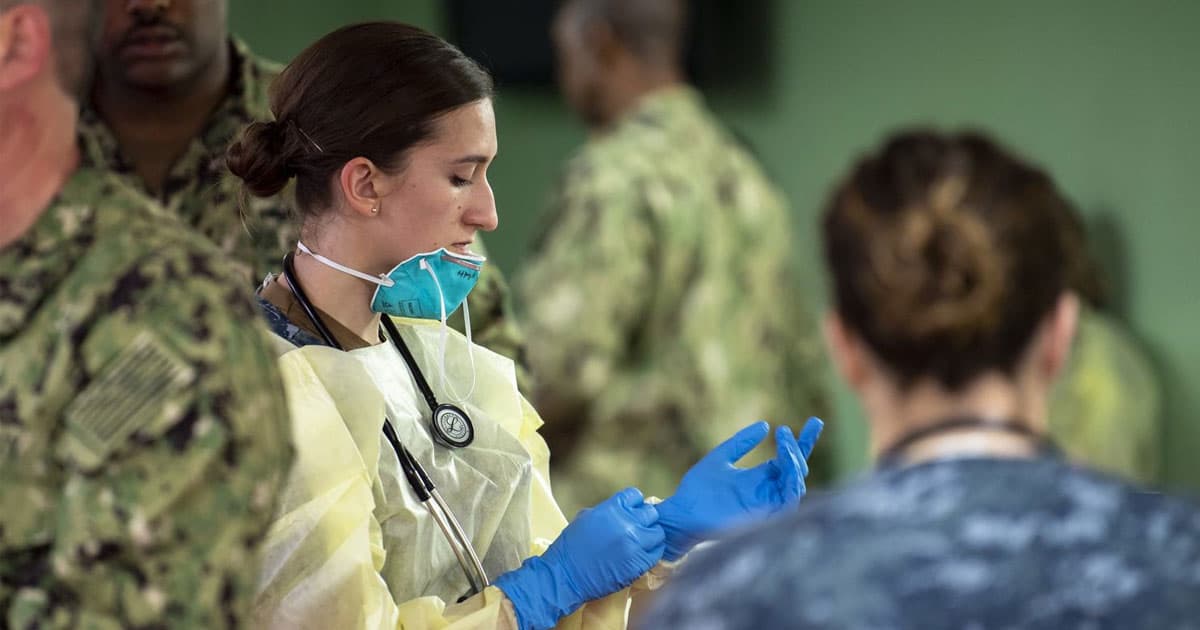 New reports suggest that the U.S. military knew about the coronavirus spreading through China as far back as late November — significantly longer than official timelines of the outbreak suggest.

They said that the Defense Intelligence Agency, the Pentagon’s Joint Staff, and the White House were all made aware of the outbreak in November, making the American government's delayed and disjointed response to the pandemic all the more alarming.

"Analysts concluded it could be a cataclysmic event," one of the officials told ABC News.

The Chinese government didn't disclose the outbreak until December 27, meaning the U.S. had an extra month to try and prepare for the onslaught.

In January, the U.S. confirmed its first case of COVID-19. Trump downplayed the outbreak and didn't declare a state of emergency until mid-March. Tests and treatments for the disease still remain inaccessible.

If ABC News' sources are telling the truth about the NCMI report — the Pentagon denies that it exists — that means that the U.S. government chose to ignore the threat of the new coronavirus for months.

"It's not surprising to me that the intelligence community detected the outbreak," former Department of Homeland Security undersecretary and current ABC News contributor John Cohen told ABC. "What is surprising and disappointing is that the White House ignored the clear warning signs, failed to follow established pandemic response protocols and were slow to put in place a government-wide effort to respond to this crisis."

More on the pandemic: Trump Threatens to Pull Funding for the World Health Organization