Trump Threatens to Pull Funding for the World Health Organization

Minutes later, he backtracked and contradicted himself. 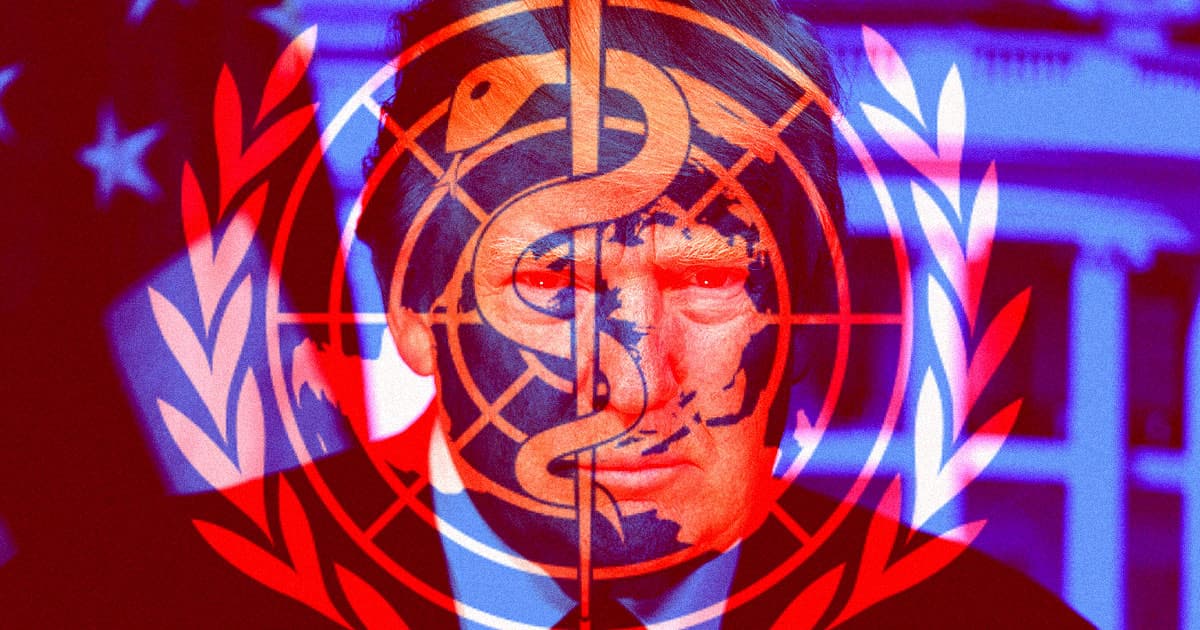 U.S. President Donald Trump is now trying to place the blame for the coronavirus pandemic on the World Health Organization (WHO).

Trump directed his ire at the WHO during Tuesday's coronavirus task force briefing, during which he threatened to place "a very powerful hold" on the funds that the U.S. contributes to the international organization, The Guardian reports.

Trump, arguably searching for a scapegoat for his own administration's myriad failures, accused the WHO of bungling the global coronavirus response and withholding crucial information from the world, according to The Guardian. However, the WHO actually sounded the alarm and declared the coronavirus outbreak a global crisis more than a month before Trump declared a state of national emergency.

That puts the WHO among the ranks of the Obama administration, his own government agencies, Democrats, the media, and China, all of which Trump has previously blamed for the ongoing global crisis.

A few minutes after he first threatened to withhold his funding, a reporter challenged Trump's decision to defund the WHO during a global pandemic. In response, The Guardian reports that Trump denied that he had done so and immediately backtracked his comments.

"I'm not saying I'm going to do it but we're going to look at [it]," Trump then said about pulling financial support.

READ MORE: Trump threatens to hold WHO funding, then backtracks, amid search for scapegoat [The Guardian]

More on the WHO: WHO Special Adviser: Trump’s Coronavirus Remarks Were “Incoherent”