A New Prosthetic Arm Takes the Place of a Phantom Limb

The two amputees in the study barely had to practice moving the robotic arm. 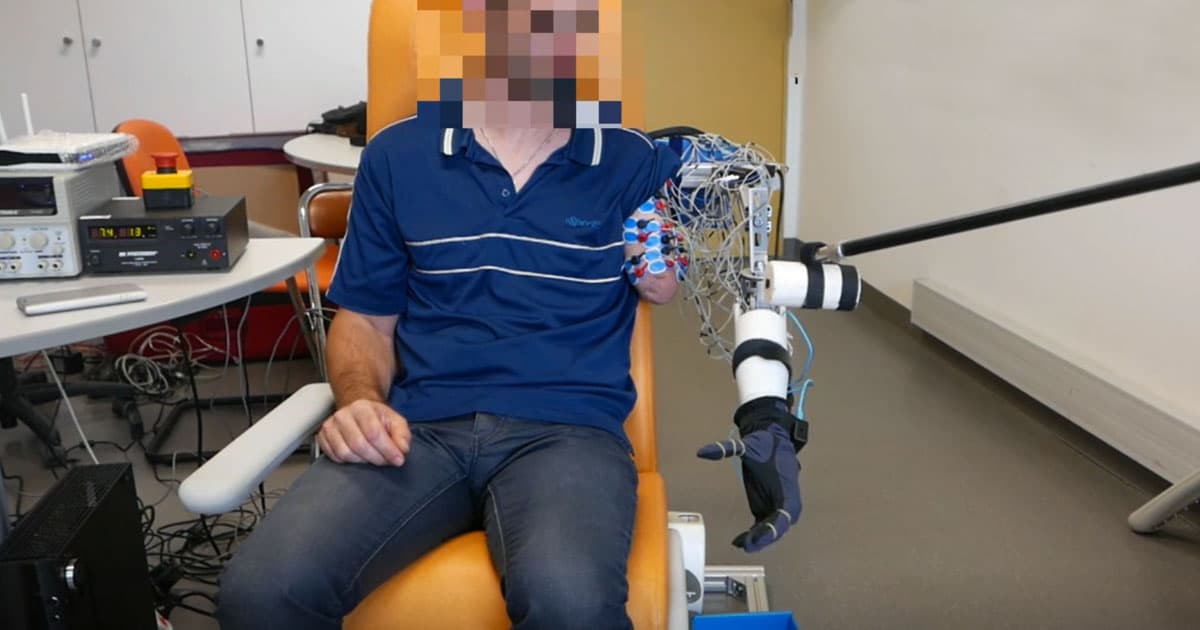 Many amputees sometimes feel like the limb they lost is still there. For reasons that aren't fully understood, these phantom limbs are registered as extant limbs by the brain, and may lead to feelings of clenched muscles, itching, burning, and pain.

A new robotic arm harnesses the phenomenon by hijacking the wayward signals that people's brains try to send to phantom limbs — and using them to control the prosthesis.

With minimal training, two people outfitted with the new robotic arm were able to use it to grab and drop objects by trying to control their phantom limbs, according to research published Thursday in the journal Frontiers in Bioengineering and Biotechnology.

In a video of one of the experiments, a participant uses the robot arm — connected but not attached to their body — to reach up and grab an object and drop it into a bucket.

The robotic arm reads myoelectric signals — it picks up on nerve impulses through the participants' skin — to determine what the participant is trying to tell their phantom limb to do. The robot arm rotates its wrist, bends its elbow, and is able to grasp just as a biological arm might, albeit more slowly.

Myoelectric readings, the researchers note in their paper, are not the best way to control robotic limbs. They tend to be slower and clunkier than when prostheses are directly connected to a person's muscles and nerves. But for the sake of demonstrating that their phantom limb-decoder worker, through-the-skin readings did just fine.

The real key here is that these new prosthetic limbs use signals that the brain is already accustomed to sending — should they someday hit the market, people may be able to skip much of the difficult and cumbersome training that accompanies getting accustomed to most prostheses.