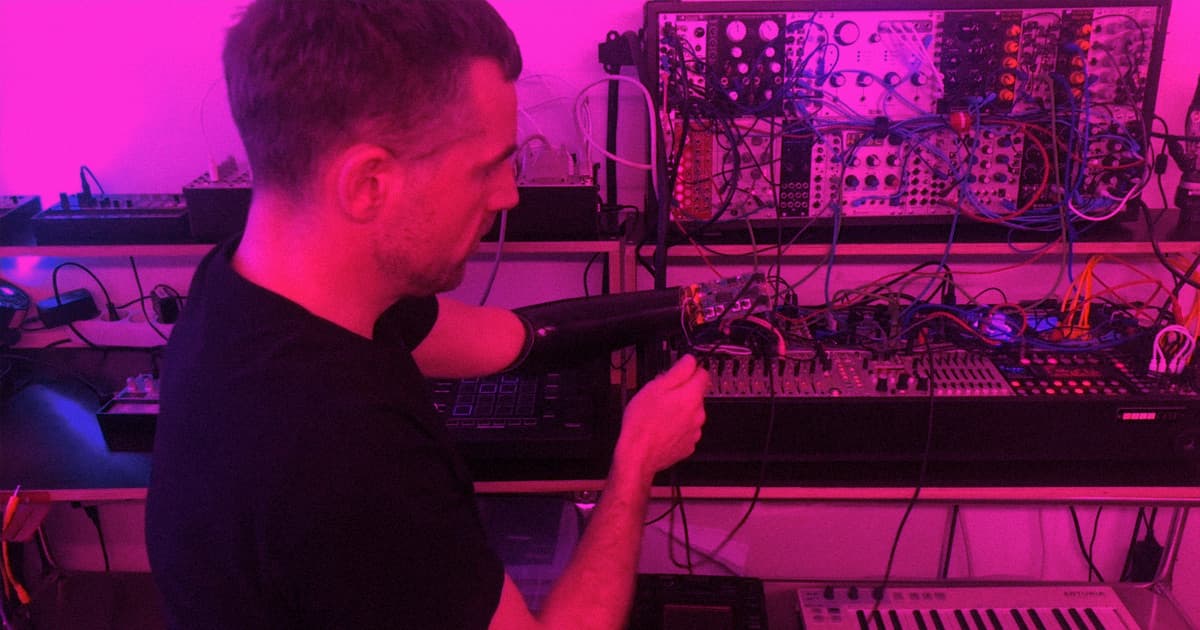 This Guy Hacked His Prosthetic Arm to Control Musical Instruments

He can control synthesizers with his mind.

He can control synthesizers with his mind.

Bertolt Meyer, a professor of psychology at the Chemnitz University of Technology, was born without a lower left arm.

Years ago, that might have been seen as an impediment to learning a musical instrument. But in a riveting new video, Meyer describes how he instead turned his prosthetic arm into a musical superpower — by controlling synthesizers with his mind.

Meyer is an avid DJ and electronic musician, though, and he found that the arm made it difficult to tweak the small dials on his synthesizers. That problem gave him an idea: Find a way to hack his prosthetic arm so that it could control audio equipment using, essentially, his thoughts.

To pull it off, he teamed up with the engineers at musical equipment studio KOMA Elektronik, who helped him fabricate an attachment that can replace the mechanical hand on his prostheses.

But instead of being designed to manipulate objects, the new attachment — he calls it the SynLimb — translates his neural signals into instructions for electronic instruments.

The whole video is worth a watch, but if you want to skip to the part where Meyer controls synthesizers using his brainpower, it starts around the 6:15 mark.

Electronic Skin That Heals Could be the Future of Prosthetics, Robotics
2. 13. 18
Read More
New Thought-Controlled Prosthetics Restore the Sensation of Touch
11. 30. 17
Read More
New Mind-Controlled Prosthetics Are Poised To Transform Humanity
11. 22. 17
Read More
+Social+Newsletter
TopicsAbout UsContact Us
Copyright ©, Camden Media Inc All Rights Reserved. See our User Agreement, Privacy Policy and Data Use Policy. The material on this site may not be reproduced, distributed, transmitted, cached or otherwise used, except with prior written permission of Futurism. Articles may contain affiliate links which enable us to share in the revenue of any purchases made.
Fonts by Typekit and Monotype.